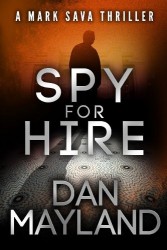 Ex–CIA station chief Mark Sava has settled into a new, easy life as a spy for hire. But then his girlfriend, Daria, discovers the private intelligence agency employing Sava is connected to a strange plot involving a mysterious orphan that somehow has started a black ops war between the CIA, foreign governments and Naval Intelligence. Discovering who is behind the plot will take every skill Mark has and force him to ask favors of people he’d rather not be indebted to.  In this third installment of the Mark Sava Spy Thriller series, author Dan Mayfield has once again featured the political tensions and gripping stakes that BOOKLIST has called “skillfully handled.” THE BIG THRILL sat down with the author to talk about his newest thriller and what’s in store for the future:

This is the third book in the series, set in a part of the world few Americans have heard about. What inspired you to have the character assigned to the Azerbaijan and Kyrgyzstan region?

The long, sensible answer would require me to offer up caffeine injections as a courtesy to readers, so here’s the somewhat-incomprehensible short version: an interest in history and international relations led me to Iran; Iran led me to Azerbaijan (they share a border and majority religion); and Azerbaijan led me to Kyrgyzstan (Azeri and Kyrgyz are both Turkic languages). That and I love to explore.

You seem to rip your plots right out of the newspaper headlines. How do you keep from getting too close to real events, while still keeping it realistic?

I don’t worry about getting too close to real events.

You’ve traveled extensively. If you’ve personally traveled to the region of the books, what did you find most striking that readers might not know about the area or the people?

Hard to pick the most striking thing, but readers often ask, are these places safe to visit? With that in mind, here is a list of countries that I’ve personally visited, are featured in the Sava novels, and that reportedly have a lower murder rate than the United States: Bahrain, the United Arab Emirates, Turkmenistan, Azerbaijan, Nakhchivan (an autonomous region that’s really part of Azerbaijan), Georgia, and Iran. On the upside, we beat out Kyrgyzstan by a nose. This is not an endorsement of the governments of any of these countries, and there are also other factors–e.g., political unrest, lousy health care–to consider. But I still think it’s a telling statistic.

What’s the most interesting thing you learned while working on this book?

More sex change operations take place in Iran than in any other country in the world except for Thailand. No joke! Homosexuality is considered a crime in Iran (their record is both deplorable and heartbreaking on this front), but because of a fatwa issued by the late Ayatollah Khomeini, sex-changes are considered OK—and the government even pays for them. Go figure.

The tension between Mark and Daria was pretty strong in the first book. How would the two of them spend a Valentine’s Day together?

Fun question! Valentine’s Day is a non-event in Central Asia, though, and Mark and Daria have both gone native enough that it wouldn’t occur to either of them to celebrate it. Although in Iran, the holiday has effectively been banned for being un-Islamic, so maybe Daria would buy a heart-shaped box of chocolates or something just to thumb her nose at the regime. Or, Daria and Mark might make a show of celebrating Valentine’s Day at a fancy hotel, but if they did, it would just be to convince foreign intelligence agents that they’re tourists instead of spies. They’re both kinda sneaky that way…

Do you have a planned number of books in the series, or will you keep writing new adventures as long as you can think of stories? What can readers expect from the intrepid spy in the future? Any twists and turns in Mark’s life that this book reveals?

Yes, there absolutely are essential reveals about Mark Sava’s life in SPY FOR HIRE—including where the name Sava came from. As for future books, the next in the series is tentatively titled DEATH OF A SPY and that’s all I’m saying about that.

Will you be touring as a part of the release? If so, where can readers meet up with you this year? If not, how can readers get a signed copy?

I post my appearance schedule on my website, so check there for where I’ll be and when. Signed copies may also be ordered through my website.

My website is a great place to find me, especially since I’ve also posted extras that may be helpful or interesting to have when reading the Sava novels—downloadable maps, discussion questions, lists of characters, links to photos of places featured in the books, and a glossary. I’m on Facebook, but too introverted to post much—I’m more there to listen.

Anything else you’d like readers to know about the reality or Mark?

Great! And I’ll bet that readers are going to love it.  It sounds terrific. 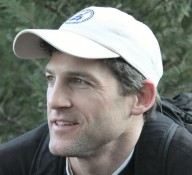 Author of the bestselling Mark Sava thriller series, including THE COLONEL’S MISTAKE and THE LEVELING, Dan Mayland is an international traveler who brings his adventures to life on the page. He lives in Pennsylvania with his family.