Lawyer David Sloane is desperate to get through to his troubled teenaged son Jake and to keep him out of jail. So when his old friend, detective Tom Molia, suggests taking their sons on a guys-only camping trip, Sloane gratefully accepts. But the perfect excursion turns into a horrifying nightmare when the boys are arrested for vandalizing a general store, quickly convicted, and sentenced to the county-owned wilderness detention camp, Fresh Start.

As Sloane fights the conviction, he discovers that local judge Earl Boykin’s authority seems to extend far beyond the confines of his courtroom. Meanwhile on the inside, Jake learns the hard way that this detention center has a very different purpose than rehabilitating troubled youths.

With their legal options exhausted, Sloane and Molia will do anything to save their sons—even mount a daring rescue operation that could win the boys their freedom . . . or get them all killed.

“Dugoni should be cloned” –Miami Examiner

“Dugoni is the undisputed king of the legal thriller” –Providence Journal 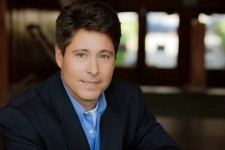 Robert Dugoni is the critically acclaimed and New York Times Best Selling Author of the David Sloane series, The Jury Master, Wrongful Death, Bodily Harm, Murder One and The Conviction. He is also the author of the best-selling stand alone novel Damage Control as well as the nonfiction expose, The Cyanide Canary. Robert also has contributed to several anthologies and is a speaker and national teacher on the craft of writing. Bodily Harm and Murder One were each chosen one of the top five thrillers of 2010 and 2011, respectively.