C.E. Lawrence, aka Carole Bugge, writes it all – cozies, prize-winning plays and poetry, Sherlock Holmes pastiches – but for now she’s concentrating on her series set in New York City and featuring serial killer profiler Lee Campbell. In her new book, SILENT KILLS, which follows SILENT SCREAMS and SILENT VICTIM, Lawrence pits Campbell against a unique killer, a modern-day Steampunk vampire who uses technology to drain his victims of blood.

What kind of person is Lee Campbell? What drives him, personally and professionally?

It’s a funny thing about protagonists.  I don’t know if other writers have this experience, but I spend so much time with my main character, and put so much of myself into him (or her) that I find it hard to answer that question objectively.  There’s too much of me in Lee to step outside him and give an objective answer.

He’s a Wasp, like me, and comes from an upper middle class background.  His parents are Scottish – whereas mine are actually a Euro-Anglo mix from families that have been in this country for centuries.  But he’s definitely from “northern people,” as Garrison Keillor would say – pensive, intellectual, emotionally repressed.  He grew up with starched linen napkins and polished silver and fine old china, but also an appreciation for the arts and the beauty of nature.

His family valued things because they were old, not because they were expensive.  So all of that is in him.  I’d like to think he’s compassionate and courageous and intelligent, but he also has a lot of buried anger – which is one reason he suffers from depression.   (He’s taken up boxing lately, which I think should help get some of that out of his system – and he played rugby in school, as I did.)

What drives him are the two great tragedies in his family.  I have a theory that every family has a defining tragedy.  In the Campbell family, there are two.  The first was his father’s decision to leave when Lee and his sister were both young.  Duncan Campbell just walked away and disappeared from their lives.  Lee has been dealing with the ramifications of that his whole life – it influenced his decision to go into psychiatry as a career.

The second tragedy was the disappearance of his sister.  When that happened, he gave up his private practice as a therapist and got a degree in criminal psychology.  Now he’s a forensic psychologist, and spends his life catching bad guys – like the one who kidnapped and killed his sister (or so he thinks – though I haven’t yet resolved that subplot in the books.)

Writing about a protagonist who suffers from depression must be challenging. Do you use Campbell’s mental state in the plot, or do you try to keep it in the background?

I’ve used his depression a couple of times to twist the plot – he’s having a hard day or is feeling so shaky that it’s difficult to do his job.  But I never let it totally incapacitate him, or at least not for long.  Readers want active protagonists who struggle, so the depression is another thing he has to fight against.

Some days are better than others, as in real life, but it certainly doesn’t define him.  I hope that it does give his character and inner life emotional depth and texture – and not just in a negative way.  When you’ve gone through something that, it can change you in all kinds of ways you can’t possibly predict.  It’s like going “through the fire,” and you can come out a different person.  I think his personality and character are still evolving.

Why did you choose to write a male rather than a female protagonist?

I was a tomboy, and never identified much with girls or traditionally “feminine” pursuits, so my “gender identity” was closer to men than women in a lot of ways.  So for me it wasn’t much of a stretch to write from a man’s POV.  And as a writer I’ve always tried to cultivate what Virginia Woolf called a “proper androgyny.”

My “cozy” mysteries (the Who Killed series, written under the name Carole Bugge) had a woman and an adolescent girl as dual protagonists.  So I guess I wanted a change – also, the thriller genre is darker, and I liked the idea of a male protagonist for that.

And I wanted to write someone I might be able to fall in love with – educated, talented and sensitive, musical, but tormented; kind of a romantic ideal, in a way.  Did I mention he’s drop-dead handsome?

Fictional serial killers usually have bizarre signature methods of killing. How do you come up with something that no other writer has used? What inspired the Van Cortland Vampire in SILENT KILLS?

Wow, really – no one’s used that?  I’m surprised, but cool!  I got into Steampunk the summer before last, and there’s this whole Gothic horror aspect to the culture – vampire hunters are a popular character archetype in the Steampunk world.  So I figured why not have an actual Steampunk vampire?

There are also some real life examples, like the Countess Elizabeth Bathory in the 16th century, who murdered young women and bathed in their blood.  There was a psycho-sexual component to her crimes, but she also believed it would keep her young.  And there are other real life cases of people who consumed blood because of a pathological fear of death and mortality.

Do you find it draining or exciting to get into the head of a brutal killer? Are there ever writing days when you feel that you can’t do it?

Oddly enough, I find it liberating.  I think when you allow your darker side to come out to play in a “safe crime” setting, it can be cathartic.  And as Goethe said, “There is no crime of which I cannot conceive myself guilty.”

I do have trouble writing about the abuse in their childhoods, though.  I really have to steel myself to write about cruelty to children, and all of my serial killers suffered from emotional and/or physical abuse when they were young.  Again, you find that in real life most serial offenders came from horrifically abusive backgrounds.

How much research do you do into police procedure and serial killer profiling?

I’m constantly reading, watching crime shows, and talking to people.  I have a huge library of forensic books, everything from FINGERPRINT ANALYSIS to DEAD MEN DO TELL TALES.  Right now I’m reading THE SOCIOPATH NEXT DOOR by Martha Stout and WITHOUT CONSCIENCE: The Disturbing World of the Psychopaths Among Us, by Robert Hare.

I also took a graduate course in forensic psychology at John Jay College for Criminal Justice with Dr. Lewis Schlesinger, who was a terrific teacher.  My favorite new crime show on TV is Mark Safarik’s Killer Instinct, on Cloo TV.  It’s full of terrific procedural details and insights.

Thanks for mentioning my “other life” – sigh.  I wish I had more time to pursue theatre and playwriting, but I guess I shouldn’t complain.  It’s hard to pinpoint the exact moment an obsession begins, but a few years ago I became very interested in pathopsychology.  Maybe it started with the O.J. trial – I remember being fascinated by how someone like him could function in society, kill two innocent people and get away with it.  And then as banking scandals began breaking open, it became clear that not all psychopaths are out murdering people. (Hare talks about that at length in his book.)

I found myself reading and watching a lot about crime, serial killers in particular, and wondering what could make someone do that.  I was especially interested in people like Ted Bundy, who seemed to “have it all” – looks, brains, talent, charm.  Why would someone like him be driven to brutalize women sexually?  As I researched real-life killers, I began to find some of the answers, and along with that came a drive to write about it.  I wanted to write about the people who commit these crimes, but I’m equally interested in the men and women who pursue them.

I knew the NYPD didn’t have a full-time profiler, but I wanted to set the story in a place I know and love, so the choice seemed obvious.  New York is such a huge, endlessly fascinating canvas.  You’ll never run out of things to explore in this town!  And like most of us who were living here when the towers came down, I was profoundly affected by that event.  So the time and the place kind of chose themselves, I guess.

Will this be an open-ended series, or do you have a finite number of installments in mind?

So far I don’t have any finite number in mind – I’m not even sure how some of my subplots are going to resolve yet!  My aunt keeps telling me she’s going to stop reading if I don’t tell what happened to Lee’s sister – but all I can say is that the readers will know the answer when I know it. 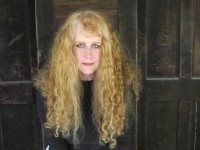 C.E. Lawrence is the byline of a New York-based suspense writer, performer, composer and prize-winning playwright and poet whose previous books have been praised as “lively. . .” (Publishers Weekly); “constantly absorbing. . .” (starred Kirkus Review); and “superbly crafted prose” (Boston Herald). Silent Screams, Silent Victim and Silent Kills are the first three books in her Lee Campbell thriller series. Her other work is published under the name of Carole Bugge. Titan Press recently reissued her first Sherlock Holmes novel, The Star of India.