A sniper is killing cops in Chicago; a parish priest is on the run from the law. Two seemingly unrelated cases come together in a violent conclusion. Chicago Police Detectives Marilyn Benson and Pete Shannon get help from the FBI in the third novel of the Chicago Warriors Thriller Series.

I caught up with John Wills and found myself talking to an engaging and softly spoken man; not the kind you might associate as a Chicago cop and ex FBI agent, nor a writer of thrillers. Wills is married, has four grandchildren and lives in retirement in Virginia with his wife of forty years, Christine and their Cairn terrier, Missy. Or should that be semi-retirement? His daily routine is not that of tending the roses or a lazy day’s fishing, but instead Wills has much in his daily life that could fill a normal, everyday working      routine.

Wills is an early riser and begins his writing day at about seven o’clock after sharing some time with his wife, the newspapers and his bible. As a Christian, Wills is keen to show people that many American cops are truly grounded in faith. I put it to him that faith for a lot of police officers working the inner cities would be akin to an extra piece of weaponry in their struggle to keep law and order. Wills’ Christian ethic is supported by his local church who had this to say about his novel: TARGETED is a book club selection for the month of May at St. Mary’s Catholic Church in Virginia.

Wills recalls telling his partner on the Chicago Police Department that he would write a novel based on his experiences as a cop. He has obviously filled that ambition, not just with his earlier police thrillers, but with TARGETED as well. He waited until he had retired from the FBI in 2004 before he began his first novel.

John M. Wills is no newcomer to writing. Before he penned his first novel, he was responsible for countless articles on officer survival and training for magazines and websites. This activity laid the ground for John’s foray into becoming a published author. He was spared the angst of searching for a literary agent by a friend who put him in touch with an indie publisher. The publisher liked John’s work and the rest, as they say, is history. He is also working on a non-fiction account of women in law enforcement, not to mention the children’s book he has begun.

Wills is not just a writer but a reader too. He enjoys an eclectic range of books, and includes among his favourite genres, literary fiction, thrillers and Christian works. He has no particular hobbies, aside from reading, but likes to spend most of his free time with his wife and their four grandchildren.

John’s advice to would be writers is much the same as any, established writer would say: start writing! He first thought there was some mystique to writing novels and kept putting his own thoughts to one side. Once he started, he said that everything just fell into place.

From time to time, John has to travel, and he finds it useful to fill the gap by working on his books using a laptop, or reading with a Kindle. He also uses a voice recorder to capture those ideas that happen to pop into his head but have the habit of popping out again. It’s a good idea and worth bearing in mind for those of you who find yourself between destinations and want to fill the time.

“Wills crates a psychopathic killer, a terrifying monster, and unleashes him onto the streets of Chicago.” Mark Safarik, FBI Criminal Profiler. 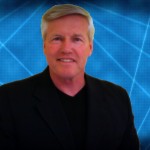 JOHN M. WILLS writes both fiction and non-fiction. He has had more than one hundred articles published in various law enforcement magazines and websites, relating to police training, fitness, officer survival, and ethics. He is a monthly contributor to Officer.com, the largest web portal for law enforcement. John is a former 12-year-Chicago police officer and retired FBI agent, who has done extensive undercover work. He is an award winning author and an NCAA speaker on the topic of steroids and dangerous drugs. John also writes book reviews for the New York Journal of Books.

Michael Parker
Michael Parker is the author of seven novels and has written all his adult life, even through countless rejections. Married to Pat, he lives in Spain. Herecently teamed up with www.Acclaimed Books.com, a new co-operative of which he is a member. In February,he was interviewed by Dan Levy, a contributing editor for ITW.

To learn more about Michael, please visit his website: www.michaeljparker.com.

Against the Law by Kat Martin