One of the questions people have been asking me lately is how I managed to change from writing Historical novels to writing Contemporary Romantic Suspense.

I have to say it’s never easy to do.  Publishers are not risk takers.  They always want to take the safe road.  It’s easier for them to sell the same kind of book by an author over and over.  The writer’s audience is building, sales are improving.  They don’t want to rock the boat.  And I don’t really blame them.

Fortunately, by the time I came up with the concept for the Raines Brothers Trilogy, Jackson, Gabe, and Devlin in AGAINST THE WIND, AGAINST THE FIRE, and AGAINST THE LAW, I had already written three contemporary romantic suspense novels for Mira, my publisher, and seven for a previous publisher.  The sales were respectable, which helped me convince them.

As I made the change, one of the things I really tried to do was to maintain the style of writing I was known for:  fast-paced, high-action, sexy, romantic books.  I also wanted to keep the emotion in my stories, something I hope to make people feel when they’re reading one of my books.

I tried to make sure my basic style of writing didn’t change, even though the novels are set in a modern world instead of Victorian or Regency England.

In AGAINST THE LAW, the third in the trilogy, Dev Raines is “mostly retired.”  The youngest of the brothers, Dev is also the wildest, an ex-Army Ranger and a dedicated bachelor.  But when Lark Delaney walks into his life, asking for his help in finding her dead sister’s lost little girl, Dev discovers a side of himself he hadn’t known.

Or had once known years ago, before his heart was broken.

Dev and Lark set out on what appears to be a simple matter of locating an adopted child and wind up heading into a dangerous adventure.  It’s a journey that opens Dev’s heart and eventually teaches him to love.

These three books were so much fun to write!  I loved all three of brothers and the solid family bond they shared.  Being Western men raised in Wyoming, they had strong moral values: courage, honesty, loyalty.  They were intelligent and caring and when they fell in love it was forever. 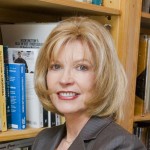 Currently living in Missoula, Montana, Kat is the New York Times bestselling author of over fifty Historical and Contemporary Romance Suspense novels. Before she started writing in 1985, Kat was a real estate broker. During that time, she met her husband, Larry Jay Martin, author of more than twenty books, both westerns and mysteries. Kat is a graduate of the University of California at Santa Barbara, where she majored in Anthropology and also studied History.

Kat began with historical romance and is currently writing romantic suspense. She is published in twenty foreign countries.

Come and Find Me by Hallie Ephron