By Lori A. May

With over 50 original novels, published in more than twenty languages,Tara Taylor Quinn is a USA Today bestselling author with more than six million copies sold. This fall, she is releasing four new titles in four consecutive months: The First Wife (Sept 2010), The Second Lie (Oct 2010), The Third Secret (Nov 2010), and The Fourth Victim (Dec 2010). Tara was pleased to share some of this experience with The Big Thrill.

Hi, Tara. Can you tell us about The Second Lie?

The Second Lie is the story of mid-America small town life. It’s a story that is larger than life, but gripped in realism. It’s the second book in The Chapman Files, a series of books centered around expert witness psychologist, Kelly Chapman. Each of the Chapman Files is one of her cases. The Second Lie is more than a case to Kelly. It involves one of her clients, fourteen-year-old Maggie Winston, who Kelly fears is on the verge of a relationship with a possible pedophile. And it involves a woman Kelly grew up with, Sheriff’s Deputy Samantha Jones. The Second Lie involves Kelly’s hometown, Chandler, Ohio. Samantha suspects that someone is running a meth superlab in Chandler. Samantha’s peers think she’s lost her edge. Samantha believes that there’s a connection between Maggie’s activities, the meth lab, and the man Samantha is sleeping with. Kelly hopes her friend is wrong. But one thing is clear… someone in Chandler is lying.

What challenges have you faced in releasing four books in a four-month period?

Keeping everything straight!! Sometimes I put shampoo in my hair twice, instead of shampoo and then conditioner. I put eggs on to boil and forget them until the shells are scorching to the bottom of the pan. I’ve even walked away and left water running in the sink. I’ve had to be so engrossed in these stories – all happening at the same time in different stages of the creation and production process, that I’ve lost touch with normal daily living. I’d be working on the rough draft of one, doing revisions on another, line edits on another, and a final read through on another.  That was a challenge in itself, but adding to the complexity of the situation was the fact that Kelly Chapman was in different stages of her own development, with different things happening in her life and I had to remember, depending on which story I was in, where Kelly was in her own life. Was she still living alone? Or not?

My best friend is now Kelly Chapman. Literally. When a book comes out, all of my energy goes into the world with the book, almost as if I’m sitting with it on the shelves, willing people to notice it, to pick it above the rest. Now I have to be in four places at once. I imagine it’s like having quadruplets instead of having a single birth. I’m thrilled. It’s exciting. And I feel as though every one of them is getting short changed just a bit. I run from one to the next, tending to them, and hoping that I’m doing all that I can for them. And that I’ve prepared them to fly when they’re out there on their own. I’ve also had to learn to delegate. And then let go.

What about before the books actually hit the shelves — there must be an awful lot of coordination between you, your editor, and everyone at MIRA in order to plot a four-month release plan of attack. Can you share some of the excitement that happens behind the scenes with such a monumental launch plan?

We’ve been working for two years on the plan. It started out as a concept – not a book concept, but a marketing concept. Once I was offered the chance to produce such a monumental project, we chose release months. And then my editor and I brainstormed and I came up with a concept. I actually already had Kelly Chapman in my head. She’d been there for months. And when this opportunity came around, I knew these were her books. My editor loved the idea of an expert witness psychologist. Before the stories were plotted we came up with cover concepts. And as soon as there were two pages of plot for each book, we came up with titles. Then I had to write the books!

During this time the covers were designed and re-designed. I’d hear updates. My editor was excited. Marketing bulletins were done. We had to start thinking about orders. We got quotes for the book covers. Worked on mailing lists. Sent out ARCs for review. And then the big planning really started. What were we going to do to sell these books? The concept was solid. The books are the best I’ve ever written. They deserved more than my usual send off. Ads were booked. Coupons printed. Thumbnails of the MIRA titles were added to the category Superromance title in the series. Reader Group questions were developed and distributed. And then the full media plan started to unfold.

Can you tell us about the Chapman Files International Blog Tour and how this came about?

The Blog Tour started with a suggestion from my editor. It was going to be just part of a larger marketing plan. But, as is usual with me, I couldn’t just go out and blog about books because… I don’t ever just do anything the easier or normal way. I saw the blog tour as an opportunity. A few years ago I wrote a novella for Harlequin’s More Than Words anthology based on the life and work of Sandra Ramos, founder of the US’s first battered women’s shelter. Sandra’s work touched me. In a very personal way. I couldn’t forget her. Or the thirty years she’d sacrificed to fight for the rights and lives of battered women. I’d been waiting for a chance to do more for Sandra. To take up her cause. And I knew the blog tour was that chance. I spoke with Sandra and with MIRA, who understood my need to take up this very personal battle, and agreed to help. Things have escalated from there. The blog tour is incorporating more than seventy stops and we’re still receiving invitations. Kelly Chapman and I, and Sandra Ramos and some of the women who have been helped by her work, and my editor, Paula Eykelhof are contributing all of the material for the blogs. Each post is original. We’re giving a way a lot of prizes, and books at various stops, have a mystery game going each month, and are ending the tour with a big launch party/charity skate in Phoenix, Arizona on December 4th. The party is going to be broadcast live on e-harlequin. Sandra Ramos will be in attendance.

While ‘virtually’ touring, you’re also making a number of in-person appearances at bookstores and libraries over the next few months. Has the Internet been a blessing or a curse for you and why? How has it altered your connection with readers?

The Internet has been a huge blessing. What has developed over just the first few weeks of the tour is a sense of community, of people who have never met coming together and offering heart and support and life lessons, and laughter, too. We’re giving each other something that is priceless. I’m finding that I’m gaining strength and energy and support as much as giving it. And Kelly Chapman really is my best friend, did I mention that?

After more than 50 novels, how do you find ways to continually push yourself and to keep writing fresh and interesting for your own creative needs?

This question implies that writing fresh stories doesn’t come naturally, when, in truth, the push would be to make myself stop writing. I am a writer. I’ve known that about myself since I was six years old. It’s the one constant in my life. The one thing I know about me that absolutely does not change. The stories are always there. Every day. They always have been. They speak to me. And it’s best for me if I choose to write them down. It clears out the cacophony so that I can sleep at night. There seems to be some theory that if you’ve written a certain number of books, you’ve said anything original you have to say. The way I see it is this – there are billions of people on the earth. No two are alike. Of billions of people, every single one is an individual. So as far as I’m concerned, there are billions of stories to tell that are all unique and individual. Because, after all, the stories are about the people, right?

How long have you been a member of ITW? How has ITW benefited you?

I’ve been a member of ITW since it’s second year of existence. ITW is invaluable to me. Her members are fully professional and keep the pulse of the organization on serving the needs of professional, career focused writers, offering real and hard hitting opportunities to further those careers.

Not that you have an abundance of time on your hands, but can you give any indication of what you’re working on next?

Right now, in the midst of this tour, I’m working on two books. One is a Superromance, the twelfth book in my Shelter Valley series. And my husband and I have just been contracted to write our real life love story. That book, It Happened on Maple Street will be out from HCI books next May. 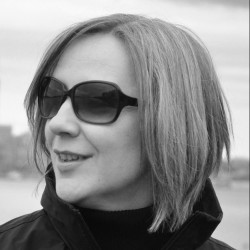 Lori A. May
Lori A. May's work has appeared in publications such as Writer's Digest, The Writer, Tipton Poetry Journal, and anthologies such as Van Gogh's Ear. She is the author of four books including stains: early poems and The Low-Residency MFA Handbook: A Guide for Prospective Creative Writing Students.

Latest posts by Lori A. May (see all)