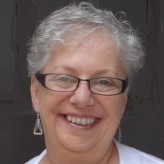 Karen Dionne is the internationally published author of Freezing Point, a science thriller nominated by RT Book Reviews as Best First Mystery of 2008, and Boiling Point, about an erupting volcano, a missing researcher, and a radical scheme to end global warming. Karen is also cofounder of the online writers community Backspace, and organizes the Backspace Writers Conferences held in New York City every year. Visit Karen at: www.karendionne.net.

Blurb for top spot – do not publish

The September edition of The Big Thrill is here! 38 new thrillers from ITW Members…

During a gala banquet and celebration held on Saturday, July 13 at the Grand Hyatt in New York City, the International Thriller Writers announced the winners of the 2013 Thriller Awards.

The board of directors and members of the International Thriller Writers wish to congratulate all the winners and nominees of the 2013 Thriller Awards.

New York, N.Y., July 9, 2013 – In an unprecedented collaboration, 23 of the world’s bestselling and critically acclaimed thriller writers will pair their series characters in an 11-story anthology curated by the International Thriller Writers (ITW) and to be published in 2014 by Simon & Schuster.

The stories in Face Off will feature such pairings as Michael Connelly’s Hieronymous “Harry” Bosch joining forces with Dennis Lehane’s Patrick Kenzie in the story Red Eye and John Sandford’s Lucas Davenport teaming up with Jeffery Deaver’s Lincoln Rhyme in Rhymes with Prey. All of the contributors are ITW members and the project will be edited by ITW member and #1 New York Times bestselling author David Baldacci, who says, “This is a once-in-a lifetime opportunity for readers. It’s only through ITW that we were able to bring these literary legends toe to toe. I’m honored to be at the helm of this amazing ship.”

Senior Editor Sarah Knight acquired world rights to Face Off, the fourth anthology that ITW has published and the first with Simon & Schuster. Knight says, “This will be a treasure trove for thriller fans—it doesn’t get any better than these writers, with these characters, all in one blockbuster book.”

S&S plans to publish in June 2014, just in time to celebrate at ThrillerFest, the gathering of ITW that happens each July in New York City. Already, foreign rights have been sold to Great Britain, with more sales to come. READ MORE

ITW is proud to announce the finalists for the 2013 Thriller Awards!

Congratulations to all the finalists!  The 2013 Thriller Award Winners will be announced at ThrillerFest VIII, July 13, 2013, at the Grand Hyatt (New York City).

Read the EXCLUSIVE “Between the Lines” interview with contributing authors!

In Which Allison Brennan Interviews Karen Dionne – Or Is It the Other Way Around?…

Love Me to Death by Allison Brennan

In Which Karen Dionne Interviews Allison Brennan – Or Is It the Other Way Around?…

In Colby Core by Debra Webb, after years in captivity, waiting for a rescuer who…

The Chronicles of Anaedor: The Prophecies by Kristina Schram

In debut author Kristina Schram’s The Chronicles of Anaedor: The Prophecies, strange things happen to fifteen-year-old…