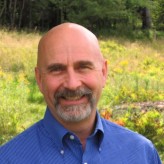 James M. Tabor is an international award-winning and best-selling nonfiction author who has also worked in television. His new thriller, The Deep Zone, has been praised as “Like Clive Cussler at his best” and “Right up there with the best from Baldacci, Crichton, Preston and Child.” Brad Thor called him “the new Michael Crichton.” Random House/Ballantine will publish a sequel to The Deep Zone next April. Tabor earned an MFA from Johns Hopkins University and won the O.Henry Award for short fiction. He was the host and writer of the national PBS series, “The Great Outdoors, and co-creator and executive producer of The History Channel special, “Journey to the Center of the World.” He lives in Vermont, where he is at work on his next novel and a memoir about his days as a street cop in Washington, D.C.

The Famous and the Dead by T. Jefferson Parker

By James M. Tabor MAKING UP IS HARD TO DO An interview with T. Jefferson…

The Left Hand of Justice by Jess Faraday

Extremes of Place and Race By James M. Tabor  “It is better for all the…

By James M. Tabor His orders are simple: ‘The safety catch is off. Return that…

By James M. Tabor You are a practicing cardiologist, best-selling author, consultant to major media…

Darkness Becomes Her by Jaime Rush

By James M. Tabor Lachlan McLeod, a man beyond redemption, has a mission: find the…