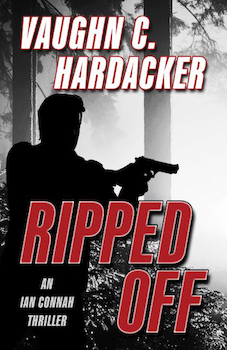 Ian Connah is a retired hitman. Upon leaving court after his fourth divorce, he learns that his financial manager, Harry Sandberg, has stolen his $3,000,000 retirement fund. In order to finance his hunt for Sandberg, he must return to his profession. His quest will force him to deal with a team of professional killers in the US and the largest organized crime enterprise in Brazil.

“If Raymond Chandler and Paul Doiron had a kid, it would be My Brother’s Keeper. A must read.” –Julia Spenser Fleming, New York Times bestselling author.

“More terrifying than an old Algonquin legend is the horror residing on the pages of Hardacker’s latest thriller. Wendigo will have you looking over your shoulder and locking your doors.” –Bruce Robert Coffin, bestselling author of Among the Shadows.

“Wendigo is Stockholm, Maine, author Vaughn Hardacker’s excellent fourth novel, a chilling supernatural thriller to be read at night, indoors, with all the lights on and the doors and windows locked.” –Bill Bushnell, Bushnell on Books, Kennebec Journal, May 24. 2018

Which took shape first: plot, character, or setting?
The plot. 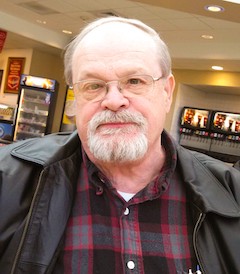 This is my seventh published thriller.

Biggest challenge was to utilize my experience in the Southeast Asia rainforest into the Amazon Basin Rainforest. The biggest opportunity was to delve into the history of Brazil to find out why they are destroying millions of acres of rainforest—a major cause of global warming.

Yes. The Amazon has been subjected to deforestation from a number of sources. The increase in logging, peasants destroying acres for farms (only to discover the soil is only suited for being a rainforest) and then failing to succeed and moving on to another location to repeat the process. The Amazon is subjected to innumerous wildfires (most caused by the peasants burning trees they have downed) both manmade and natural. Since plants absorb carbon dioxide during the day and emit oxygen at night, the Amazon is a major source of our atmosphere.

Unlike my previous books, I have interjected a number of humorous situations.

I have been an avid reader of mysteries and crime thrillers since I was in high school. I read a lot of Michael Connelly, Robert Crais, David Baldacci, Lee Child, and on and on. I have been influenced by all of these writers and studied what it is about their work that attracts me.

Vaughn C. Hardacker is a member of the New England Chapter of the Mystery Writers of America and International Thriller Writers. Three of his novels were finalists in the Crime Fiction category of the Maine Literary Awards. His sixth novel, the latest entry in the Dylan Thomas Thriller series, The Exchange, was published by Encircle Publications in September, 2020. Encircle will publish his new thriller, RIPPED OFF, in January of 2023. He is a veteran of the US Marines and served in Vietnam. He holds degrees from Northern Maine Technical College, the University of Maine, and Southern New Hampshire University. He lives in Stockholm, Maine, where he is working on his next crime thriller.