My Cousin the Serial Killer 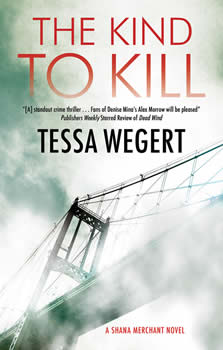 “It was on the eighth day that I decided to kill him.”

That is the first line in award-winning author Tessa Wegert’s newest Shana Merchant thriller, THE KIND TO KILL.

As a New York State police investigator, Shana is an expert in finding the missing. But her familial connection to the serial killer Blake Bram, her cousin, leaves the locals distrusting her. Why, she doesn’t understand—although she’d been best friends with Bram when they were kids, he’d carved up her face 15 years before, then kidnapped her too. Shana’s family couldn’t accept the fact that Bram was a sadistic sociopath, and they blamed her for his demise.

Bram was obsessed with Shana and had kidnapped women to take her place. When each disappointed him, he killed them. Although Bram died at Shana’s hand, women once again go missing in Upstate New York’s Alexandria Bay—Shana’s home. Local law enforcement won’t accept the present danger; they don’t want to scare away vacationers to their annual Pirate Days celebration—their biggest money-maker of the year.

Shana feels like “a public spectacle. A pariah. A grotesque.” But she’s got work to do.

Can Shana stop the serial kidnappings and killings in her own town, even when her community holds a grudge because of her relationship with Bram?

With her latest release, Wegert explores how violent crime not only devastates the family of the victim but divides the family of the perpetrator as well. Here, she talks with The Big Thrill about the suffering of the families of both victims and violent criminals, assumptions made because of their relationships, and her love of the Thousand Islands region of Upstate New York. 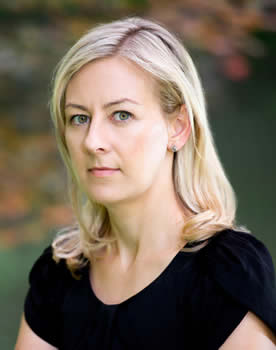 What inspired the character of Shana Merchant and this particular story?

I wanted to write about a female detective who’s competent and clever but has a past so unimaginably dark that it haunts her daily and has the power to derail her career. Shana is a senior investigator with the New York State Police, but she also has a deep bond with a killer. She knows what it’s like to be both hunter and prey. In THE KIND TO KILL, all her secrets and questionable decisions are laid bare when the truth about her history goes public, and Shana has to navigate the reality she’s been evading all her life.

What does Shana’s character represent in the story?

This is a story about redemption and reckonings, with Shana at its core. A copycat crime forces her to reexamine the aspect of her life she’s most ashamed of and has worked hard to hide. Readers get to see the breadth of her resolve when her connection to Blake Bram, who’s been terrorizing Upstate New York, not only jeopardizes her career but also colors the way she’s perceived by the community she’s trying to protect. Of course, that makes investigating a crime within its borders even more of a challenge.

What compelled you to make the serial killer a member of Shana’s family, and why did you choose to focus on the family of a criminal?

The first Shana Merchant novel—Death in the Family—was intended to be a standalone mystery that paid homage to Agatha Christie’s And Then There Were None. But to give it a contemporary twist, I assigned Shana a thriller-book backstory: the serial killer she’d been hunting abducted her, and she discovered they shared a blood bond.

I think part of the reason that book launched a series is that there’s a lot of emotion there to unpack. As an investigator, Shana’s duty-bound to apprehend the killer, but their history interferes with her ability to remain objective and complicates the case. I love a cat-and-mouse story, and exploring the idea that Shana’s most formidable and terrifying opponent is a member of her own family allowed me to ratchet up the tension and raise the stakes.

What about people making assumptions about someone based on that person’s biological relationship to a person with serious mental illness?

Mental health factors into all my books, with Shana struggling to overcome the trauma of abduction at the same time that her investigations into the killer from her past launch a blitz on her psyche. In THE KIND TO KILL, though, I also look at how conjecture and unfounded theories can hurt.

I’ve always been a little uncomfortable with true crime repackaged as entertainment, and as I watched its popularity grow, I often thought not just about victims’ families but about the families of killers, too. Should we blame a mother, father, sibling, or cousin for the heinous acts committed by one of their own? Some people are convinced the apple doesn’t fall far from the tree. As a member of a family that birthed a notorious killer, Shana grapples with assumptions like that one—and the impact it has on her reputation and psychological well-being—firsthand.

How has your experience with the Thousand Islands region of Upstate New York informed your stories? 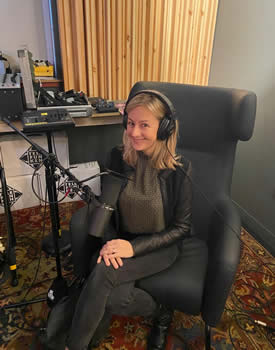 Wegert talks about crime fiction and series writing for a library podcast in Westport, Connecticut.

My first visit to the Thousand Islands was 20 years ago, when I met my new boyfriend’s entire family. They congregated on a small private island that’s only accessible by boat. Instead of simply getting to know them and enjoying the view, I spent the next 48 hours wondering what would happen if an emergency or violent storm left us stranded and helpless. Even though I had a lovely weekend (to where I married into the family), the sense of powerlessness I felt stuck with me, and I’ve tried to incorporate that into the Shana books, all of which are set on and around the islands.

Because of the area’s interesting history—during the Gilded Age, it was a playground for everyone from George Pullman to President Grant and the Waldorf Astoria’s George Boldt—I work real-life locations into the stories. THE KIND TO KILL is partially set on an island where a villa has sat crumbling and abandoned for 70 years.

In the book, the villa has been restored and transformed into an inn. Strangely, after sitting empty for decades, the inn sold to a developer while I was in the proofreading stage of the book, and rumor has it he plans to turn the place into a bed-and-breakfast. I like to imagine that he’ll sell the book in his lobby someday.

How can a family’s denial of one of its member’s criminal acts spiral into a dangerous situation?

Dysfunctional families freighted with secrets play a big part in the Shana series, and this book is no exception. Shana’s family is in deep denial about Blake Bram’s crimes, but they aren’t the only people who refuse to acknowledge the truth about their loved one’s reprehensible behavior. It comes down to self-preservation; denial is designed to protect. The trouble is that humans can be myopic, and it’s far too easy for us to misidentify the thing that most needs saving.

I thought I knew how THE KIND TO KILL was going to end, but days before my deadline, I made a huge change—and I’m so glad I did. My advice to writers is to leave yourselves open to the possibility that you could stumble onto something better. Staying nimble and receptive to a story’s whims can make for an even stronger book.

Tell us something about yourself your fans don’t already know.

I was the fastest typist in my high school typing class… but only because I banged out the assignments as quickly as possible so I could spend the rest of the hour writing stories.