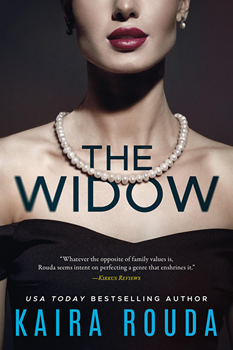 Jody Asher was destined for greatness—she and husband Martin have always been the golden couple in DC. But that might change when carefully laid plans unravel. In her spine-tingling, creepy thriller, THE WIDOW, bestselling author Kaira Rouda spotlights the power dynamics of Washington’s political elite.

The Honorable Martin Asher has been the Democratic senator representing Ohio for 30 years. Yes, he’s always been charismatic—a self-made man of the people—but Jody knows there’s so much more that’s required to stay successful in Washington, and of course, she’s the power behind their success.

When she notices Martin giving his attention to his congressional intern, Jody must send him a message. Just a few drops—from the vial Jody carries—in his food and he’ll soon get that message: Bad behavior results in pain.

Jody’s proud that, for the most part, she’s “resisted her worst urges.” She doesn’t feel things like normal people but is skilled at pretending. Jody has excelled at practicing her “sympathy and empathy” games. And she’s learned how to love her daughter, Charlotte.

Martin knows he owes his success to Jody—she’s been the ramrod behind his political prosperity. But would he have married her if he’d known about her dark side? In law school, their superpower was posing as people they weren’t. That was a necessity to get what they wanted. 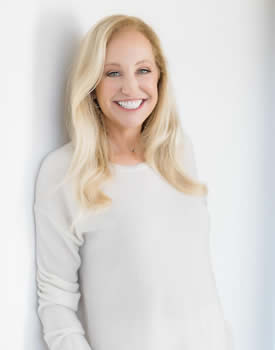 When Martin becomes the center of a criminal investigation, followed by the press probing into his relationship with the intern, Jody must act. She is a tenured senior spouse, and she plans to remain in power no matter what. Even if Martin is not by her side.

But Jody also knows that, regardless of how high on the food chain you are, there’s always someone hungrier ready to take your place.

Rouda tells this clever story with first-person narratives of the three main characters. Many of the chapters begin with guidelines for new congressional wives and congressmen, cluing readers into the rat race that is DC. Here, she chats with The Big Thrill about what inspired the book, the intricacies of Washington politics, and sociopathic symmetry.

What motivated you to write this story?

I was inspired by the two years I spent in DC when my husband was serving in Congress. It was a wonderful, exciting time getting to know the city and the powerful people who live and work there.

How did you research the dog-eat-dog world of DC politics?

I didn’t need to research. I watched it firsthand. When you’re immersed in a setting as charged as Capitol Hill, you can’t help but find a story there.

Tell us more about the Widow’s Mandate—the opportunity for congressional wives to fulfill their husband’s term after death. 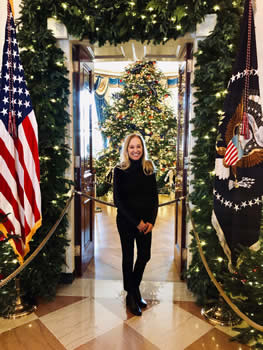 First, there was Mae Ella Nolan from California, who became a US Representative after her husband died in office in 1922. Then throughout the next century, 48 American women followed in her footsteps, most notably including Mary Bono, Sonny’s wife, and Cindy McCain, John McCain’s wife. Their husbands’ deaths made them widows, but the Widow’s Mandate made them politicians. When I discovered this tradition in American politics, where women are appointed or elected to fill their late husband’s Congressional seats, I knew it was the basis of a suspense novel.

While fulfilling this position was often short-lived for most of these women, some discovered they were quite capable politicians, perhaps even better than their deceased spouses. They relished the formidable role they otherwise might not have been able to realize. Statistically, for women aspiring to serve in Congress, the best husband has been a dead husband.

What about the adage that behind every great man there’s a [ruthless] woman?

Yes, Jody Asher, the congressman’s wife, firmly believes in that adage. In fact, she opens the book with it. “Behind every successful man is a ruthless wife who made it all happen, or so they say. My husband, Martin, seems to have forgotten that little truism. I may as well be a widow, what with the lack of attention he pays me these days.”

Is there really a “congressional spouse” tip sheet for the wives of new congressmen? 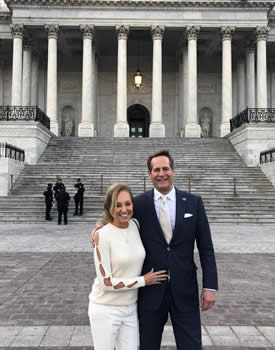 Rouda and her husband, Harley, in front of the Capitol heading into the State of the Union speech

Yes, in various forms. There is a big orientation program for new members of Congress and their spouses. There is a bipartisan welcome and information day provided by the Congressional Club and Museum, complete with a booklet with helpful dates and tips, and each party has its own process to help spouses get up to speed.

It’s an overwhelming time, coming to DC right after a years-long campaign, so the help is needed and appreciated. The spouses who’ve been on the Hill for decades, like my fictional Jody Asher, have invaluable insights. I wouldn’t have made it through my two years there without them.

How must sociopaths understand their illness and learn how to react as a mentally able person?

I’m not a psychiatrist, but in my story, Jody is a unique and ruthless woman who understands she may be different, and difficult, to have as a mother, so she tries her best to explain herself to her daughter, Charlotte. I like that about her.

Is there a message you’d like people to take away from the book?

Appreciate the family members of politicians. I know I didn’t realize the sacrifices made by the families. Be sure to thank them for their service. The family’s service to our country is usually hidden and mostly unappreciated. That’s why I dedicated THE WIDOW to them.

Rouda and her family

Has your prior work with the homeless and empowering women and girls affected your fiction?

Yes, of course. Bookreporter‘s review of The Next Wife might sum up my world view: “The Next Wife is trademark Kaira Rouda with its deliciously devilish women and inherently ignorant men, but this might be one of her most villainous novels yet.” Don’t get me wrong—I’m the mom of three sons and married to a wonderful guy—but in my stories, the women will typically come out on top. Thematically, I write about what is beneath the surface of seemingly perfect lives. There is so much to explore.

Do you have advice for other writers, and what about “putting your passion into action”? 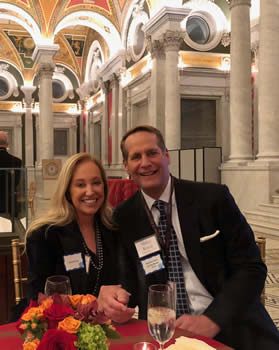 Rouda and her husband, Harley, at a dinner at the Library of Congress

My first book, a nonfiction title for women entrepreneurs, centered on the notion that it’s never too late to put your passion into action and live the life of your dreams. I’d dreamed of becoming an author since third grade. The dream came true in my late 40s. I tell my kids and anybody who will listen that the only way your dreams won’t come true is if you give up. Resilience and perseverance are the keys to a happy life.

When I wrote and sold THE WIDOW, my husband was still in the political arena. He had lost his re-election campaign but had jumped back in to have a rematch. For the kickoff meeting with his team, I told them all about the plot for the book: A cheating congressman who dies in office and his wife runs for his seat. You could have heard a pin drop. Eventually, though, his team decided if a novel was the worst attack ad they could come up with, we were in good shape.