Back to the Early Days 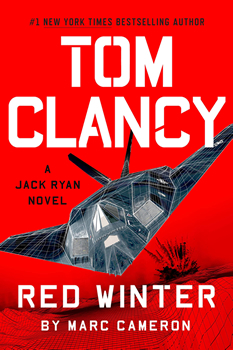 In RED WINTER, Marc Cameron takes Tom Clancy fans back to the early days of John Patrick Ryan stationed in England. Set in the time between The Hunt for Red October and The Cardinal of the Kremlin, the plot of RED WINTER involves the crash of a top-secret aircraft, a race to stop the Soviets from stealing its secrets, and a high-ranking defector that has Jack Ryan going behind the iron curtain to find out the truth.

“I read it while I was a rookie police officer,” he says. “Even now, I can look back at a Clancy novel and see where I was in my career when it came out. I like a good Cold War espionage story, and Ryan would have been the right age. The Soviet/East German angle seemed to fit very well with Ryan’s expertise. The F117 was arguably the most advanced aircraft of its time, very secret, very technical in 1985, which made it the perfect MacGuffin to drive a Jack Ryan plot.” 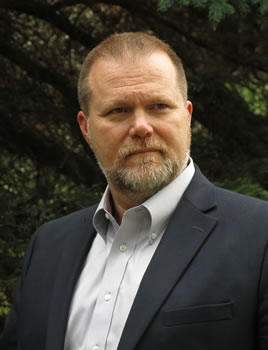 The current books have Jack Ryan as the president of the United States, but Cameron thought there were more stories to tell from his time as a young man. He admits to having been mulling over the idea for the past couple of books, and eventually pitched it to Tom Colgan—the series editor—who fortunately agreed. Thus began the preparation to tackle the younger versions of such beloved characters.

“I’ve been a Clancy reader for as long as there have been Clancy books, so that helps,” Cameron says. “Clancy has provided us some clearly developed character traits for Mary Pat and Ed Foley, Dan Murray, John Clark, and, of course, Ryan himself. By studying how they acted and reacted in those early books, I was able to, I hope, keep the continuity of their personalities. Robert Ritter appears in several books, and though he mistrusts Ryan as an analyst in the field, he’s not quite the villain that the movie makes him out to be.” 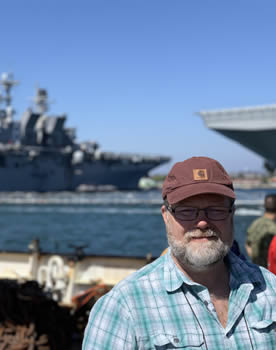 2019 in San Diego with the Secretary of Defense-sponsored Joint Civilian Orientation, researching for a Jack Ryan novel

While some folks may refer to the ’80s and ’90s as the late 1900s, RED WINTER, with its 1985 setting, could easily qualify as a historical thriller—but that’s not how Cameron sees it.

“I pitched it as a prequel,” he says. “It was fun writing about times that are still fresh in my mind—before cell phones were ubiquitous and we had to carry a roll of quarters and some disinfectant for the payphone if we wanted to stay in touch with our bosses. Things we take for granted now, like email and Google, we’d never heard of back then. We wrote out reports on IBM Selectric typewriters and mailed reports.

“I was talking to someone the other day about how new writers will never know what it feels like to package up a 500-page manuscript in a manuscript box and ship it off to the editor under the smiling nod of a postal clerk who knows you’re mailing the book you’ve been working on for the past year… Like writing, law enforcement and intelligence work were different in the ’80s. Not necessarily better, but different—and more hands-on.” 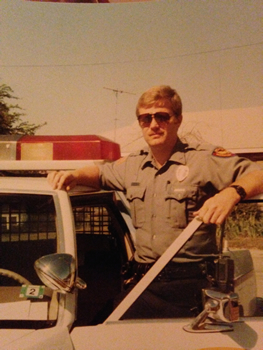 As a young patrol officer in Texas in 1985, about the time Tom Clancy RED WINTER is set

Even though the times were fresh in the author’s mind, due diligence meant he conducted proper research for the story.

“The research was great fun,” Cameron says. “Because of the timing, I was able to speak with former intelligence officers and military personnel who would not have been able to speak to me had I approached them while they were active. As usual, only a small percentage of the information I gleaned through hours of interviews made it into the book, but man, was it interesting. I’m sure I’ll use some of it in other stories. The professionalism of those folks working during the Cold War was nothing short of incredible. Being able to get the inside scoop on East Berlin, not to mention an aircraft like the F 117, is an honor and a privilege I never dreamed of.”

Cameron is currently working on Breakneck, the next Arliss Cutter novel, based in his home state of Alaska. It comes out in 2023.

“I’m doing some work on Number 6 in that series,” Cameron says. “Then I’ll jump into the next Jack Ryan, which is as yet untitled. That book will take up where Chain of Command left off. A lot of projects on the horizon, which is the way I like it.”