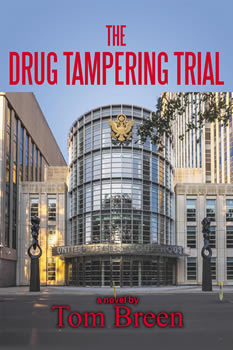 New York attorney Brian Bradford simply couldn’t keep his promise. After a grave personal loss, he wisely decided on a truce with ZeiiMed, the mammoth health insurance company he viciously battled in The Device Trial (published in 2016). However, unexpected and unforeseen events caused Brian to break his vow and once again pursue ZeiiMed, despite the threat of injury or death to himself and others he cherishes.

After traveling to Rome, Brian learns that ZeiiMed is financing, through the Vatican Bank, the distribution to VA hospitals of mislabeled narcotic pills, intentionally misrepresented by ZeiiMed as a non-addictive treatment for PTSD. Brian decides to file a federal lawsuit against ZeiiMed to expose the harm being inflicted on rehabilitating veterans.

Attacked by ZeiiMed in the air and at sea, Brian confronts death while frantically attempting to defeat ZeiiMed and protect Meadhbh and Mary, the two indispensable women in his life. Mary, a lawyer, and Meadhbh, a midtown bartender, have always provided life-sustaining guidance and strength to Brian. Once again, their unbreakable bond with Brian is critical to the final outcome.

The Big Thrill caught up to author Tom Breen to discuss his latest legal thriller, THE DRUG TAMPERING TRIAL:

Since I wrote two earlier novels about Brian Bradford, I was concerned about repeating details from the prior stories. Some repetition was necessary since Brian was incarcerated on felony charges at the end of The Device Trial. Once released from prison, I was able to focus on starting Brian’s new adventure as soon as possible. 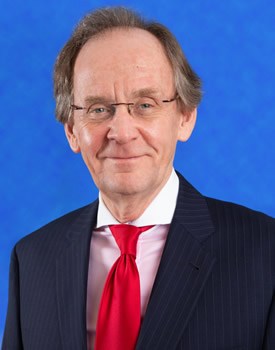 The questionable character of Brian Bradford was already developed in my first two published novels, The Complaint and The Device Trial. To enhance the plot, I decided to add an international flavor to the story. Brian’s trip to Rome is central to the story because he learns of ZeiiMed’s distribution of tampered medications to veterans. While in Rome, Brian becomes enchanted with an attorney at the Vatican Bank, creating a conflict with Mary and Meadhbh.
As in the earlier novels, Brian’s interactions with Mary and Meadhbh are essential to the story. I believe Brian’s dialogue with Mary and Meadhbh is the backbone of the novel because it enhances the entertainment value of the plot.

I never imagined how long it would take to complete the novel.

I hand write the story, usually on a commuter train and subway to/from my office. The lockdown ended that, along with delays due to a job change and the death of parents.

In the final chapters, Brian proposes marriage to Meadhbh.

However, disaster follows, including severe injury to Brian and a deadly final scene on the ferry to the Statute of Liberty.

To Kill a Mockingbird helped with the courtroom testimony.

Tom Breen has practiced law for many years as a partner in a law firm located in downtown New York. His two daughters are also practicing attorneys in the City. Born in Vincennes, Indiana, he earned his B.A. from the College of the Holy Cross in Massachusetts and a Juris Doctor from New England Law|Boston. His litigation experience was very helpful in presenting the realistic testimony of witnesses and counsel during THE DRUG TAMPERING TRIAL, along with the reasoned observations and rulings of the judge. Tom and his wife have resided on Long Island for many years. On weekends, they enjoy the relaxed pace and natural beauty of Baiting Hollow, a hamlet on the North Fork.