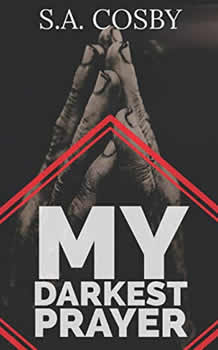 In 2020 S.A. Cosby ‘s second novel, Blacktop Wasteland, blew up the publishing world. Published by Flatiron Books, it won a staggering series of awards—the ITW Best Hardcover, the Barry, the Macavity, and the Anthony—and hit the New York Times bestseller list. Suddenly in demand for interviews and appearances, Cosby was everywhere. His third book, Razorblade Tears, rode that whirlwind to a New York Times Notable Book award and was quickly optioned for film. Reviewers and readers alike agreed: These books—and this writer—were something special.

It might seem like overnight success, but like most overnight success stories, that wasn’t the whole picture. Before the awards and the acclaim, there was another novel, released by Intrigue Publishing, a small independent press located in Maryland. It was a reputable press, run by good people, but as Cosby explains in a Guardian interview, “When you’re working with an independent, they do as much as they can, but you have to do a lot. I was riding around in my car with a trunk full of books, going around to bookstores, [attending] events. It was very much a catch-as-catch-can sort of existence.”

Then, in 2018, at the urging of a friend, he attended Bouchercon, the country’s largest crime fiction conference. There, he met an agent, who guided him—with the blessing of Intrigue Press—to a larger publisher with deeper pockets and a broader circle of influence. From there, his ascent was extraordinary, with readers clamoring for more books by Cosby.

The result? That first novel, MY DARKEST PRAYER, is being re-released by Flatiron Press. Asked how it feels to reach such a level of popularity, Cosby says, “It feels surreal but in a good way. And I’m honored folks want to engage with my work.”

He describes MY DARKEST PRAYER as “the story of funeral home attendant and former Marine Nathan Waymaker, who moonlights as an unlicensed PI, bounty hunter, and all-around troubleshooter in a small Southern town. As the book opens, he is hired to investigate the death of a local minister and former criminal.”

The choice of Nate’s occupation was no accident. “I think it is a pathway to his heart,” Cosby says, “where the guilt and rage he feels over his parents’ death resides. At the funeral home, he is able to help others manage their grief, even as he loses the grip on his own.” 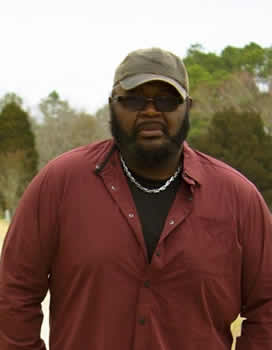 One of the best things about the book is Nathan’s grappling with spirituality, religion, and the darker side of not only human nature but of himself. Asked how he wove the philosophical and theological undertones into this gritty, noir-ish novel, Cosby says, “I think all noir novels grapple with heady existential themes. They are just hidden among the blood and the bullets. I was really inspired to examine the effects of violence and vengeance by the noir novels and movies I had enjoyed. The work of Jim Thompson and Donald Ray Pollock was especially inspirational.”

Cosby has said that the “the holy trinity of Southern fiction is race, class, and sex,” and MY DARKEST PRAYER addresses all three, along with an exploration of the effects of vengeance on the human soul. The book begins with an old Latin proverb: Revenge is a confession of pain. Cosby explains why he chose it and what it means to Nate, his protagonist. “It means he will never heal the hole in his heart with violence, but it’s the only thing that cauterizes the wound.”

Cosby has said that revisiting Nate, Skunk, and the other characters was like revisiting old friends. In fact, the scene in which Skunk finally arrives in the flesh is one of his favorites. Of the revision process, Cosby says, “It was pretty extensive, but it was also enlightening. I can see the beginning of both good and bad writing habits, lol, but I can also see the first steps on the path I think I’m meant to walk.”

Asked what he hopes readers will take away from his books, and this book in particular, he says, “I hope they will see the South the way I see it. Beautiful, flawed, and real.”

He laughs when asked about his typical writing day and whether he has any writing rituals. “I don’t think any day is typical, but I usually write two hours in the morning and two hours in the afternoon.” He’s neither a plotter nor a pantser. “I’m definitely a hybrid. I think my only ritual is making playlists for my books.”

Cosby agreed to answer some other questions for our readers. Let’s welcome him to The Big Thrill.

What’s the most interesting thing you’ve learned or done while doing research for a book? Any adventures to share?

I had an interesting conversation with someone who did psychological analysis of a serial killer. 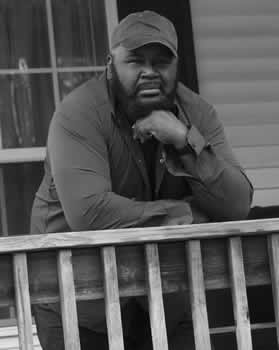 What drew you to the crime genre, and what do you think is the secret to its popularity and lasting appeal?

I think crime in general and noir in particular is the gospel of the dispossessed.  And I’m drawn to telling those stories.

What advice would you give to aspiring/pre-published writers?

Don’t give up, but also know when to change.

You’ve named Megan Abbott, Jennifer Hillier, William Boyle, and Kellye Garrett as four crime writers whose work taught you to write. Why these four in particular, and what did you learn from them?

I think each of them are great at the particular confluence of skills that make for a great novel. Each of them writes with confidence and nuance that only comes from monastic studying of your craft. To read their books is to take a master class in the art of storytelling.

What book has changed your life, and what did it teach you?

Devil in a Blue Dress, because it taught me people who look like me can tell their stories to the world.

What is the last book you read that you loved, and why?

I think I have to say Don’t Know Tough by Eli Cranor. It’s as frank and honest a book about the fragility of men that I’ve read in quite a while.

When you aren’t writing, what do you like to do, and why?

Ha! I love cooking, watching movies, lifting weights, hanging with my friends, drinking whiskey. I think you have to have adventures to refill your creative tank.

I know you have something else in the works. What’s next?

I just finished my next novel, All the Sinners Bleed, a Southern Gothic modern mystery that will be released next summer.

I’m probably gonna try and take a little writing break soon. Of course I say that, and two days later I’ll be scribbling something down on a napkin.