Getting Back to Roots 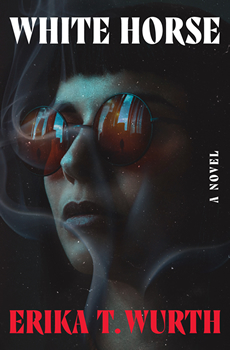 Erika T. Wurth is well known in her community for uplifting other writers—and certainly Indigenous writers. Even a quick Google search will net links to several articles she’s penned about the massive renaissance in Native fiction.

And with the launch of her stunning literary horror debut, WHITE HORSE, there’s no doubt as to why her name and work is an important part of that revival. WHITE HORSE is one hell of a book—the kind that haunts you long after you finish the last page.

In it, heavy-metal loving, Stephen-King reading, occasional beer drinker Kari James is forced to reckon with her past when an old family bracelet conjures up her mother’s ghost and a monstrous entity—both of which take her on an emotional and haunting journey into the past to discover a truth long denied to her both by law enforcement and her family. And that’s only scratching the surface.

In this The Big Thrill interview, Wurth digs deeper into the inspiration behind her gritty debut, shares a little about what’s on her Spotify playlist, and gives us a snippet into what readers can expect from her next.

WHITE HORSE is such an emotionally charged novel—haunting and raw, while still firmly rooted in the horror-fantasy genre. I’d love to know a little about the inspiration for this book and what, aside from a great read, you hoped to achieve.

In so many ways, it was getting back to my nerd roots. When I was a kid, I didn’t want to read something unless it involved a ghost, an elf, or a dragon. But that was ironed out of me when I pursued my doctorate in creative writing and literature. I quite desperately wanted to be a serious writer, and even to this day, writing in anything outside the vein of realism is often seen as not literary. But I missed, especially, the ghosts—and wanted them to come back. 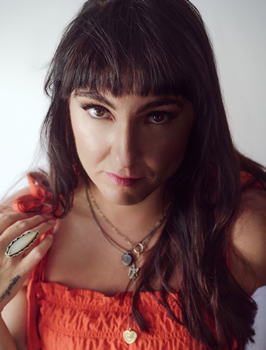 Additionally, there is a mystery around my grandmother’s death. I was told that she suicided. But when a cop looked at the death certificate, he told my mother that it looked doctored, and that it was possible that her husband had murdered her. My grandfather was almost certainly of some Black and Native descent, but he was essentially white passing. Whereas my grandmother was very much not white passing. So I have to assume the (white) cops in the area helped him with the doctoring of the paperwork, if so. The disagreement around what happened in my family is a tension that’s obviously penetrated into my very psyche.

As far as what I wanted to achieve, I do want a little bit of visibility and love for urban Indian culture, and some attention to the fact that urban Native women also are part of the missing and murdered Indigenous women’s movement.

Can you share a little about how you wove Native folklore and ghost story/horror elements into WHITE HORSE?

As I descend from a number of Native nations, I wanted to talk about Geronimo, and part of what he went through. I wanted to talk about the Lofa, who is sort of an evil Chickasaw Bigfoot who likes to kidnap women, and skin people and eat their skin—though in some ways I’m using him as a metaphor for abuse. And primarily I’m into the paranormal, and I think that goes across cultures. In many ways, the ghost in WHITE HORSE acts as a metaphor for intergenerational trauma.

WHITE HORSE is a spectacular ghost story, but at its core, it’s also a story about people and relationships, for better or worse. What aspects of “relationships” did you want to convey? Were the characters—Kari, in particular—based on people you know? Yourself? A combination? 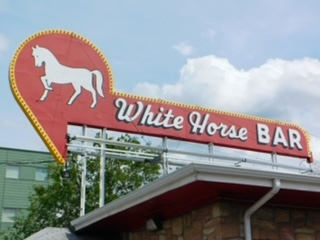 WHITE HORSE is definitely fiction, but like every writer, I take inspiration from the people around me, and in my case the folks I went to school with in Idaho Springs. I think in terms of aspects of relationships, I wanted to talk about guilt, and again about intergenerational trauma, and about how easily even good people can take other people for granted. And also about the things we decide before we even know that we’ve made that decision (in regard to Kari’s feeling about her mother).

I’ve heard you describe WHITE HORSE as a bit of a love song to Denver, and also to heavy metal. I love that. Can you share a little about some of the songs that fueled you as you wrote this book?

It’s absolutely a love song to all of Denver which is dying, and because heavy metal was the soundtrack to my childhood, I was thinking a lot about Metallica and Megadeth, and about the local Indigenous heavy metal band, Of Feather and Bone. I’ve got a playlist on Spotify. 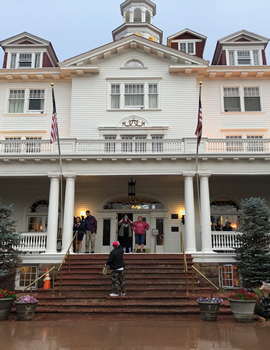 I love this quote from Stephen Graham Jones: “It’s metal to the end, it’s Denver to the core, it’s Native without trying, there’s ghosts, there’s blood, there’s roller coasters, and there’s about a thousand cigarettes smoked. What else can you ask for in a novel?” Response to this novel has been outstanding, but it’s always a little scary putting work “out there.” What do you fear most about readers diving into WHITE HORSE?

I’ve always published with small presses, but I have done a number of interviews (especially when it’s verbal) where things end up misquoted or just misunderstood. I want to be clear: My book is about urban Indian culture, but I have a lot of love and respect for people who live on reservations.

I love that Stephen King’s The Shining has such a presence in the book—I recently reread that book, which is rather timeless. Clearly King has had an influence in your work. What other authors have inspired you?

I’ve been so glad for Kelli Jo Ford and Brandon Hobson, writing in the vein of realism, and my partner David Heska Wanbli Weiden, an award-winning thriller writer. And of course for Stephen Graham Jones. Additionally, Grady Hendrix could write a book every three months and I would probably read his books until one of us died. And honestly it was Silvia Moreno Garcia’s Mexican Gothic that truly made me realize that I could write in this genre. I love P. Djeli Clark’s Ring Shout, and of course I think that Rebecca Roanhorse is the most ground-breaking Native writer alive today. 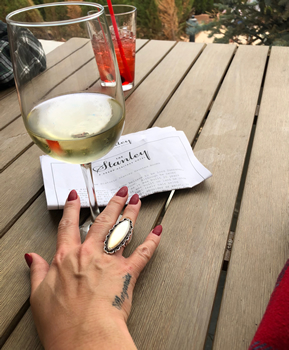 How important has your heritage been in your writing?

I think a white dude’s heritage is just as important in their writing, it’s just seen as neutral. So because Native people are so diverse, and so misunderstood, what we write seems politicized, when most of us are writing a poetic and imaginative version of what we are experiencing every day.

The new novel is called Room 904. It’s about a woman named Olivia who, on the evening of her graduation from her doctorate in psychology, gets a call from her sister begging her to come to the Brown Palace Hotel. She scoffs—and her sister [dies by] suicide. It’s after that that her “powers” are turned on. She’s able to see and speak to the dead, and even have access to their memories. She begins a career as a paranormal investigator (like her obsession the Warrens from the Conjuring series). When the Brown Palace calls her to investigate a series of murders, she finds that her sister is haunting the hotel—and that her mother has checked in. If Olivia doesn’t solve the mystery, her mother has three weeks to live.