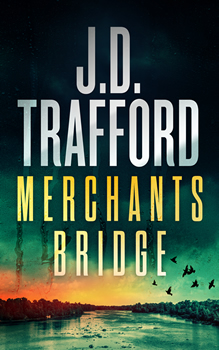 An attorney searches for answers after he witnesses his colleague’s murder and soon realizes that he’s being framed for something much bigger.

Everything changes for attorney Graydon “Gray” Wendt while walking back to the office after a late dinner with a potential client. An SUV swerves and jumps the curb in front of them. His law partner is killed immediately, and Gray is knocked to the ground and shot twice in the chest.

A few days later, Gray wakes up in the hospital. His face is swollen. His body is sore, and his mind is scattered. Some of his clearest memories from that night are dismissed as by-products of a concussion. Although healing, Gray’s attempt to return to work is complicated by headaches and hallucinations. He struggles with paranoia and how to differentiate what is real and what is not.

Law enforcement, in the meantime, focus their attention on Gray, and he must figure out what really happened and who is setting him up to take the blame.

The Big Thrill spent some time with bestselling author J.D. Trafford to learn more about his latest thriller, MERCHANTS BRIDGE:

My books take place in St. Louis, and I use a lot of real restaurants and local landmarks in the story to highlight the places where I like eat and hang out, like Blues City Cafe. 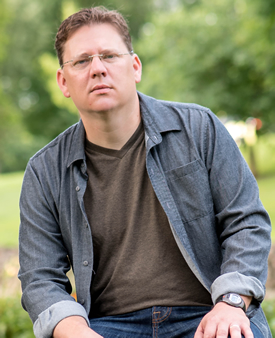 I think D.W. Buffa is a phenomenal legal thriller writer, and I aspire to be at his level, even though he is not as well-known as Grisham and Turow.

Pagan Babies by Elmore Leonard and Skinny Dip by Carl Hiaasen influenced my career because they demonstrated that a thriller can be something more than a mystery. The characters can be funny and even outrageous. It’s like they and these books gave me a permission slip to push the boundaries.

I should know this by now, but every book is different. Every time I write a book, I discover something new about the craft of writing. I doubt the reader would know, but it always surprises me how there are many paths to develop a character and a plot and improve a book after the initial draft.

The plot took shape first. I wanted to write a story that on one level was a traditional legal thriller but also had a sub-plot that tiptoes toward the supernatural but doesn’t cross that line.

We live in a very segmented society, and, for most people, they don’t meaningfully interact with others that are different from them. At the courthouse, however, there are all types of people interacting with one another of different races, education levels, and wealth. This provides an opportunity to go deeper than “run, jump, shoot” (not that there is anything wrong with running, jumping and shooting…I like that, too).

Whenever a book, like this one, crosses over several genres, it can alienate people and leave all readers unsatisfied. That was and is the biggest challenge. It is also the biggest opportunity, because it can appeal to a larger audience and will be unique.

J.D. Trafford is the winner of the National Legal Fiction Writing Competition for Lawyers, has been profiled in Mystery Scene Magazine (a “writer of merit”), and written multiple bestselling legal thrillers. This includes Little Boy Lost, which has sold over 100,000 copies worldwide and was the #1 overall bestseller on Amazon.