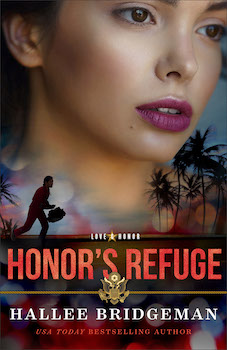 When she was just five years old, Melissa Braxton watched her father take her mother’s life. Separated from her sister, Lola, at that time, Melissa grew up with a strong desire to help those stuck in abusive relationships. It’s why she became a family therapist and opened a domestic abuse shelter.

After losing a leg to a gunshot wound in the line of duty, Phil Osbourne has felt like a man without a purpose—until he hears Melissa’s story and decides to use his Special Forces contacts to track down her missing sister. He knows what he discovers will break Melissa’s heart. What he doesn’t realize is that helping the women reunite will bring the cartel down on them like the Category 5 hurricane striking Miami.

Bruised yet not quite broken, Melissa and Phil battle the storm and the cartel, calling on strength they didn’t know they had to escape death, save the innocent, and—just maybe—find healing in each other’s arms.

What do you hope readers will take away from this book?
One main thing my character had to learn was that even in brokenness, there’s a way to be whole again. Phil had to accept that even though he’d lost his leg, it didn’t take away from who he was in his core. He had the same strength and courage he had when he served on the A-Team. 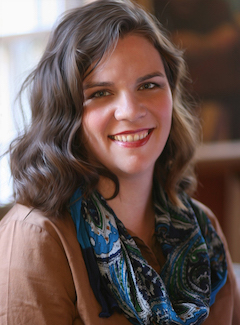 How does this book make a contribution to the genre?
Even though my character is no longer serving actively in the military, the book itself is still part of the military culture. All of Phil’s training came from his time in a Special Forces A-Team, and he used that training to save Melissa and her family when he needed to. He also called on his buddies from the Team for help in different ways.

Was there anything new you discovered or that surprised you as you wrote this book?
I went into writing this book with an understanding that the Colombian drug cartels have some pretty terrible people working for them and running them—I just didn’t understand the depths of that. Investigating and researching the cartels was a scary subject. The more I dug, the more shocked I was at their business as usual.

No spoilers, but what can you tell us about your book that we won’t find in the jacket copy or the PR material?
I’m never kind to my characters. I take them through the wringer and bring them out on the other side. This is the kind of book that as soon as you feel like you can relax, I deal another blow. It was a lot of fun to write.

What authors or books have influenced your career as a writer, and why?
I’ve always known I wanted to write military characters. I’m an Army brat married to a former Special Forces soldier who is still serving in the military. It is where my heart is. The kind of books I just inhaled as a reader that depicted those who served in the military well were the early books of Tom Clancy. Chavez and Clark are two of my favorite characters from books ever, and I still think of those characters decades after reading them the first time.

Hallee Bridgeman is the USA Today bestselling author of several action-packed romantic suspense books and series. An Army brat turned Floridian, Hallee and her husband finally settled in central Kentucky, where they have raised their three children. When she’s not writing, Hallee pursues her passion for cooking, coffee, campy action movies, and regular date nights with her husband. An accomplished speaker and active member of several writing organizations, Hallee can be found online at www.halleebridgeman.com.