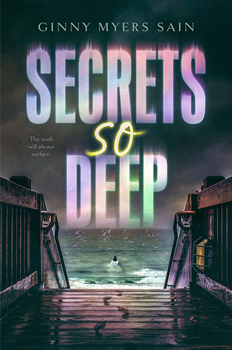 “I was five years old the night stars fell from the sky. They tore loose somehow and came down like rain.”

So starts this young adult murder mystery wrapped inside a theatrical performance surrounded by the paranormal. In SECRETS SO DEEP, author Ginny Myers Sain takes readers into the world of acting, writing, and creative genius all while the characters try to stay alive.

Seventeen-year-old Avril Vincent has been to the theater camp at Whisper Cove before. She was five when she and her mother, Nicole Kendrick, faced tragedy on the water. Avril survived, but her mother did not.

Avril can’t remember anything about her mother; it was like the sea washed everything away when she drowned. She applied to attend the four-week “theater intensive” so she could somehow have more of a connection to her mother. That’s the last place her mother was alive.

Nicole was best friends with Whisper Cove’s theatrical legend, Willa Culver. But 12 years ago, Willa hadn’t yet written her blockbuster play, Midnight Music. Then Whisper Cove was about to go bankrupt, so Nicole tried to help her friend make money by performing in a play there.

Willa’s son Cole is a handsome but dark and brooding teenager. He and Avril feel an instant connection when they see each other. It’s as if they shared a past and knew each other intimately. 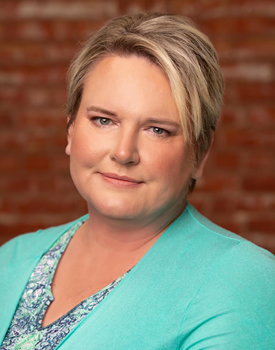 As the days and weeks pass, and the cast rehearses Midnight Music, odd things happen. The fog rolls in and skews everything at the cove. Avril hears whispering in the darkness and sometimes finds herself in a place she doesn’t remember walking to. Cole tells her that all the women who lived in the old whaling village on the site drowned themselves and their children when their men didn’t come back from sea. Their spirits haunt Whisper Cove.

And it appears to Avril that her mother’s spirit also haunts the property. But there’s something even more dangerous lurking at Whisper Cove, and Avril and Cole are determined to find out what it is and what happened to Avril’s mother years ago.

Here, Sain talks with The Big Thrill about how her love of theater led to the story, the similarities between writing and acting, and the effects of childhood trauma.

What was the inspiration for the story in SECRETS SO DEEP?

This story took root in my brain years ago when I spent six summers working in the box office at a seaside theater in Connecticut. Every evening, this incredible fog would come rolling in, and the foghorn would sound, and suddenly the grounds I knew so well during the day would seem unfamiliar. It was such a disorienting experience. I kept that tucked away in my brain, knowing there was some kind of story there. I’ve also always been fascinated by the slipperiness of memory, so when I decided I wanted to write about it, I knew where to set the story.

The grounds of the Eugene O’Neill Theatre Center in Waterford, Connecticut, which inspired Whisper Cove Theatre in SECRETS SO DEEP

How did you use your experience in theater and acting to create the story?

I spent many years directing and teaching theater with high school students, and that influenced everything about this story. I have so much love for theater kids—the passion they have for their craft and the love they have for each other. I wanted to bring that passion to the page. But my experience as an actor and director always influences the way I tell stories. I see the scenes I write visually, as if they’re unfolding on stage in front of me.

How are the arts of writing and theatrical acting similar, and how are they different? 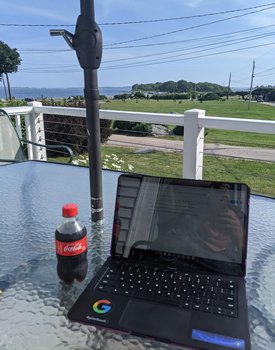 The front porch of the house in Stonington, Connecticut, overlooking Long Island Sound, where Sain spent the summer of 2021 (and where she wrote most of SECRETS SO DEEP)

At their heart, they are both storytelling arts. The only difference is the way the stories are told. In the theater, there are so many artists included in that process… actors, directors, scene designers, lighting designers, sound designers, costume designers, and so many others working behind the scenes. When I write, it’s a lot of fun to be all those things myself.

But writing is far from being a solitary art form. I have so many wonderful writer friends who encourage and support me. A critique group reads my early drafts. I have a wonderful agent and an incredible editor, so writing and theater are both very collaborative arts.

How does childhood trauma shape a person’s life?

I think it shapes everything about our lives. We all carry the scars of childhood into adulthood with us. I had a really happy childhood, but there are still memories and experiences that impacted the person I grew up to be and the way I view the world. The more traumatic those experiences are, I believe, the more they change you as a person. That would be especially true if, like for Avril, there are unanswered questions complicating the trauma.

Why did you decide to write young adult fiction? 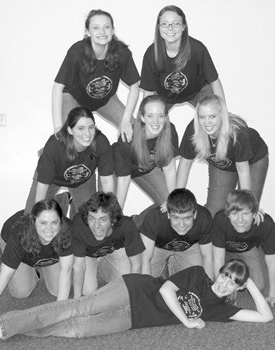 After working so closely with high school theater students for so many years, I knew they were the readers I wanted to write for. I loved their passion, their creativity, their energy, their loyalty, and most of all, that feeling of being poised right on the edge of something huge. The changes that are just around the corner during that period of life—exciting, but also terrifying and confusing—make such fascinating stories.

I knew those kids so well I heard their voices in my head. I have so much love and respect for teenagers. They’re smart. They’re funny. They’re brave. I feel like they don’t get enough credit for being all those things during a tumultuous time, when so much in life is turned upside down. It’s a beautiful but terrifying period of exploring who you are and what your place is in the world. Who wouldn’t want to write about that?

Tell us more about your fascination with the spooky and dark.

I’ve always loved creepy, scary, dark stories! I remember going to the Scholastic Book Fair as a kid and searching out anything that was a ghost story or about monsters. Later, I read tons of dark, gothic stories, and I fell in love with books like Rebecca. A part of me has always loved the idea of what might be hiding in the dark corners of our lives.

Some of the best writing advice I ever got was to write stories, not lessons—especially for young people. I never sit down to write a book with a particular message in mind. I think the messages or lessons exist organically in all stories, so they are definitely there. But they’re a product of the story, not the other way around.

I think this book examines how our experiences can shatter us, but also how we can put ourselves back together.

The Stonington, Connecticut, beach that inspired a key setting in SECRETS SO DEEP

One piece of advice I don’t see often (since it comes specifically from my experience working in theater) is that if you want to learn how to write really good dialogue, read plays! Order scripts and read them. They’re super cheap to buy.

The thing about dialogue in plays is, that’s all the playwright has. They don’t get the luxury of sharing the characters’ internal thoughts or of narration explaining things. Whatever gets put out there for the audience must be wrapped up inside the dialogue. So play dialogue is such a good example of how to write tight, concise conversations that move the story forward in multiple ways with every single word.

I’m a Walt Disney World super-fan—I’ve probably been over 100 times. I think the thing I love most is the way Disney creates totally immersive worlds in their theme parks. You know they aren’t real, but they seem so perfect. I think it’s probably the theater person in me who admires so much attention to even the tiniest detail.

I love the idea of using sets, music, costumes, and lighting to create something completely fake, but also breathtakingly fantastic. It’s taking a fictional world and bringing it to life in a way people can see, hear, feel, and experience as if it were a real place. It’s not that I love it in spite of the fact it’s not real, it’s more like I love it specifically because it’s not real.