The Return of an Unforgettable Character 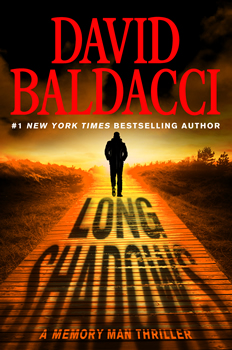 Amos Decker has the ultimate skill for a detective—he forgets nothing. Ever. Due to a condition called hyperthymesia, he has perfect recall of everything he’s seen and heard. While this can be a key tool for him as an investigator for the FBI, it can also be a liability for him as a human being. Which makes it easy to see why bestselling author David Baldacci, who’s written a variety of different series characters, feels a special attraction to Decker.

“It felt like he’d gotten to a certain point where I almost plateaued him in Walk the Wire,” Baldacci says. “I wanted to write about Amos again. It had been a couple of years. And I wanted him to have sort of a fresh start.”

Creating a fresh start for Decker in his new novel, LONG SHADOWS, also meant a fresh start for Baldacci. This was a chance to dig deeper on a character that he was fascinated by and thought he knew inside out. “If he’s going to be the same guy, why bring him back, right?” he says. “So that’s a little bit of a dichotomy with a returning character, that you know him, but what I need to write about in future books is what I don’t know about him.”

When we meet Decker in the new novel, he is a man in transition. He’s just received a frantic call from his ex-partner on the police force. He’s been informed of a new diagnosis related to the brain injury he suffered as a former NFL player. And the FBI has just assigned him a new partner, Frederica “Freddie” White, a single mother with little tolerance for Decker’s eccentricities.

Like Decker, Freddie White is dealing with her own demons, a single mother who’s lost a child and is trying to support her family. “So basically, my question was to myself, let me throw these two characters together and see how they do,” Baldacci says. “And I didn’t have any particular thoughts about how they were going to do it. How were they going to relate? Were they going to be acid? Were they going to get along from the beginning?” 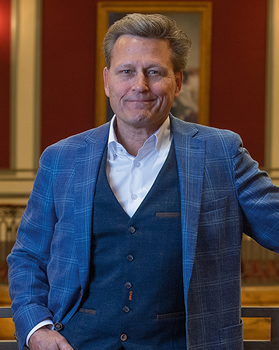 Spoiler alert—hard-charging Decker and elbow-throwing White do not get along, but they do learn to trust each other more and more as they dig deeper into the murders of a federal judge and her bodyguard. All of that, however, was a discovery for Baldacci, who not only doesn’t outline, he wants to be as surprised as his readers.

“I sort of felt that out as I was in the trenches, in the battlefield, writing these scenes, I got to know them,” he says. “And all of a sudden, I was making decisions based on not who I thought they should be, but who they should be just based on the fact that I had gotten to know them.”

Working together, Decker and White investigate the personal lives and social circle of the dead judge and her bodyguard, unearthing hidden motives and—in classic Baldacci fashion—finding secrets that could lead to some of the most powerful people in the world. “I wanted it to be a small, closed murder set, almost like a Mouse Trap where you’ve got two dead bodies,” he says. “And so that part was a classic mystery, but overlaid on that was all the personal stuff that both Decker and Freddie had to deal with.”

That mix of investigative details and interpersonal conflict is key for Baldacci. “As a writer, the only opportunity you have to connect on a viscerally human level with the reader is through the characters,” he says. “It’s almost impossible to do that through a plot point. So the way you do that is to build up characters that people will care about.”

For Baldacci, exploring these characters is key to what keeps him excited about writing after more than 30 books.  When he’s deep into the work, he’s not just putting words on a page; he’s immersed. As he says, “I live it in my mind. I live it.

“I think the best thing I ever did, having a long career as a writer, is that I told myself from the very get-go that I’m going to approach every book like it was my very first novel, and I have no idea what I’m doing, and I just have to feel my way through and see where it goes.”

Wherever the story leads, Baldacci wants to have fun unspooling it. “You have to take it seriously. Obviously, people are out there living and doing it, but if you’re not having fun, it’s going to come through in the pages,” he says. “People come up to me and say, boy, it sounds like you had a lot of fun writing that book. And I did. I have fun writing all my books because they’re very different, and I get to explore new things and new worlds.”

With all those new characters and new worlds to explore, will Baldacci be coming back to Amos Decker? “I have a pretty good feeling,” he says. “Pairing him with Freddie, I felt a rejuvenation on my part, and also on his part, if that makes any sense. And now all of a sudden, he’s got a new foil, a new sort of direction in life, and new challenges, as well, going forward.”