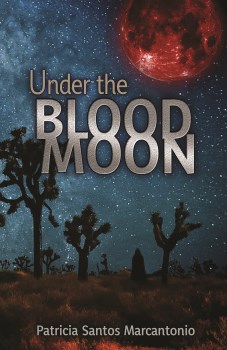 Guadalupe, New Mexico, is usually a pretty quiet town— that is, until everything starts going to hell with a series of bizarre murders. Not to mention, a demon gives birth at a park. A boy disappears in the middle of a swimming pool. Rattlesnakes invade the town. A prosecutor suspects a high-end resort development is at the heart of the crimes but discovers a conspiracy of the living has opened the door for an ancient evil seeking revenge for old and new betrayals that threaten his own family.

Patricia Santos Marcantonio recently spent some time with The Big Thrill discussing her latest thriller, UNDER THE BLOOD MOON:

The setting. I loved the idea of a small, somewhat isolated desert town dealing with supernatural forces. I wanted to make the landscape another character in the book. 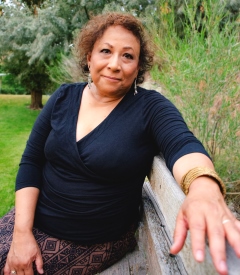 The biggest challenge was making the unreal real. That is, when rattlesnakes invade town or a demon shows up in City Park, yes, those are supernatural events. But how the town residents react is very human.

The biggest opportunity was to tap the Mexican folktales and scary stories I heard as a kid and make them new and exciting.

Despite the scares and thrills, how greed can undo everything while love and friendship can heal all.

I also added a bit of humor because demons were running around town, after all.

So many. For mysteries, Agatha Christie, Kate Atkinson, Martin Cruz Smith. For thrills and scares, anything by Thomas Harris, and for horror, Richard Matheson.

Patricia Marcantonio (who also writes as Patricia Santos Marcantonio) is the author of the Felicity Carrol mystery series (Crooked Lane Books). Arte Público Press, the largest US publisher of contemporary literature by US Hispanic authors, published her courtroom drama Verdict in the Desert. Her children’s book Red Ridin’ in the Hood and Other Cuentos (Farrar Straus & Giroux) earned an Anne Izard Storyteller’s Choice Award and was named an Américas Award for Children’s and Young Adult Literature Commended Title. Her screenplays took first in the Willamette Writers Kay Snow and Reel Women of the West writing contests, as well as placing in the top percentage of other competitions.

She received an Alexa Rose Foundation Grant to produce and direct her original play, Tears for Llorona, inspired by an old Mexican ghost story. She is a member of the Dramatists Guild of America. As a journalist, she earned several state and regional awards and was named a Newspaper Association of America Digital Media Fellow. For several years, she covered crime and courts as a reporter.