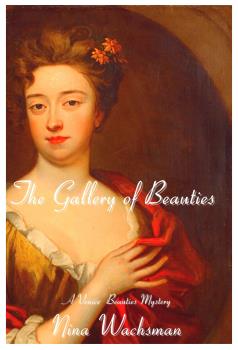 Venice, 1612. Two very different women, a notorious courtesan and a rabbi’s scholarly daughter, are brought together by an artist to pose for their portraits for a “Gallery of Beauties,” commissioned by an English lord.

The elite courtesan Belladonna has ambitions for Diana, the rabbi’s daughter, but only if she will discard her origins and her traditions. Chaffing at the limitations of life in the Ghetto, Diana seeks the rewards of living in the larger world but is unsure if she can discard her family, her people, and the traditions she loves. When one by one, the subjects of the portraits are poisoned, the two women recognize their danger and must use their courage and intelligence to unmask the murderer before they become the next victims.

Nina Wachsman recently spent some time with The Big Thrill discussing her latest thriller, THE GALLERY OF BEAUTIES:

Setting. Venice seduced me at my very first visit, which was during Carnevale, when men and women in 17th century costumes and masks roamed streets that haven’t changed much in 500 years. It was a city not only known for its beauty but for its beautiful women. After a visit to a ‘gallery of beauties’ in the royal palace in Munich, where I discovered portrait galleries of beautiful women were often created for royalty, I thought it a perfect plot point for a story about Venice and a way to introduce its unusual and illustrious women. 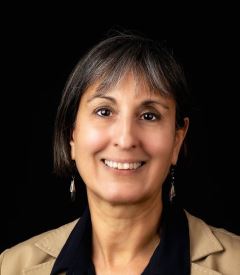 I love reading historical novels of suspense that not only quicken the pulse but stimulate the mind, with little known facts or practices that bring eras and people of the past to life.

The biggest challenge was making the main character, Diana, the rabbi’s daughter, relatable to modern audiences while remaining true to the position and mindset of women at the time. Women were more vulnerable and therefore more passive, but it is frustrating for today’s reader to embrace a main character who lets things happen to her. So you must create an outlier character, which also provides the opportunity to contrast her behavior to the more ‘traditional’ women of her time.

The most surprising thing I learned about 17th century Venice was how ‘liberal’ it was for its time, allowing women opportunities beyond marriage and motherhood. It wasn’t just the courtesans who had the freedom to develop their minds or their talents. The first woman to ever receive a PhD from a university as well as notable women composers, glass makers, poets, and artists who were known across Europe lived or were born in Venice.

The protections and limitations of life in the Ghetto spurs the main character, Diana’s, pursuit of the opportunities in the modern world but conflicts with her determination to maintain her religion and her autonomy. Diana’s quest exposes issues of social justice that span class, religion, gender, and politics.

Hank Fillippi Ryan, JD Allen, and Deborah Goldstein, whose coaching on sentence and novel structure were invaluable. I am in awe of the writing of James Benn, whose Billy Boyle series put you right in the midst of the battlefield in WWII Europe. Anne Perry’s Victorian mysteries present characters who must rise to the challenge when faced with murder, even though they may be limited by their accepted roles in society.

Q: How does art lead to murder in THE GALLERY OF BEAUTIES?

A: The inspiration that fuels art is unexplainable, and the connection between the artist and his subject can be mystical and seductive. Those elements are so enticing to Diana that she overcomes the risks of stepping out of the Ghetto to pose for the artist. The portraits were to be the pride of the English nobleman’s collection but stirred dangerous passions and became the source of jealousy and obsession which led to murder.

Nina Wachsman is the descendant of a famous rabbi of the Ghetto, and her family’s Sabbath candlesticks are a family an heirloom from the Venetian Ghetto. She studied illustration at Parsons School of Design and visits Venice frequently to attend the international Venice Art Bienniale. She lives in New York City, where she heads a digital marketing agency.