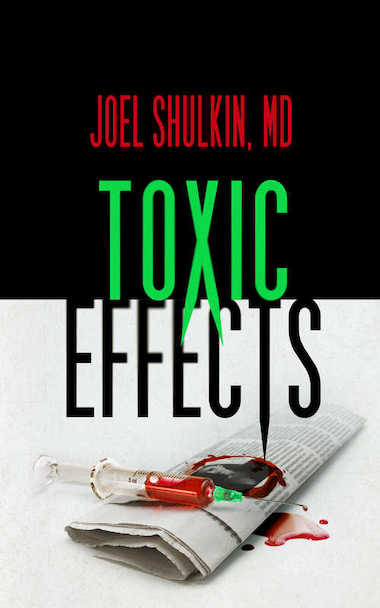 Soon after beginning her new job at the Longwood Memory Center, neuropsychiatrist Cristina Silva receives a startling phone call from her contact at the FBI: An assassin is crisscrossing the country, killing anyone connected to the now-defunct pharmaceutical company ReMind—people like Cristina.

Indeed, an assassin is tracking Cristina—a literal femme fatale known as Dama Branca. Transfixed by the brilliant doctor, DB’s unsure what’s preventing her from killing Cristina. She senses their fates are entwined—with any luck, not fatally.

Cristina’s spurned lover, Wilson, is investigating the suspicious deaths of local teens, and there are now terrified whispers of a hooded boogeyman called Sack Man. One exceptional young man, Reggie Horne, is clearly in the middle of this bedlam, and Wilson vows to protect him.

When Cristina is in danger, Wilson is never far away. With at least one killer in their wake, unlocking Cristina’s memories could save many lives—her own included.

TOXIC EFFECTS tackles some hotbed issues (Black Lives Matter, maltreatment of LGBTQ+ adolescents, teen drug use) but not in a conventional way. As a White, cis-gender man, I did not feel comfortable telling these stories from a first-person POV, but I also didn’t want to perpetuate the mythos that “all cops are inherently good” when we know all too well there are bad eggs in every profession (including in medicine). I was faced with the challenge of having a White male police detective in a co-starring role for this book at a time when public sentiment has shifted. So I decided to throw him into a situation where he must face not only discrimination by some parents toward their gay teen, but institutional racism within his own precinct. I hope his solution is reflective of how most would react in the same circumstances. 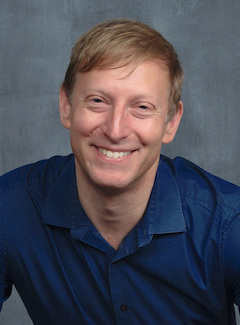 Since TOXIC EFFECTS is a sequel, I already had the main characters (Cristina and Wilson) developed, and I had a strong idea of the character for the primary antagonist, Dama Branca. I knew the setting; unlike in the first book, which spanned two continents, this book would take place solely in the greater Boston area. Next came the plot, but it wasn’t until revisions when I discovered the other characters—and even DB’s and to some extent Cristina’s—weren’t as well-developed as I thought, and as a result the plot didn’t work. Redeveloping those characters helped inform the plot, which in turn helped develop the characters even more.

When I originally wrote Adverse Effects, I never intended for it to be a series. It was only in the process of revisions that I realized there is still a lot more to Cristina Silva’s story. So the biggest challenge in writing TOXIC EFFECTS was creating a new storyline that serves as a continuation of the previous one without feeling like a rehash. With editorial feedback, I completely rewrote the story three times and eliminated four major characters before the book felt true to the characters while introducing some new plot twists and giving direction for the rest of the series.

Joel Shulkin, MD, is the author of Adverse Effects, the first novel in the Memory Thieves series, and he has penned award-winning short stories and poetry. A pediatrician and United States Air Force veteran with a masters in public health, Joel lives in Florida with his wife and two daughters.