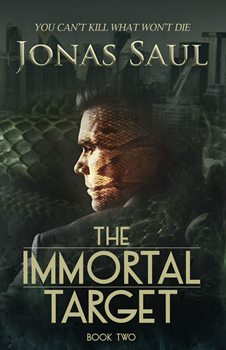 Jake Wood is a desperate man. After losing the love of his life, his career, and going through life-altering physical changes, he’s now facing murder charges.

Fortech Industries, the pharmaceutical company behind the Immortal Gene, aims to put an end to Jake any way they can. They start by going after the people closest to him.

Hunted by both Fortech and the police, Jake must find a way to stop Fortech’s brutal attack and get the authorities off his tail.

Going to extreme measures, Jake discovers something that could take Fortech down forever, but not before learning he isn’t the only carrier of the Immortal Gene … and nobody lives forever.

In this case, character came first. I wanted a character that became a modern vampire without the need to drink blood. My character is immortal, always cold to the touch, has fangs, and eats raw red meat. 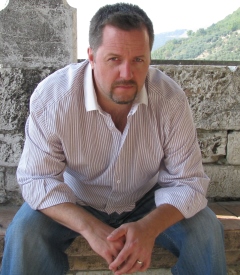 Getting the research correct was the biggest challenge. Presenting it in the novel in a way that “sold” the character was extremely important. Yet, once achieved, that gave me an opportunity to fly with it and do wonderous things with this character.

Yes, that people can be allergic to horses, and that snake antivenom is made using horse blood. So after being bitten by a venomous snake, imagine giving the antivenom to someone who is not aware of their horse allergy … and you get what happened to my character, Jake Wood.

Jonas Saul is the bestselling author of the Sarah Roberts Series and has written and published nearly 50 thrillers. After selling several million books, he signed with the Gandolfo Helin & Fountain Literary and Dramatic Rights Management. He’s a literary manager with Imagine Media Group Literary Management and the editor-in-chief at Imagine Press Inc. Saul is regularly invited to be a guest speaker, teacher, and workshop presenter at international writing conferences and film festivals worldwide.