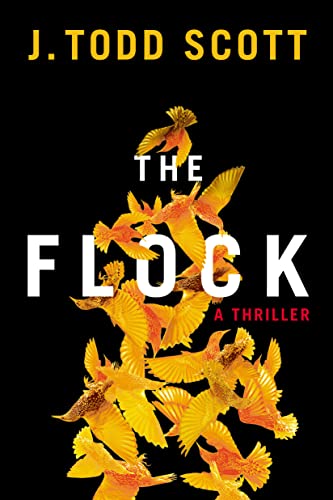 From J. Todd Scott comes a chillingly engrossing thriller about a cult survivor who must confront the horrors of her past to ensure the safety of the future…

Ten years after a fiery raid kills her family, former cult member Sybilla “Billie” Laure has a completely new identity. She’s settled in rural Colorado with her daughter, hoping for a quieter life. But the world has other plans.

With wildfires raging and birds dropping from the sky, Billie wonders if her cult leader father’s apocalyptic predictions are finally coming true. When an intruder murders her husband and kidnaps her daughter, Billie has no choice but to confront the secrets of her past. But Billie’s journey has other perils, too—namely, a police chief hot on her trail, determined to expose the dangers of the defunct doomsday cult.

To save her daughter, Billie will have to go back to where it all began—to the ruined compound in New Mexico where the real threat is the truth.

“It’s all here: doomsday cults, innocents and grifters, unexplainable phenomena. Heartache and regret. A chance at redemption. What sets THE FLOCK above your average thriller is the absolute ring of authenticity from this twenty-plus-year career DEA agent. You got the real deal right here.” —Alma Katsu, author of The Fervor and The Hunger

“Scott lays out his short, propulsive chapters like a trail of breadcrumbs you can’t help but follow. This one will keep you up late turning the pages.” —Brian Freeman, bestselling author of Thief River Falls

“We live in a world of bent truths, tribal divisions, and conspiring realities—and you’ll find a dark, mesmerizing reflection of this in J. Todd Scott’s latest thriller, THE FLOCK. Scott writes with a terse poetry and builds a relentlessly paced plot, but it’s the superbly drawn characters who will wreck you in the best possible way.” —Benjamin Percy, author of The Unfamiliar Garden

As a longtime fan of writers such as Stephen King, Dean Koontz, and Christopher Golden, I wanted to a write a thriller with a hint of the paranormal, although the true horror is grounded in a wholly plausible future. 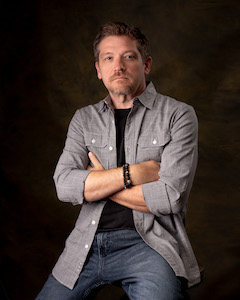 As a writer of crime fiction, I think anytime you change genres, it’s a challenge. A challenge to find your voice, a challenge to accommodate your loyal readers, and a challenge to introduce yourself to new ones. The flip side is that it’s a great opportunity to reinvent your work as well.

Much of THE FLOCK deals with cults and conspiracies, and as I did a deep dive on the research, I was simply blown away by the number of “modern” cults operating across the world, even now.

J. Todd Scott was born in rural Kentucky and attended college and law school in Virginia, where he set aside an early ambition to write to pursue a career as a federal agent. His assignments have taken him all over the United States and the world, but a gun and a badge never replaced his passion for stories and writing.

His previous books include The Far Empty, High White Sun, and This Side of Night in the Chris Cherry/Big Bend Series, as well as the Appalachian crime novel Lost River.