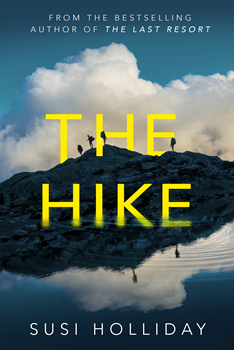 When sisters Cat and Ginny travel with their husbands to the idyllic Swiss Alps for a hiking holiday, it’s not just a chance to take in the stunning scenery. It’s an opportunity to reconnect with each other after years of drifting apart—and patch up marriages that are straining at the seams. But when only two of the four hikers make it down from the mountain, the police press them for their story—but soon become suspicious when their accounts just don’t add up. What really happened up on that ridge? Who are the survivors? And what secrets are they trying to hide?

Susi Holliday recently spent some time with The Big Thrill discussing her latest thriller, THE HIKE:

Setting! I love to set my books in exciting locations, and this one came about when I went on the actual hike featured in the book—and as the day got longer and tensions frayed, the idea of turning an innocent walk in the mountains into something much more sinister began to take shape. 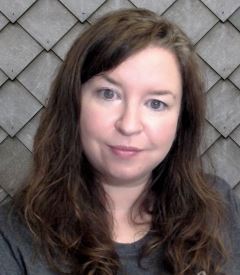 I have a strand which is set in present day, where there are two hikers at a police station and the reader is not supposed to know which of the original four they are. This was a challenge in ambiguity! But as I wrote it from an external POV (a police officer) it became all about his perception of the two, and so I think I managed to keep their identities hidden. Opportunity-wise, I was able to draw in a bit of a “last girl” horror strand, which was a lot of fun to write.

That trying to keep characters identities secret is HARD! And something important that I learned during the editing process actually: that not everything has to be a twist or a reveal. In the first draft I was holding so much back that it was really challenging to write, but then my editor suggested that some of it would work better in the set-up, so it gets established really early on, and you know what? It made the story work so much better. Yay for editors!

That the main character is named for the lovely reader who bid for her name in the book in a charity auction for young people with cancer… and that she has a genuine phobia of seahorses that I somehow managed to squeeze into a book set in the Alps!

I have always loved a mix of horror and thriller, so Stephen King was a huge influence in my early writing. Now I read such a mix, it’s hard to know!

Do you plan to write more travel-based thrillers?

Susi Holliday is a Scottish writer of dark fiction. She cut her teeth on flash fiction and short stories and was shortlisted for the inaugural CWA Margery Allingham Prize in 2014. She is the acclaimed author of the creepy and claustrophobic Banktoun trilogy Black Wood, Willow Walk, and The Damselfly, the festive serial killer thriller The Deaths of December, the supernatural mystery The Lingering, a psychological thriller set on the Trans-Siberian Express Violet, and a horror novella, Mr Sandman. Her next two novels, The Last Resort and Substitute, contain a speculative science edge, and her latest thriller, THE HIKE, is another, like Violet, to feature travel adventures that go horribly wrong. Her short stories have been published in magazines, newspapers, and anthologies. By day, she works as a clinical research statistician. Holliday divides her time between London and Edinburgh. She loves travelling, long walks, and scaring herself with horror movies.