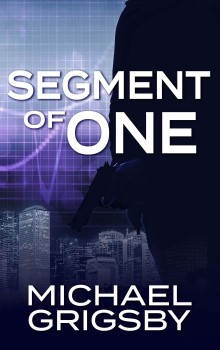 Marketing analyst Nick Vanderoff, newly retired from his successful career in business, lost his wife last year to cancer. Now he just wants to rest, relax, and repair family relationships. To accomplish this, he’s been spending time with his math-genius granddaughter, Holly, and his estranged daughter. But a serial killer is on the loose in Dallas, and traditional forensics have produced nothing. Nick has consulted for the police department before, but not on anything like this. Can he trust the algorithms that worked so well in the corporate world to flush out a madman? The answer becomes personal when Nick’s projections thwart the killer’s plans, and he realizes the police are closing in on him. The sniper attacks escalate, and the killer turns toward Nick and his family. Will Nick be able to use his marketing skills to target a lethal segment of one to reveal himself?

Michael Grigsby recently spent some time with The Big Thrill discussing his latest thriller, SEGMENT OF ONE:

The plot came first—typical, since I’m a plotter. But the plot was centered around the idea of grandfather and granddaughter finding and stopping a serial killer using marketing analytics. 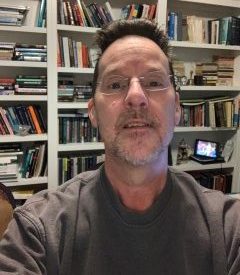 I call this an “analytic thriller,” which I think is a new thing. The idea of using marketing analytics as a criminal forensics aid seemed unique and surprising.

Michael Grigsby has worked in marketing analytics for over 20 years, both in the corporate world and teaching it to MBA students and writing two textbooks. SEGMENT OF ONE incorporates that background.