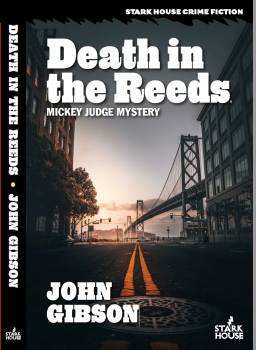 A priceless antiquity is stolen from the Iraq Museum at the start of the 2003 Iraq War. The thief is killed before he can bring his prize to the market for stolen art.

The antiquity is recovered by the thief’s brother, who brings it to glamorous SF TV personality Cass Papadopoulos, who hopes to score a multimillion-dollar finder’s fee when she finds a buyer among Silicon Valley’s billionaire class. It is a fatal mistake.

Troubled TV reporter Mickey Judge chases down the antiquity, and the killer of his friend and colleague Cass after she is murdered trying to sell the cursed piece of ancient art.

John Gibson recently spent some time with The Big Thrill discussing his latest thriller, DEATH IN THE REEDS:

Character and setting are both first in importance but followed quickly by the plot. 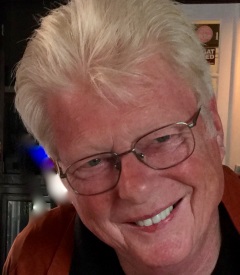 I think the genre allows me to draw characters from my decades of reporting and interviewing people for the news. Should come as no great surprise that the news is made up of the famous, the obscure, the normal, and the odd. Mostly the odd.

The challenge and the opportunity are the same: ensuring the characters jump off the page.

I discovered characters that had been lost in my memory for decades but who came to life with a little probing.

The object in this story is a real thing. What happened to it is still a mystery.

Just to name one or two, I’d start with Ken Millar, who wrote under the name Ross Macdonald. His storytelling and language was crisp and moved quickly. I like that kind of writing and try to emulate it. I also like the breezy style of Carl Hiaasen and the rat-a-tat-tat style of Elmore Leonard.

Why do you write about a TV reporter?

I spent decades as a television reporter, both on the street and in the anchor chair. Like print reporters, they encounter countless people over a long career. In this case, the trick is to free up the reporter and investigate a mystery, because in a normal situation, they are tied to daily assignments and have no time for a long chase. In the case of my character, Mickey Judge, he has a propensity for getting fired or suspended, which gives him the free time to pursue a case.

John Gibson spent four decades as a television reporter and anchor in San Francisco, Los Angeles, and New York. He now writes mystery novels from his home base in Texas.