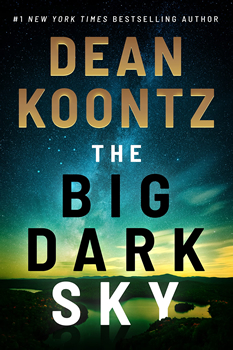 Dean Koontz needs no introduction (but here we are, introducing him anyway). With 14 of his novels hitting #1 on the New York Times Bestseller list, having sold more than 500 million books, and being a constant presence on airport bookshelves, Koontz has been a household name for decades. Knowing that, it should come as no surprise that he has three more books headed our way in the next 12 months. Here, we cover his newest release, THE BIG DARK SKY.

Joanna Chase grew up in rural Montana on a ranch named Rustling Willows. When she was nine, both of her parents suddenly died in unrelated accidents within two weeks of each other. Her aunt took her in and raised her in Santa Fe, New Mexico. Now 34, Joanna had never thought about returning to the ranch, not until her phone rang. It was her dead mother calling, asking her to return to Montana, to return to Rustling Willows.

Asher Optime was a follower of Xanthus Toller, the charismatic leader of the Restoration Movement cult. But he broke away from Toller and relocated to the ghost town of Zipporah, where he could move aggressively toward fulfilling his goal of being the celebrated leader of the genocide of mankind. He can feel something watching him through the eyes of the animals in the dead town, he can feel a guiding presence that he somehow knows wants to help him destroy humanity—and it’s coming from Rustling Willows.

Wyatt Rider is a private investigator with friends in high places. When one of those friends, tech billionaire Liam O’Hara, urgently summons him to his office, Rider thinks it’ll be just another standard case. But with one look at his friend’s face, Rider realizes that Liam is scared out of his mind. Something happened to him and his family at their new ranch in Montana, something that he couldn’t explain. He asks Rider to go investigate, to give him a rational explanation of the events he had witnessed, as what he had seen couldn’t possibly be real. Two hours later, Wyatt Rider boards a plane bound for Rustling Willows. 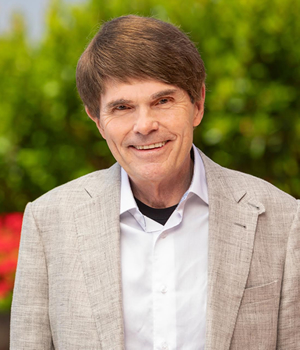 Ganesh Patel believes that synchronicity—incredible coincidences without any explainable cause—is at the root of human life. He can tell countless stories of these extraordinary and unlikely events and can see how each event is a sign of something larger coming together. When unusual, unexplainable, and supremely fatal things begin to happen to people whose lives have crossed with Xanthus Toller’s, Ganesh finds a pattern of increasing synchronicities. As he follows this fascinating trail of incredible coincidences, he gets nearer and nearer to their cause—he gets nearer and nearer to Rustling Willows.

There is something at the ranch, he knows, something sucking certain people into it like a vicious black hole. When their paths finally meet at Rustling Willows, something world-changing will happen. But Ganesh isn’t sure if that change will be good… or devastating.

In this exclusive interview with The Big Thrill, Koontz sits down with us to discuss synchronicities, cults, and his upcoming projects.

The overarching theme of THE BIG DARK SKY is Carl Jung’s idea of synchronicity—seemingly coincidental yet meaningful events in the external world that do not have an obvious cause. How did this come to be such a central part of the book as you wrote it? Was this idea always intended to be there?

I’d been wanting to write a novel about synchronicity for 40 years. I couldn’t figure out how to do so in a way that the reader wouldn’t say, “Hey, wait a sec, the plot is full of coincidences, and that’s not cool.” The point of synchronicities is that they are not in fact coincidences but are evidence of the very strange structure of reality. After decades of reading quantum mechanics, I suddenly knew how to approach the theme. By the way, the four examples of synchronicity that Ganesh Patel recounts in Chapter 76 are real and not made up by me for the novel. And at least three of them are more incredible than anything I could have written. 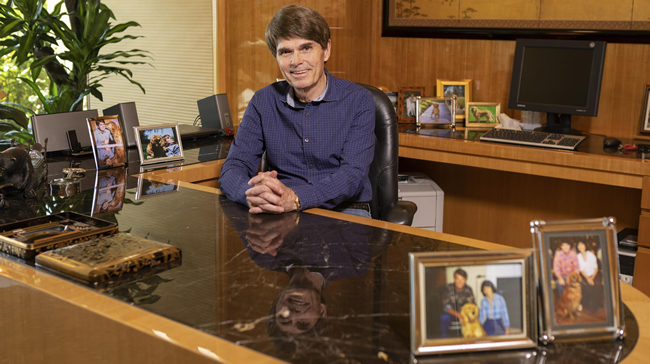 While you had many “main” characters, your central protagonist was Joanna Chase. Why did you pick a woman for this role? Do you think the shape of the book would have changed significantly if Joanna Chase had been John Chase?

As a child, Joanna had a special friend—something of a secret friend—about whom she has inexplicably forgotten. When she is told about this person (who is highly strange), her emotional reaction, which propels her back to Montana, is quintessentially female, as is the compassion with which she treats that character both in the past and on her reunion with him after a quarter century. I didn’t feel a male character would have responded in a way that would have advanced the story in quite such a satisfying manner.

You have a cult running through the background of your story—the Restoration Movement, run by Xanthus Toller—and while the cult is not physically present in the story, it is absolutely vital. There has been a massive wave of interest in cults over the last few years. Why do you think that is? What do we find so fascinating about them?

For all the admirable qualities of humanity, quite a few members of our species have a latent tendency toward irrationality. In Germany in the 1930s, we saw a country slide into madness that led to the most devastating war in history. In the second decade of the last century, we saw Russia collapse into the madness of the Soviet Union, which resulted in at least 60 million deaths. While we try to tell ourselves that kind of thing is behind us, that we are too sophisticated now to throw ourselves into the abyss, on some level, we know that’s not true. Most cults are canaries in the coal mine, reminding us of our capacity for passionate commitment to entirely irrational ideas and ideologies, and are therefore darkly fascinating. 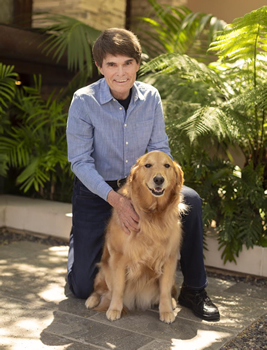 While you may get asked this far too often, this book is too complex to allow this question to pass by. What inspired this book? What events in your life helped you pull all of these moving pieces together into this detailed whole?

As I said, I’d been trying to figure out how to tackle the subject for 40 years. I had other books I wanted urgently to write—The House at the End of the World, After Death (which are now done)—but when suddenly I knew how to deal with synchronicity, I was compelled to do THE BIG DARK SKY first. Writing is a passionate enterprise. You can’t control where the heart sends you.

We are now over two years into the pandemic. How has that impacted your writing and your usual “writer’s life”? Did you pick up any of the usual hobbies so many people adopted, like making sourdough bread?

I thought about using the imposed social isolation to learn tap dancing, chainsaw juggling, and breeding gerbils, but all I finally did was write more books than I might otherwise have written.

If my research is correct, your first book was published in the late 1960s. Publishing has changed so much since then, but so has the market. How have you experienced changes in your market trends and the market overall in the last decade?

It’s an entirely different world, and not a better one.  The destruction of the mass market paperback in an impossible attempt to force readers en masse to move up to the more expensive trade paperback was nuts. The mass market was both a training ground and a means for an author to build a following that would in part start buying hardcovers. All that is gone. eBooks have compensated for about a third of the lost sales. When paperbacks were everywhere—bookstores, grocery stores, drug stores, Target, Walmart—and selling by the millions, every cover was a mini poster and an inducement to an impulse buy. All gone. I’m fortunate that by the time the publishing business hit the wall, its margins drastically reduced, I had a following that came with me when I shifted to the new publishing model of Thomas & Mercer, where I’ve been having a great time.

You’ve written more than 100 books! Do you ever plan on retiring, enjoying days away from the keyboard? Or is this your idea of a perfect “retirement”?

Retirement is just practicing for death. I don’t need to practice. When I have to die, I’m sure I’ll do an adequate job of it. Meanwhile, I’m not going to stop writing, which gives me such pleasure.

What’s next in the pipeline for you? Can you give us some teasers?

I am so pleased with The House at the End of the World (January 2023) and After Death (July 2023) that Gerda is always saying, “What’s that sound?”—which is me patting myself on the back. In each case, I took on a challenge I thought had a high risk of ending in a faceplant, but I’m reasonably certain that in neither case did I make a fool of myself. At least not a complete fool. I can endure being half a fool, which is the condition in which I’ve gotten through life thus far. I’m now working on a novel that deals with (metaphorically) the figure of Diana, Roman goddess of the moon and hunt, in a contemporary setting. Sounds strange, but so far, it seems very cool, fast-paced, and full of twists. Five TV series are in development, and the producers are smart and creative, so maybe my dreadful luck in that medium will change, though I am not going to jinx it by getting a vanity license plate that says MOGUL.