The Jewel Heist That Brought Down a Chicago Crime Syndicate 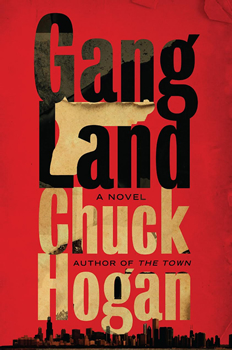 The mob is back in bestselling author Chuck Hogan’s new thriller, GANGLAND. But this time, instead of the Irish in Boston, it’s the Italian Mafia in Chicago.

Hogan’s previous bestseller, Prince of Thieves, was made into the movie The Town starring Ben Affleck about an Irish thief in Boston who wanted out of the life but couldn’t pass up one last glorious score.

Now Hogan spotlights the Italian Mafia in Chicago—the Outfit—based on the true story of crime boss Tony Accardo and the “Chicago gangland purge of 1978”—likened to another St. Valentine’s Day Massacre in Chicago, but in slow motion, one by one.

Seemingly trivial, the bloodshed all began with a jewel heist that wasn’t cleared by the Outfit boss. When Accardo discovers the robbery, he sends his loyal warrior, Nicky “Pins” Passero (owner of the local bowling alley), to collect the jewelry. But it was tech-smart Johnny Salita’s score, and he resented both Accardo’s lesson and losing the take.

Salita and his crew shock the underworld when they avenge their loss by breaking into and ransacking Accardo’s house, with Salita leaving a calling-card of piss on the carpet. Accardo can’t accept the disrespect of the brazen act and obsesses over revenge, with Nicky Pins as his executioner. 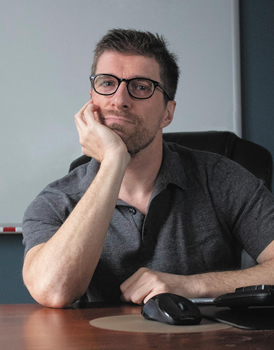 Besides Accardo’s deadly assignment, Nicky has his own problems. He must protect a secret that only Nicky’s former cellmate and the FBI agent Gerald Roy know about. Although Roy blackmails Nicky into cooperating with the FBI, Nicky has clandestine plans of his own.

GANGLAND is a novel filled with emotional turmoil, regret, and the will to survive. Can anyone leave the Outfit behind?

Here, Hogan chats with The Big Thrill about the criminal underworld, the humanity of gangsters, and the culture war between old and new.

Your inspiration for the book came from authors James L. Swanson and Gus Russo regarding the true story of a burglary at the home of crime boss Tony Accardo. How much of the plot is real, and how much is fiction?

In 1978, Tony Accardo set in motion a bloodbath on the streets of Chicago that marked the end of the era of the American crime boss. GANGLAND is a fiction operating inside a true crime story, the story of a sundowning capo and his most loyal soldier waging war against a changing world. The Sam Giancana murder, the Levinson jewel heist, the burglary of Tony Accardo’s home, and the resulting torture/murder of every thief involved, the subsequent murders of the thief murderers, the grand jury, and the FBI’s desire to end Tony Accardo’s incredible streak of never having spent a night in jail—all that is real and part of Chicago’s history.

The character of Nicky Passero, the bowling alley owner trusted by Accardo to execute (and later cover up) his mad scheme of murder and revenge, is fictional. 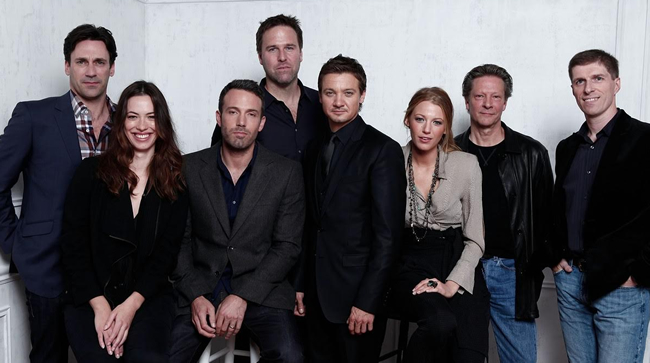 Hogan with the cast and creative team of The Town

Most of your novels revolve around thieves, with a twist of humanity woven into your antiheros. (I loved Doug MacRay’s vulnerability in Prince of Thieves.) How does this approach affect how readers interact with your characters?

The impulse of many writers and readers is to imbue underworld characters with almost superhuman intelligence and strength. Having met many current and former gangsters and career criminals, I know the truth is much more interesting. They have families and foibles, and, as with many of us, are often driven by impulses they don’t understand. And yet, unlike most of us, they choose to operate in the margins, beyond the law, in a world with its own rules and codes. I’d like to think that, in my novels, rooting for a character to “get away with it” is secondary to rooting for that character to figure things out about himself. 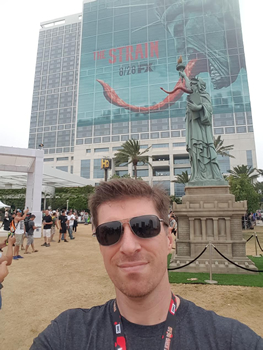 What does it mean for your criminal characters to have integrity?

The great character dilemma in GANGLAND is Nicky’s struggle between blind loyalty and conscious deceit. The FBI has compromised Nicky, so he struggles to remain loyal to father figure Accardo while hiding his informant status from him. He walks this knife’s edge throughout the book. As the saying goes, no man can serve two masters.

How are the syndicates different between Boston and Chicago?

In the 1970s, Boston’s criminal underworld was parochial, split between the Irish and the Italians, with pressure from the Italian mafia in neighboring Providence. Chicago’s Outfit was more corporate in structure, with bosses and underbosses, and controlled the skim of the Las Vegas casinos. Both Boston’s Whitey Bulger and Chicago’s Tony Accardo had a knack for avoiding jail time, but we now know that Bulger was working hand-in-glove with the FBI, playing with a cheat code, while Accardo, the longest-reigning mob capo in history, despised the FBI and remained in power for decades by allowing others to become the public face of the Outfit.

What did your research of the Chicago mob syndicate entail?

Voluminous reading. It hurts to say this, because I was very much alive in 1975-1978, but we can also rightfully categorize this crime novel as historical fiction. I recommend Gus Russo’s The Outfit: The Role of Chicago’s Underworld in the Shaping of Modern America. 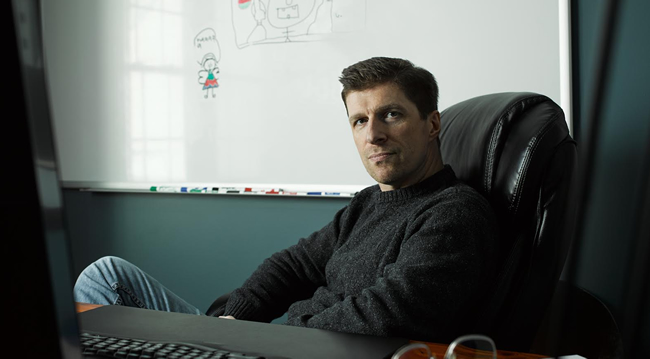 The Godfather set the mark for gangster fiction with its romanticized ode to crime families in a vanishing time. Goodfellas depicted the next generation, a tell-all reveling in the realism of its characters as the Mafia code of fraternity and omerta was fracturing. The Sopranos dramatized the twilight of organized crime, centered on a troubled Mafia boss balancing work and family.

GANGLAND reflects a version of today’s America, a culture war, the new generation versus the old guard, innovation versus tradition, filtered through the deep-focus diopter of the late-1970s. But if there’s a message, I wouldn’t want to say. 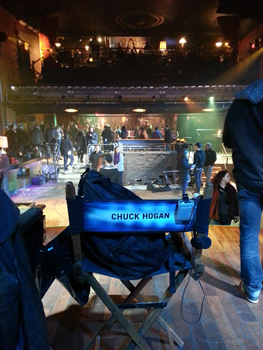 Hogan’s chair on the Toronto set of The Strain

All I can say is that it was a pleasure mixing fact and fiction, and I plan to do so again.

Think long and hard before writing a novel about a novelist and then don’t do it.

A subplot of GANGLAND has to do with Nicky updating his bowling alley’s pinball arcade to electronic video games. Yesterday, I played Galaga on a vintage upright machine for the first time in 30-plus years and scored second place of all time. So… I didn’t waste a moment of my childhood, but my shooting arm is very sore.