High School Can Be Hell 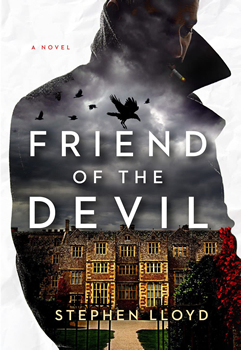 Sam Gregory is not the kind of man who dreams about returning to his high school glory days. When he dreams at all, it’s flashbacks to bloody Vietnam battlefields—the worst time of his life. Or so he thought.

When Sam’s employer, SATCO Mutual, sends him to Danforth Putnam boarding school to investigate the theft of a valuable—and heavily insured—ancient manuscript, he thinks it’ll be a quick job. There are only so many places to stash a stolen book on a tiny island off the coast of Massachusetts, after all. What our insurance investigator doesn’t know is that things are afoot at Danforth Putnam, and the footprints those things leave may be cloven-hooved.

As Sam digs into the case of the missing manuscript, his pool of suspects widens. Is it the horrifically scarred orphan, Dale Lauferson, who might be running a drug ring? The drama diva, Laura, Dale’s ex and the unfortunate victim of a sex tape? Bruiser Paul Spitz, all juiced up, might not be the brains behind it, but he could definitely be the brawn. Then there’s the young Ronald Reaganite, Bernard Sandoval—angry, an outcast, and definitely up to something. 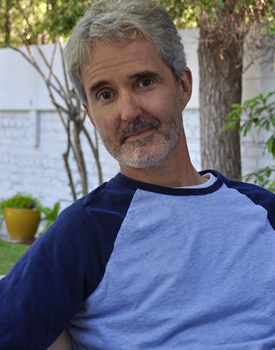 But what about the weird guy at the dock, Flynn, who drinks too much and mumbles about what must be hallucinations? There’s no way what he’s saying is real. Sure, some of the teachers are a little… odd. And, yes, the librarian, Ms. Lee, did name her cat after Aleister Crowley and does seem to have an intense stan for Caligula. But that doesn’t mean anything—everyone has odd hobbies.

Besides, none of this has to do with Sam. Whatever these teachers and students are up to is their own business. All he needs to do is find one old book on one small island, job done. For insurance claims investigator Sam Gregory, this is just another easy assignment.

In this exclusive interview with The Big Thrill, we asked author Stephen Lloyd all about his fiction debut, FRIEND OF THE DEVIL, what it was like to write for the popular TV shows How I Met Your Mother and Modern Family, and what readers can expect next.

In FRIEND OF THE DEVIL, there are several references to other works with noir or supernatural elements at their core, some of the most notable being Sam (Sam Spade, I can only assume), Laura (Laura), Crowley (Aleister), and Dr. Spellman (Sabrina). Could you point out a few others for our readers?

Thank you for noticing! There are also a couple of references to The Raven: the bust of Athena above Chesterton’s door and the raven to which Sam says, “Nevermore” (subtle, I know). The story Ms. Lee tells in the library is a nod to E.T.A. Hoffmann. There’s also a reference to Washington Irving Place. There are some others, but they contain spoilers. 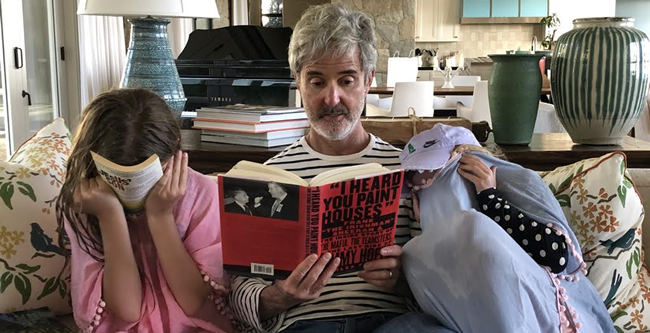 Lloyd reads a bedtime story to his daughters. Photo courtesy of Stephen Lloyd

Speaking of names, some of the characters have uncommon ones, specifically Dr. O’Megaly and Mason Alderhut. The school itself is Danforth Putnam. Do those also contain references? If not, how did you come up with them?

Unfortunately, I can’t answer completely without giving away some stuff. I can say that Mason Alderhut is an anagram. During the Salem witch trials, Thomas Danforth was a judge and Ann Putnam Jr. an accuser. (FRIEND OF THE DEVIL doesn’t refer to the Salem witch trials specifically, but to fictional earlier trials where they burned witches—they didn’t burn anyone in Salem.) Harriet is named for Harriet the Spy. Mr. Chesterton is named for G. K. Chesterton (and Gil Chesterton, the journalism teacher at my high school). 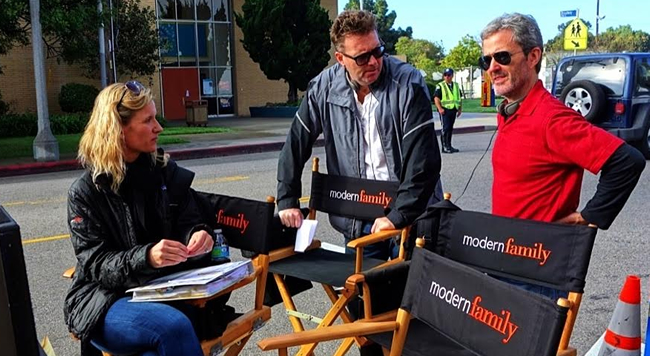 What specifically made you want to set this at a boarding school rather than a traditional noir setting? Did you find it at all difficult to set your story primarily around high school students when there were such adult moments going on around them?

I found it a pretty good fit because, as we all remember, high school can be hell (which seems appropriate for this book). I had a relatively easy go of it in high school, and I still think high school is one of the scariest places there is. It’s a place where human beings, who are barely more than children emotionally and mentally, face calamitous, potentially life-ruining choices, while approaching the height of their physical powers and sexual energy. Some of that, probably, is just me being a hysterical parent. I have two pre-teen daughters, and like most parents, when I think of what went on at my high school, I shudder. And that was with parents around. Boarding school is all that with no parental supervision, which just amplifies its Lord of the Flies quality. 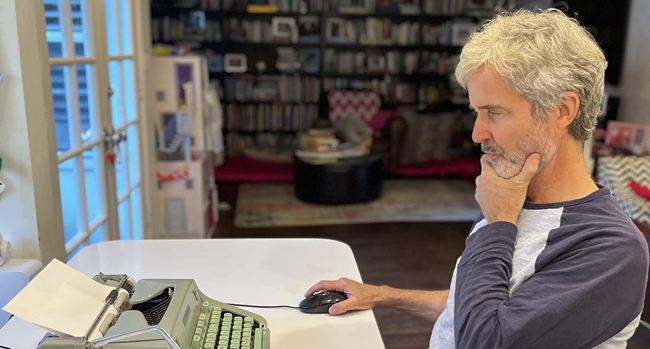 This book was set in the 1980s. Why did you choose to set it then, rather than in modern times?

It’s meant to be a version of the ’80s. I grew up in the ’80s, so it’s a period I relate to. Also, the ’80s was the “just say no” decade. Not, as it turned out, to drugs—there were plenty of drugs around—but just to the non-conformity and self-expression of the ’60s and ’70s. Kids cut their hair short and started wearing Izod shirts and Top-Siders and yelling at their teachers for being too liberal. A lot of this book is about what’s hidden below the surface, so it seemed fitting to put it in a decade I remember as being so proudly repressed. 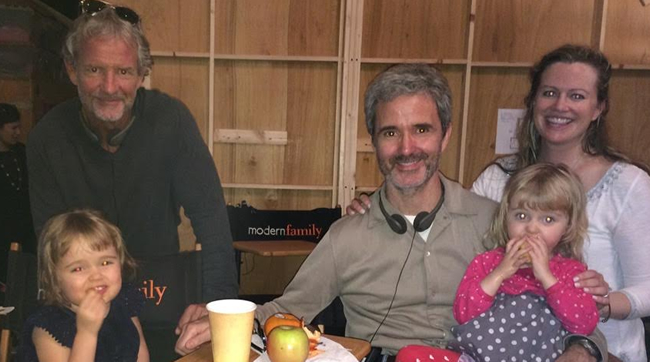 Lloyd (with headphones) on the set of Modern Family with his daughters, wife, and brother and series creator Christopher Lloyd. Photo courtesy of Stephen Lloyd

Sam suffers from PTSD because of his experiences as a Marine during the Vietnam War. What sort of research did you do to make sure you accurately conveyed his trauma?

I talked to a couple of psychologists. One specializes in victims of trauma, the other treated vets early in his career and was pretty frank that even today only about half of them get the care they need. In the early ’80s, when people were only beginning to use the term PTSD, it was even worse. But the truth is that Sam’s PTSD is not at all typical (for reasons I can’t detail without spoiling things).

How did your writing experience on How I Met Your Mother and Modern Family help you with writing your first novel? 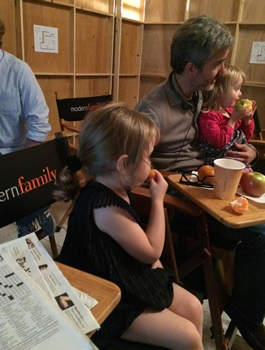 Lloyd on the Modern Family set with his daughters. Photo courtesy of Stephen Lloyd

First, with dialogue. It’s very instructive (sometimes painfully so) to see actors perform your scenes. Something may work in your head, but once you see it on its feet, it can be mortifyingly clear what you did wrong. Second, with pace. We only had about 22 minutes on both those shows, so if something didn’t serve the story, it had to go. Third, with juggling different points of view. On both How I Met Your Mother and Modern Family, we had A and B (and sometimes C and D) stories, running in parallel and intersecting at the end. That’s something I attempted with Sam and Harriet. TV writing and novel-writing overlap in a number of other ways, too: setting, character, drive, etc. Not description. No one wants you to take time in your script describing the crisp October day. That’s just going to get you yelled at during the production meeting.

Screenwriting, as you know, doesn’t allow for much in the way of internal moments. How did you go about tackling these internal moments when you began FRIEND OF THE DEVIL?

Enthusiastically. There’s nothing like finally getting a chance to do something there hasn’t been room for in your career. I’m sure that’s why Saddam Hussein enjoyed writing bodice rippers. (He really did, by the way. Look it up.)

If this book was made into a television series or movie, who would be your dream actor to portray Sam?

I do have plans to continue this as a series. I have a couple TV ideas unrelated to FRIEND OF THE DEVIL which I’m working on. But what happens to those, if anything, remains to be seen.