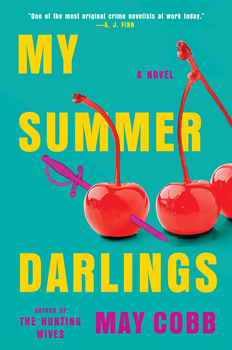 May Cobb is exactly the sort of person you’d want to share a bottle of chilled rosé with on a patio in East Texas. She’s warm and friendly with a sharp wit and infectious enthusiasm about dark domestic thrillers and Tate’s Chocolate Chip Cookies—gluten free. “I’m a gluten-free girl. These help the most when I have to write a difficult scene.”

Talking to her is like catching up with an old friend.

In her new book, MY SUMMER DARLINGS, Cobb’s three protagonists—Jen, Kittie, and Cynthia—have made sipping rosé poolside in East Texas a lifestyle. Best of friends since high school, these women are rallying around Jen, newly returned to their hometown with her teenage son after a traumatic divorce. Although, as author Hannah Mary McKinnon said in her Goodreads review, “With friends like these, you won’t need enemies.”

When the unbearably sexy Will Harding sweeps into town, he shatters the quiet routine of these almost-40-something moms. Will is not just the most handsome man the friends haven’t seen in a long time, he’s also well-read, funny, caring, gentle, kind, and good with sullen teenagers. Will, the trio agrees, is the right man to heal Jen’s broken heart. 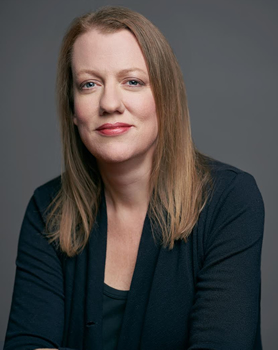 However, Will’s smoldering presence has awakened a restlessness inside Kittie and Cynthia, too. Soon the women find their realities and relationships are twisting and warping not only with each other, but also with their children and husbands.

The friends who once told each other everything are now keeping secrets. Secrets that threaten to destroy everything they hold dear.

“I’ve always been obsessed with twisty female friendships. It goes back to my obsession with the movie Heathers,” Cobb says. “There’s something delicious about the three friends’ in-jokes, mutual, age-old enemies dealt with through knowing looks, and long-buried rifts finding their way to the surface after years of lying dormant.”

But Heathers isn’t the main inspiration behind MY SUMMER DARLINGS. “I’m friends with [author] Riley Sager, and you might know this about him already, but he always has a movie he gets inspired by for his books, and I really wanted to try that. I thought of that movie The Witches of Eastwick—a mysterious, handsome stranger with wealth moves to town and upends the three women’s friendship.” 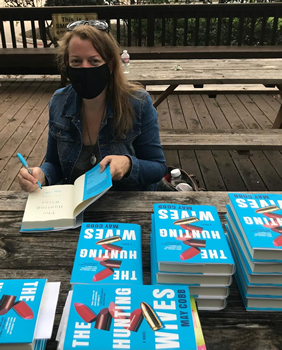 Cobb signs copies of her 2021 debut, The Hunting Wives, for BookPeople in Austin, Texas.

Cobb started MY SUMMER DARLINGS right after finishing her debut, The Hunting Wives. “I was going to take a month off, but my developmental editor said, ‘You get a week and then we start on the next book.’” Beginning with a one-page pitch and a great title, May is an avowed “planster.”

“I don’t like to plot, but I do like to have a one-page, two-page overview, and maybe within that I might have plot points and the climax,” she says. Cobb leans forward, eyes twinkling. “I didn’t know what Will’s dark secret was going to be until I was halfway through.”

Unlike The Hunting Wives, MY SUMMER DARLINGS is told from three points of view—housewife Cynthia, newly-divorced Jen, and fading-beauty Kittie. “I did want to get inside each of their heads and give them each a voice as much as possible, because I wanted to play around with their arcs and what their personal struggles are with all this,” Cobb says. “And also [let them] tell their own story as to why they would let some man come between them and their best friends.” 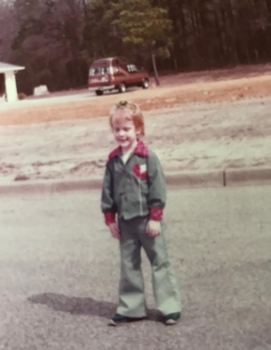 Cobb in East Texas, sometime in the 1970s

Each woman is living a great life, although maybe not the life they’d dreamed of—and it’s seeing Will dating Jen that brings their dissatisfaction to the forefront. They aren’t the naïve ingénues of so many other domestic suspense novels, and yet they still find themselves ensnared by a pretty face and a great set of abs. “I can relate to them and their restlessness,” Cobb says. “I put boundaries in this book—small town, small neighborhood—to help create that feeling.”

Will’s arrival lights a fuse—and you spend the rest of the book watching it burn down toward a powder keg packed with feelings of dissatisfaction and agitation. “It speaks to the fact that they are each in their own midlife crisis,” Cobb says, laughing. “Each friendship is strong, but you toss in a dose of peri-menopause and raising teenagers, and the gloves are off.”

That seeking restlessness of each woman’s midlife crisis builds a tension that is crushing by the end. “Each [character] is dissatisfied in their own right,” Cobb says. “Life starts to narrow down at that age [40] and there’s more of a feeling of ‘Is this all there is?’ Like that movie with Jack Nicholson, ‘Is this as good as it gets?’”

“Cynthia is a repressed housewife who didn’t know how repressed she was until Will showed up,” Cobb says. “Kittie is a faded beauty who is jealous of her teenage daughter. And Jen is in a broken place.” 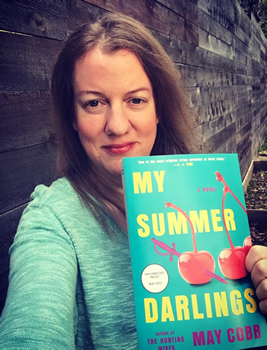 Cobb shows off an advance reader copy of MY SUMMER DARLINGS.

Cobb writes characters that leap from the page and into your imagination. You know these women. You cheer them on as they fumble through life and suck in a scandalized breath when they make, shall we say, the wrong choice.

In one delicious scene, Cobb gives every divorced woman whose ex-husband dumped them for a younger woman the moment they’ve always wanted to have when hot new boyfriend Will is at the house as Jen’s ex-husband drops off their teenage son after their weekend together. You know Will is bad news, but you can’t help but feel delighted for Jen to have this shining moment.

“I think I’m going to always be writing about the dissatisfaction of the modern woman,” Cobb says. “There’s still so much pressure for women to appear happy all the time, to be model citizens and have a wholesome image.” Cobb refers to the Instagram and Facebook-fueled images of suburban happiness. “I feel like now, especially with social media, there’s a performative aspect to motherhood.”

True, the pressure on women and the resulting relentless dissatisfaction are bountiful fodder for future books—those women are “primed for disaster.”

When asked her if there were any more “little darlings” in her future, Cobb smiles. “Yes. I’m just heading into edits for A Likeable Woman,” which will hit shelves in late summer 2023.