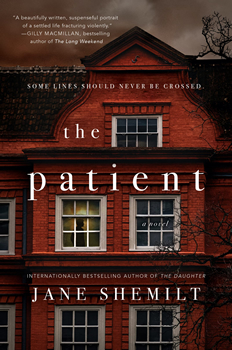 In her newest thriller, THE PATIENT, bestselling author Jane Shemilt takes the doctor/patient relationship to a whole new level.

Rachel Goodchild lives with her husband, Nathan, in the medieval cathedral city of Salisbury, England. On the outside, she seems to have the perfect life in her picturesque and affluent community. She’s a doctor who’s always put her patients first, to the point of disappointing her grown daughter, Lizzie. Rachel missed so many occasions during Lizzie’s childhood because of her practice, her daughter is now brooding and resentful. If Rachel could go back in time and do things differently, she would.

Rachel’s relationship with Nathan is now more like living in juxtaposed universes, their intimacy somehow lost along the way. They have “parallel lives, not clashing but never meeting.”

Rachel has always conducted herself with the utmost professionalism until a suicidal patient comes to the clinic one night when she stops by. She agrees to see him and right away, her attraction to him is like a spell cast over her, blinding her in a way she’s never experienced before. Luc Lefevre is nine years younger than Rachel, and his face is the opposite of Nathan’s: “handsome, expressive, and emotional. Open.” 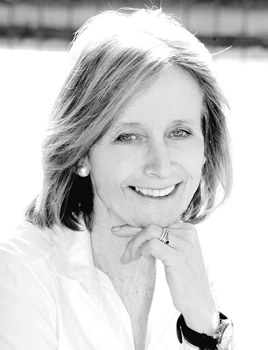 She breaks her own rule and gives him her cell number. That visit with Luc is the beginning of the end.

Two months after Luc visits the clinic that night, Rachel meets him again. He is her new neighbor who just moved into the North Canonry of the cathedral. His wife Ophelia is a model-gorgeous American, and they have a 10-year-old son. Rachel and Luc seem connected on a spiritual level—she’s never felt so close to anyone before.

As Rachel tries to live a normal life, she’s soon convinced that someone is following her. Ophelia’s charming brother, Blake, a self-described “poor relation and hanger-on” inserts himself into Rachel’s life, showing up at the times her fear makes her vulnerable.

When someone murders people important to Rachel, she’s terrified that her obsession with Luc has caused some sort of universal shift that will end her life as she knows it. Who among them is a murderer?

The narrative spans a year of Ruth’s life and includes her recounting intimate details of her relationships for her attorney, and the continuing police investigation.

Here, Shemilt tells The Big Thrill about what inspired the book, how her experience as a medical doctor enhances her stories, and the importance of addressing mental health issues.

What was your inspiration for the plot in THE PATIENT? 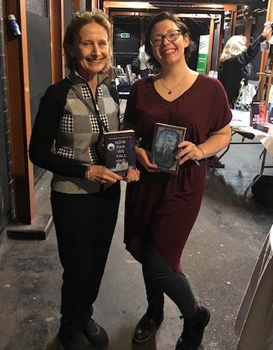 It was initially inspired by meeting a young psychotic man in the psychiatric ward of the hospital where I was a medical student; he stayed with me as a patient. His manic outpouring struck a chord. I’d experienced highs myself as a sleep deprived medical student and, although I didn’t suffer what he did, I felt kinship.

I’ve been interested in mental illness all my life, the fine lines we draw between what is called normal and what isn’t, and how they can shift. As is often the case, I had Luc’s character first, then the story grew around him.

I was also inspired by what happens within a doctor’s surgery, and how much depends on the trust between patients and doctors. Doctors give treatment depending on the stories that are told and, in that exchange, there is always risk. Has there been time to really hear what is being said, and to attend to what is not being said? Is the patient telling the truth? Is he able to tell the truth? These are the questions that I ask in the book and which power the plot.

The plot also emerged from the settings: Salisbury Cathedral Close is a place of stunning architectural beauty and also disconcerting shadows. The creepiness I experienced as a child growing up in the precincts—especially down one particular tree-lined path rumored to be the setting of long-ago murders—played into the story line. I chose the other setting, rural Provence in France, for its sun-soaked sensual atmosphere. When I went on a fact-finding walking holiday near Arles in the south of France, I visited St Paul de Mausole, where Van Gogh had been a patient. Looking out his window at the olive trees and mountains beyond, I had the idea that pulled all these elements together.

Shemilt with colleagues at a Bristol library event

Why did you focus on the ethical issue of a doctor and her patient having a romantic relationship?

I am interested in relationships in almost every story I read. While it’s the relationships that pull me through the pages, it’s the difficulties that stand in their way that give the narrative its power and create tension. I wanted to put my characters in a tricky situation and see what happened.

The doctor and patient build their relationship on sharing and listening. These encounters are often intense and intimate, conducted in confidence and in privacy. There are clear similarities with romantic relationships, also built on the same things. The essential difference is the existence of ethical boundaries, inculcated during training and fundamental to medical practice, to keep both doctor and patient safe.

I asked myself, what if such boundaries become porous? What if both doctor and patient have personal issues that make it more likely to breach them? What if the doctor is restless? Discontented, even if subconsciously, with her settled life and her distant husband? What if the patient has his own reason to seek closeness, and his very illness means his own boundaries have dissolved? I thought exploring this forbidden territory would create the intrigue and tension I wanted.

I also wanted to convey that attraction, lust, and sex are not just the province of the young. Women approaching menopause, in a settled career, who have an established place in their community and a husband, can have feelings that trip them up and sweep them away despite the barriers. They may have more to lose and farther to fall than a younger woman but are just as open and vulnerable to love.

Shemilt in the sea near the Greek island of Paxos, a setting for her next novel, The Therapist

How much does being a medical doctor inform your novels?

In four out of my five novels, the protagonist is a doctor, so being a medical doctor plays heavily into my fiction.

General Practice, which is the setting for both my debut, The Daughter, and THE PATIENT, is a place of story. Each patient who comes into your practice has a story to tell and a story that is often untold; the latter is often relevant and, in the course of a seven-to-ten-minute encounter, the doctor tries to excavate both. These stories can provide a starting point, though sometimes the truth is too extraordinary for fiction—readers wouldn’t believe it.

A medical office is also a place of high drama, the stuff of life and death. A doctor is privileged to be alongside a patient during some of the most challenging crises in life, sharing universal experiences that are relatable and intriguing. 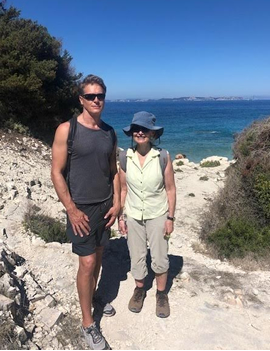 Shemilt with her brother-in-law Scott Gill in Paxos

The stigma against serious mental disorders is growing, which is important; these illnesses are the number one cause of disability world-wide. I hope my novel allows an in-depth look at a patient suffering from manic depressive illness. People who suffer from mental illnesses are just as wonderful and flawed as everyone else. They are more than their illnesses and deserve all the love and acceptance that everyone does.

Depression in young men is another theme, something that is missed by Rachel, my GP protagonist. Suicide is an immense problem, especially in young men. Anything that highlights this problem seemed important.

I also hope women will realize there is always the possibility for second chances and changes, even if less dramatic than the ones Rachel undergoes.

It’s set on the beautiful Greek island of Paxos, and in London. There are themes of abuse and revenge in this one. Two protagonists tell the story over time, and I am told it’s very gripping.

For those starting out, I’d stress that persistence is important—even (especially) on the days you may not feel inspired, or perhaps when you get to the tricky middle part of the book. When that happens to me (and it often does), I give myself permission to write badly—just grinding out the words which will give me that lump of clay I can go back to and shape up. I do most of my writing in revision, when characters are deepened, connections are made, and the plot takes its final shape.

Shemilt at lunch in Exeter with fellow author Jane Corry

Tell us something about yourself your fans may not already know.

There are dogs in every book I write, usually spaniels. They are a great chance to show unexpected sides of a character—his love for a dog can partly redeem any baddie! I get up early to swim every day. It’s an opportunity to empty my mind—a moving meditation—and it counteracts all those hours spent hunched over a computer.