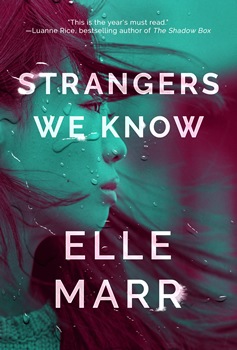 Civilizations around the world have been bewitched by the moon since the beginning of human history, blaming Earth’s closest neighbor for everything from simple bad luck to madness and mayhem.

It would seem, then, that the lunar cycle would provide writers with an ample amount of source material. That certainly was the case for thriller author Elle Marr, whose latest novel, STRANGERS WE KNOW, tracks a serial killer whose murderous rage intensifies at the onset of a full moon.

The case gets personal for protagonist Ivy Hon. Adopted when she was only days old, Ivy is forced to look into her lineage when she’s struck with a mystery illness. Her DNA results attract the FBI—turns out Ivy is related to the notorious Full Moon Killer, a murderer who has terrorized the Pacific Northwest for decades—and is poised to kill again. Maybe Ivy herself.

In this exclusive interview with The Big Thrill, Marr delves into the inspiration for her chilling new tale, discusses her fascination with serial killers, and shares what her research reveals about how much people blame on the moon. Hint: It’s unlikely your child’s refusal to go to bed has anything to do with the lunar cycle. 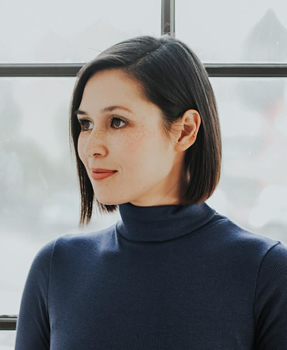 There’s never a shortage of inspiration when it comes to dissecting family dynamics, and in STRANGERS WE KNOW, you take family dynamics to a new level. I’d love to know a bit more about what sparked the idea for this book.

There were a few experiences that led me to the premise for STRANGERS WE KNOW. The first was growing up in Sacramento, the place where the Golden State Killer went on his murder and rape spree. When he was arrested years later with the help of genetic testing, I began to wonder what I might discover from doing a genetics test myself. As the child of an adoptee, I was often curious about my own family’s medical history. After I sent off my spit sample, much in the same way that my main character does, I remember waiting for the results feeling curious and concerned at what I might discover. Fortunately, my results from the test turned out benign, unlike what happens to Ivy Hon, the protagonist of STRANGERS WE KNOW.

Your protagonist, Ivy, is adopted, and it’s only when she hopes to find answers to her medical condition that she tries to find out more about her birth family. I feel as though you nailed the emotions an adoptee would go through in this process. How did you immerse yourself in Ivy’s journey?

Thanks for saying so. To immerse myself in Ivy’s mindset, I drew on the fact that my mother was adopted, as I was familiar with how special and mysterious that status can be. When I started exploring other ideas behind STRANGERS WE KNOW, I thought it could be interesting to weave in my experience with submitting a DNA sample to a major testing company. Eventually, through my results, I found answers to my lifelong questions after meeting several biological family members, but others remain. I tried to imbue Ivy’s motivations with that desire for clarity. 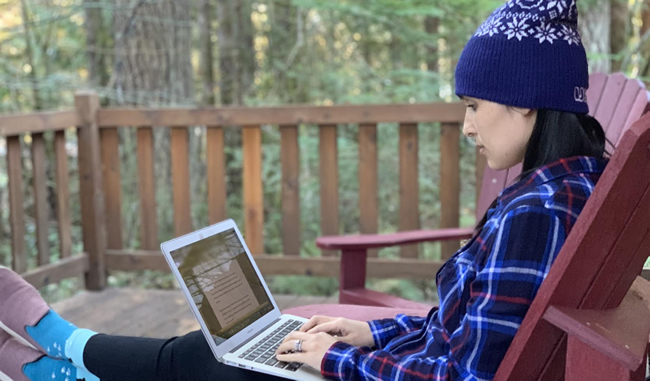 Marr writes the first draft of STRANGERS WE KNOW.

I imagine you needed to do some research in order to create such great authenticity—was there anything surprising you learned in your investigations?

Absolutely. I was surprised to learn how commonly believed it is that the full moon can make us do all kinds of things. Perfectly rational individuals commit crimes, act out of character, and even resort to violence, supposedly according to the lunar phase. This idea drove much of the speculation that occurs in STRANGERS WE KNOW, as it relates to the Full Moon Killer and their cadence for murder. I also found it interesting—perversely, in a way—at how many serial killers in real life often have normal, mundane routines. This both haunted me, in that I think about these double lives far too much, and it pushed me to create appropriately complex antagonists in STRANGERS WE KNOW.

I’ve always been fascinated by cults—not so much I would want to be in one, but just about how much influence they can have, and the intricacy of their recruiting strategies. What inspired this aspect of the plot?

I feel the same way about cults. It shocks me to think there are still mass-organizations that operate as cults today, as much as during the 1980s. When I realized part of STRANGERS WE KNOW needed to be set during that decade, I began digging into the cult-craze that seemed to dominate headlines and the concerns of communities nationally. I found that a desire to belong somewhere was common among new cult members—an urge that many of us have felt at one point or another. For me, the more shocking detail was not that normal teenagers were often lured into joining, but that these cults and their leaders were able to recruit and operate as long as they did, to take advantage of homeless youth and those from unstable homes, under the guise of more benign names like “club” or “humanitarian movement.” 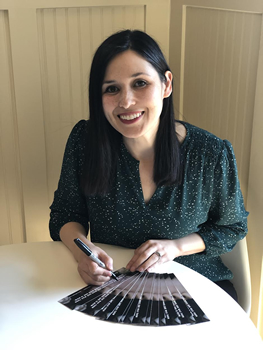 Marr signs bookmarks for her 2021 thriller Lies We Bury.

The Full Moon Killer (great name!) is such a layered and shudder-inducing bad guy. What resources did you lean on to flesh out this serial killer?

I think everyone goes through a “serial killer phase” during which they get sucked into the rabbit hole of the Internet and learn harrowing details they can never forget (– Just me?) In writing STRANGERS WE KNOW, I found myself recalling the criminal profiles that I first learned of years ago, and also relying on certain better sourced, non-fiction titles. The Killer Across the Table by John E. Douglas and Mark Olshaker, The Stranger Beside Me by Ann Rule, and I’ll Be Gone in the Dark by Michelle McNamara were each influential as I researched how to create a compelling serial killer.

The upcoming full moon creates such a perfect “ticking time bomb” to help propel the story forward. The pacing of this book is perfect. The Big Thrill is as much for aspiring writers as it is readers. What advice would you give in regards to creating that mounting tension?

Place your breadcrumbs thoughtfully. Each breadcrumb that leads to the serial killer’s next kill, and indeed ultimately their identity, should be leveraged to the maximum extent possible. Don’t leave any moment unsqueezed, so to speak. The result will create a much more satisfying ride for readers, and a more fun experience in writing it.

The structure of this book is great—I love the alternating POVs between Ivy, Tatum, and the very creepy Samson. Was there a POV that was more challenging to write? If so, how did you overcome that challenge?

It’s funny because my instinct is to say all of Samson’s chapters, as his mindset is an unusual one. However, I think I’d say Tatum’s chapters were the hardest to write overall, as she experiences such a range of emotions in such a short time, after giving up her baby for adoption. My three main characters, Ivy, Samson, and Tatum, each experience their own tumultuous journey, and in order to make those journeys authentic, I must really dig into the psychology behind them—to piece together their emotional paths that led them to their respective pivotal moments in STRANGERS WE KNOW. That can be challenging, but when done right, it’s so rewarding for me. 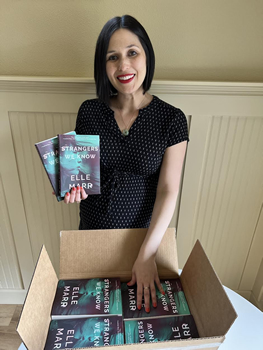 Marr unboxes her author copies of STRANGERS WE KNOW.

The Pacific Northwest setting almost becomes a character in itself in this book. How important is setting to your writing, and what aspects of this area were important for you to include? In what ways did you hope it would enhance the setting?

This is a favorite topic of mine. Each time I read a book or begin to write a new story, I am struck by the importance of setting—both in how an environment may affect a character’s actions and in how instrumental setting is for the reader’s immersion into a fictionalized or fictitious world. San Francisco was, to me, an obvious foil to the Pacific Northwest, where my main character Ivy later travels. I chose the chrome cityscape of the Bay Area as her starting point to more starkly contrast the world she would enter in seeking out her biological family. As I was mapping out STRANGERS WE KNOW, Washington was an obvious choice for its beautiful summers and its naturally verdant horizons. The scenic forest landscapes that compose parts of the state add to Ivy’s sense of being a foreigner. My hope is that this setting creates a sense of wonder in the reader, as it does the city-dwelling Ivy, while also suggesting that some terrible truth could be hiding beneath the shadowy treetops.

Your bio says that you strive to tell powerful stories of women who demonstrate resilience in the face of great obstacles—mission accomplished for all your books. What draws you to these characters? Why is it important for you to feature these women?

I’m drawn to complex female characters because I think they’re true to life. They’re certainly more interesting to follow for 300 pages. As a reader, I almost never leave a book unfinished because I want to see the why behind a character’s actions and am always hopeful the author makes that clear by the end of a story. It’s important for me as an author to try and create empathy for my female characters, even as they sometimes make questionable choices during extreme circumstances. We need more empathy for each other in general, but especially as we culturally move toward accepting women who we once considered “bossy” or “unlikeable”—much in the way that we have historically termed men with the same characteristics as “assertive” and “driven.”

My next book is titled The Family Bones and will be published in March 2023. It’s a locked-room mystery set in the rural backwoods of eastern Oregon, when a family retreat among psychopaths goes horribly wrong.