The Masks We Choose to Wear 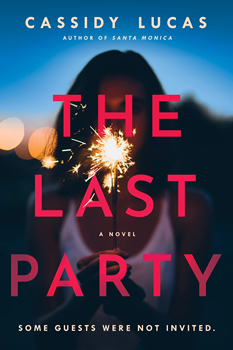 It’s June 2022, and in an emerging post-pandemic world, Dawn Sanders (aka “The Birthday Girl”) is about to celebrate her 15th birthday with a group of old friends. Eleven years ago, she would have said her dearest friends, but that was before two long years of quarantine and the earlier betrayal she can hardly bear to think about. Although the party venue, an exhausted mountain hideaway called Celestial Ranch, has seen better days, the reunion promises a celebration of friendship and a chance to heal old wounds. But some promises are fated to be broken, and in THE LAST PARTY, Cassidy Lucas’s novel of resentments, revenge, and regret, this is one of them.

One of the themes in THE LAST PARTY is the masks we choose to wear, so it may come as no surprise that the Lucas herself is a mask of sorts. Cassidy Lucas is the pen name of authors Julia Fierro and Caeli Wolfson Widger. On their website is a photo of the pair: two solemn-looking women, dark-haired, both revealing shades of auburn in the light. Fierro has flashing dark eyes and wears a bold, black-and-white scarf with a red fringe. Widger, the taller of the two, has startling blue eyes and a softer expression. Both live in Santa Monica.

Asked how their partnership came to be, Widger says, “Julia and I were in New York together for some literary events back in 2018, and in an exhilarated late-night moment in the back of a taxi, I suggested that we try writing a book together. We’d each written two individual novels that were more classically ‘literary fiction,’ yet we both compulsively read dark, twisty, layered thrillers. When we decided to try writing a more ‘commercial-leaning’ book together, it was only natural that we gravitated toward the sort of book we both love to read.”

The Topanga Canyon setting was the initial inspiration for the book. “It’s such a trippy and unique part of Los Angeles,” Widger says, “equal parts ruggedly beautiful and spookily burned-out, with an overlay of hippiedom and Manson-family vibes… Then we combined that with our mutual love of a tight timeframe (constricting a story to a weekend getaway) and middle-age staring the both of us down, and it all came together in a plot centered around a 50th birthday getaway to Topanga Canyon.”

Her favorite scene is one in which the characters, as part of their weekend of self-examination, take a hallucinogenic drug together. Widger says, “I’m either proud or slightly embarrassed to say it’s 100 percent invented, as I’ve never taken a hardcore psychedelic…but writing that chapter made me feel as though I had.” 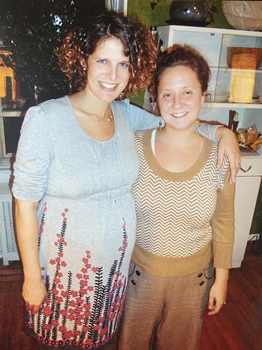 Widger and Fierro in Brooklyn in 2008 in Fierro’s kitchen, which also served as the Sackett Street Writers’ workshop space. Widger was pregnant with her first child, and Fierro had just given birth to her first child.

THE LAST PARTY takes on a lot of contemporary issues and evergreen themes: aging, vaccinations/anti-vaxxers, Asperger’s and autism, dementia, hypocrisy, parenting, guilt, and regret, among others. Asked why this was important to them and how they integrated these ideas into the story, Fierro says, “In all our novels, those we write as Cassidy Lucas and the novels we’ve published individually, character psychology is at the heart of everything—plot/story, structure, and especially theme. For both THE LAST PARTY and Santa Monica, the two Cassidy Lucas novels set in SoCal, we first focus on the characters and what each desperately needs and fears, and often the two are intertwined. All of the themes you mentioned can be connected back to each of the characters and his or her dilemma at the time the story takes place. The theme rises organically from the characters’ struggle to cope with their needs and fears.”

The result is a story in which the themes are threaded seamlessly into the narrative so the reader never stops reading. “Our goal is to help the reader experience the themes without stepping out of the characters’ experience,” Fierro says. “Our hope is that readers can escape into Topanga Canyon on that fateful June 2022 summer solstice night and feel, taste, hear, even smell, what our characters experience. Then the reader will, hopefully, think about the themes only after he or she has finished reading—everything the reader thought and felt during the book leading to a satisfying aha! moment when the themes become clear. This perfect balance of an intellectual reading experience and the sensory reading experience is the author’s white whale, so to speak. Perhaps it is impossible to get it perfect, but we will certainly keep trying. Or, as Browning wrote, ‘A man’s (woman’s) reach should exceed his (her) grasp.’”

This is the earliest photo of Widger and Fierro, taken by Widger’s now-husband, Kris, late at night after a writing workshop. The writing duo had a ritual of getting drinks after class at The Zombie Bar on Smith Street in Brooklyn, a few blocks from where the first Sackett classes were held in Fierro’s kitchen.

While COVID-19 does not play a significant role in the plot, it is integral to the setting. Masks, vaccines, and that feeling of strangeness at socializing after a long stretch of isolation add an undercurrent of tension. Asked what led them to set the book during the post-vaccine stage of the pandemic, Widger says, “It was an avoidance technique! We needed a group of people to come together physically, but because COVID was front-and-center of our lives when we were writing the book, we felt we couldn’t pretend it didn’t exist…so we took a leap and decided to set it after the pandemic had subsided … And then lo and behold, our ‘vision’ of summer 2022 ended up being fairly aligned with where we are with COVID right now…turns out we might be clairvoyant.”

So what’s next for the pair? 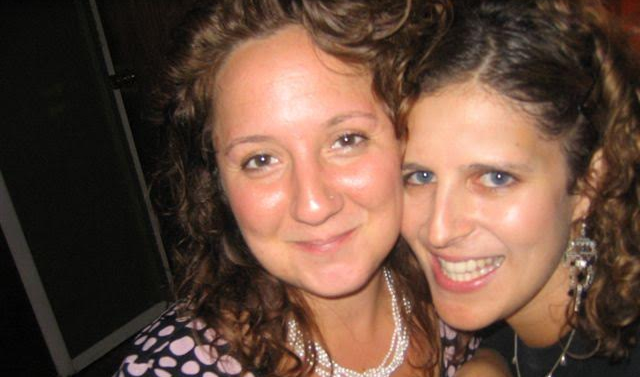 “We’re off to individual projects!” Widger says. “I’m writing a…drum roll and convulsive cringe…a memoir! It’s about horse racing and family and messed-up ideas about money and…oh…never mind…I hate writing about myself. But this book had been in a protracted gestation period, and it seems I can’t ignore it any longer.”

Julia says, “And I’m working on two novels I’ve been dreaming about for years—a literary sci-fi novel set 70 years in the future called The Empathy Cure, and a genre-bending historical-horror novel (a la Pan’s Labyrinth) based on my father’s experience as a child during the WWII Allied liberation of Southern Italy, working title Capturing the Queen.”