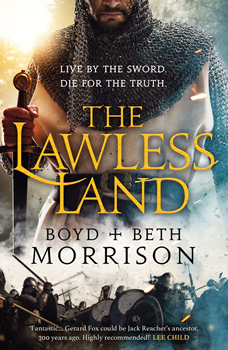 An errant knight rides into adventures, righting every wrong and saving damsels in distress, all while seeking proof to clear his own name from a made-up charge. Such is the burden of Gerard Fox in the first entry of a new series, THE LAWLESS LAND, which was penned by not one but two Morrisons, siblings Beth and Boyd.

The sibling duo took time out of their busy schedule to talk to The Big Thrill about the origin of Gerard Fox, how they managed to work together and merge seemingly diverse careers, and of course, the future of the lawless land.

Tell us about the origin of the story.

BOYD: I don’t recall exactly how we came up with the storyline. I think it was the result of a lot of conversations over months. We knew we wanted a knight errant and a noblewoman to be at the center of an epic chase. The locations we chose because they were simply places we wanted to visit.

BETH: Once Boyd said he wanted to write a novel set in the Middle Ages, we decided on the 14th century, because that era was so fraught—the Black Death, the Hundred Years War, class upheaval, climate change… Plus, I happened to be writing a scholarly book on manuscript illumination of the 14th century, so I knew we would have plenty of visual references on hand.

Now tell us the story behind the story, about how working together came about. 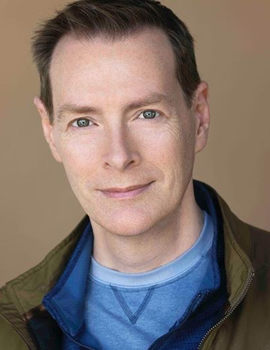 BOYD: As I was preparing to leave the Oregon Files series, I was considering a number of different genres and story ideas. One genre that I enjoyed but had never written was historical adventure. I thought World War II was a possibility since I’m fascinated by that time period. When I told my wife, she said, “Well, you’ve got a built-in co-author if you want to write a historical thriller.” I replied, “Who?” She said, “Uh, your sister, Beth, who happens to be an expert medievalist.” I thought that was a great idea since I knew much less about that era and would never have tackled it without someone to help me with that kind of story, so I gave Beth a call.

BETH: And I think it took me about 10 nanoseconds to answer “Yes, please!” Boyd and I have always been good friends, so moving into a working partnership was really smooth. We talk on the phone almost every day, usually as I am stuck in traffic in LA. It’s really more fun than it is work.

What can you tell us about the main characters, Gerard Fox and Lady Isabel?

BOYD: Fox has lost his family, his land, and his good name, and at the beginning of the story, he’s wandering Europe in an attempt to get them back. Isabel is a young noblewoman promised to a cruel man who is after a priceless object that has been in her family for generations. When they happen to meet on a lonely forest road in England, they realize that they have a common enemy and go on the run together.

BETH: I like the fact that we feature a strong male and female character, so Boyd and I can bring our different perspectives to it. And Fox and Isabel are quite distinct, so we enjoyed figuring out how they would each react to the stressful situation in which they find themselves. By the end of the book, they each have channeled that energy in different but complementary ways to success in their endeavor.

Every hero is only as good as their antagonists. In this case, evil takes the form of Cardinal Molyneux and Basquin. 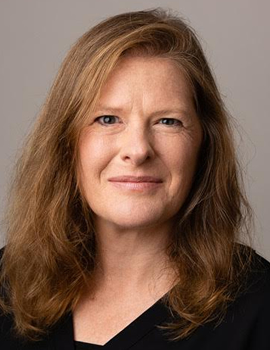 BOYD: Cardinal Molyneux is one of the most powerful clerics in France and has used nefarious means to get to his position, but it’s not enough. He has designs on becoming pope, and Fox and Isabel are in possession of an object he thinks will guarantee his ascendance. Basquin is the cardinal’s clever and brutal enforcer, and both men are intimately involved with Fox’s family troubles. Just how they are involved is exciting to discover as the story unravels.

BETH: We actually spent a lot of time discussing these two characters and giving complex and rich back stories that would help the reader see why they became the men they did. The time period, with lawlessness ruling the land in a time of plague and war, helps to explain how they were able to misuse their power and positions.

What have you learned from the experience of writing this book?

BOYD: After the book was finished, we had the amazing experience of taking jousting lessons. During our day there, I talked to the instructor about the jousting scenarios we had in the book, and he thought they were plausible. In fact, during an actual modern tournament, he was unhorsed with one of the same techniques we featured in the book.

BETH: Jousting is really hard! Even though our horses were being led at about 1/32 speed, and the instructor was trying to make himself a big target, it was exhausting and difficult. It gave me a whole new appreciation for what medieval knights really did.

While Boyd may have had experience co-authoring, working with a sibling seems like an entirely different scenario. What was the process of writing like?

BOYD: With me in Seattle and Beth in Los Angeles, we spend a lot of time plotting together on the phone, often when we’re walking our dogs. Once we have a good idea of how the story is going to progress, I do the actual writing, then I send drafts of the chapters to Beth.

BETH: Helping with plotting and subject detail are my contributions, so I’m mostly valuable in the beginning and the end. Boyd takes over the middle part—the actual writing. I do like adding in all the medieval details, from describing clothing to figuring out the monetary systems. I had to do a lot of research on aspects of the Middle Ages that I previously hadn’t needed to know, such as the logistics of excommunication or the differences between types of medieval horses. 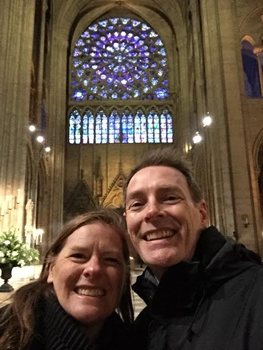 A witty writing advice is always avoiding alliteration, and yet…lawless land led the first line of the title.

BOYD: “Always avoiding alliteration” is a pretty problematic pronouncement because creating a completely comprehensive command is a tricky tactic to try. Actually, our publisher suggested it because they thought it would make for an eye-catching book cover, which it certainly does.

BETH: We ended up liking the title of the first book so much that we decided on “Tales of the Lawless Land” for the ongoing series.

BOYD: We are currently working on Book Two in the series. For the second one, we traveled to Italy and Greece to do our research. It’s too bad gelato didn’t exist in the Middle Ages because we did a lot of research on it.

BETH: But we did find out that the upper classes were eating pasta by the 14th century, so we’re planning a dining scene for sure (sadly, tomatoes are a New World food, so they’ll have to eat their pasta with butter).