Learning to Trust on a Deadline 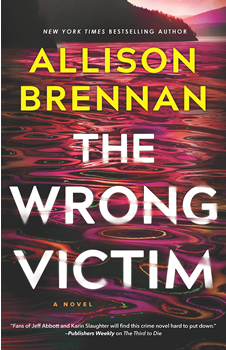 The idyllic perfection of Friday Harbor comes to an abrupt end when a sunset charter cruise explodes, killing nine people aboard. Now it’s up to Special Agent Costa and Detective Quinn, along with the rest of the FBI team, to determine if the target was the charter company, which suffers from a reputation of putting profit before safety, or if the culprits were targeting any of the passengers in particular.

Allison Brennan shines in her third Quinn and Costa book, a novel she says is, at its core, a who-dun-it.

“There are several subplots that focus on trust,” Brennan says of THE WRONG VICTIM. “The team profiler Catherine distrusts LAPD detective Kara Quinn and sows dissent on the team; Kara has worked solo for many years and is still learning to trust a team; suspects and witnesses are dealing with their own questions of loyalty and betrayal.”

The timeline of the series is short. The first book, The Third to Die, takes place in March in Liberty Lake, Washington. Tell No Lies picks up two months later in Patagonia, Arizona. A month after, in late June, the team is in the San Juan Islands. This means they’re still getting to know each other—their strengths and weaknesses, and how to work well together. They are a group of experts but are in the process of coalescing into a team. 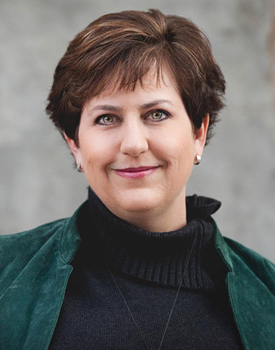 “While Matt and Kara are the foundation of the series,” Brennan says, “I hope that Michael, Catherine, Jim, and Ryder will each have their own arcs. Michael, in particular, has become a favorite of mine, and he shines in this book where he can use his unique skill set.”

A confessed lover of research, Brennan has learned many interesting things about explosives, such as the fact that there are far simpler ways to blow up a boat than using C-4.

“But by the time I realized my bad guy could have done something different,” Brennan says, “the story was complete, and it would have taken a lot of work to use a different device—without any real reason. Just because a writer learns something totally cool and fascinating doesn’t mean we should use it in the story. However, what I learned about bombs while researching this book will likely end up in another book down the road.”

The advantage of writing recurrent characters as part of a series is that the author gets to know the characters’ backstories, how they will react to certain scenarios, or even what they would say. In a way, it’s easier—and plenty of fun. 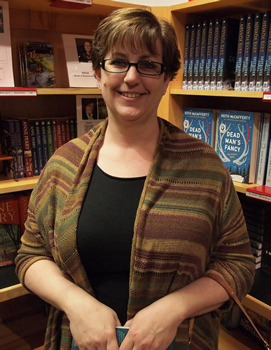 Brennan at a book signing way back when … she honestly doesn’t remember where, when, or what book, but it’s a good picture!

“But in some ways, it’s harder,” Brennan says, “because the characters are so familiar, I need to make sure that the story is interesting and compelling and challenging to the characters; I need to make sure they don’t become boring, yet they need to remain ‘in character,’ so to speak. Making sure everyone evolves within a book without changing too much from book to book can be a challenge. For example, if someone reads book one and book four, I still want them to recognize the characters and not feel they missed anything important. But at the same time, I want there to be some growth, otherwise the characters would seem static and wouldn’t be authentic.”

Ms. Brennan publishes an average of two and a half books per year. To keep that pace, she works every day, and none can be called a “typical writing day.” At the end, she can have written 500 words or 5,000 words, even if putting in the same amount of time. That’s okay, as long as she’s making forward progress. Her schedule has also changed through the years.

“When my kids were younger, I wrote while they were at school, roughly from 8 am until 3:30 pm. I took time to procrastinate, research, read, watch television, rewrite, complain, panic … but I mostly wrote,” she says. “After the kids were in bed, I often wrote at night—I found I was far more creative at night, but what I wrote needed a lot of editing. Writing on weekends was sporadic because of kid activities, and when I wrote, it was usually at night. I’ve also written at school events, softball practice, and at Starbucks when my kids had activities across town. Sometimes a change of scenery helps jumpstart my writing. Now, with only two kids left at home, both older teens, I’ve found I’m not very productive at night. Maybe it’s me and getting older.”

In 2008, Brennan participated in the FBI citizen’s academy. Since then, she’s participated in numerous SWAT training drills, ridealongs with local police, and more. Here’s Brennan at the gun range.

Even with multiple books per year, she rarely works on two projects at one time because she prefers to be immersed in a book world and stay there for the duration.

“I’ll sometimes take a couple days off to write a short story or research another book,” Brennan says. “Sometimes the publication schedule is such that I have to put aside one book in order to revise another or review the copyedits on another. Once I’m done with the revisions or copyedits, I go back to the work-in-progress and usually read/edit from the beginning up until the point I was interrupted. This puts me back into the world.”