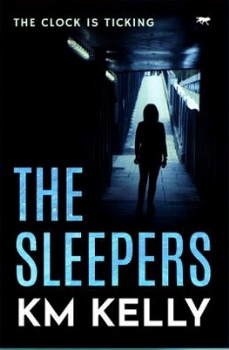 Sylvie is running. Running from the memories of a terror attack in London she experienced as a child, a catastrophic event in which her brother died. Running from her abusive boyfriend. And running from a warning, given to her on a station platform in Nantes: Someone is trying to kill her.

Corran isn’t really Corran. He’s working deep undercover to infiltrate the political organisation that looks set to win the upcoming British election—a group that doesn’t appear to have existed a few years ago. Corran has been sent to find out who’s behind them and what their true agenda might be.

But he messes up. All he has is a list of names, Sylvie’s included. Only with time does he begin to see the connections. Are those on the list, who were caught up in the London terror attack ten years ago, now being systematically taken out? The hit list will force Corran and Sylvie into a reluctant partnership, and into the center of a looming threat that could explode at any moment . . .

K.M. Kelly recently spent some time with The Big Thrill discussing her latest thriller, THE SLEEPERS:

I hope they will enjoy the characters, the locations, and come away having escaped the real world for a few hours. 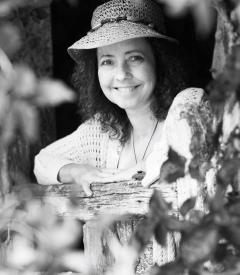 I’ve always enjoyed thrillers. I like adventure and excitement as well as solving puzzles and mysteries, all of which were found in abundance in the genre.

Unconventional heroes and flawed characters who come though when they need to.

The book challenges bravado and calls it out for the façade it often can be. Strength comes from inside and in the most unlikely places.

Robert Harris has had a huge influence on my writing. I love his books, especially the historical ones. They’re always so well researched, but he brings in a fascinating dimension. I also love John Le Carre and Len Deighton for their Cold War mysteries. A period of history that has always fascinated me.

K.M. Kelly was born in Scotland but grew up running wild in the woods and fields of East Devon. She has written numerous short stories which have been published in a variety of magazines and anthologies and was winner of the 2016 Yeovil Prize (short story). Her YA novel, Red Rock, was published in 2013. She has now turned her hand to thrillers, always one of her favourite genres, and believes she has found her niche.

She lives in Dorset with her family, and when she is not writing can be found exploring the remoter stretches of the Southwest Coast Path.