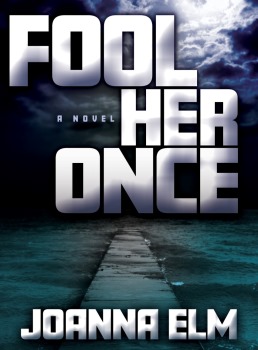 As a rookie tabloid reporter, Jenna Sinclair made a tragic mistake when she outed Denny Dennison, the illegitimate son of an executed serial killer. So she hid behind her marriage and motherhood. Now, decades later, betrayed by her husband and resented by her teenage daughter, Jenna decides to resurrect her career―and return to the city she loves.

When her former lover is brutally assaulted outside Jenna’s NYC apartment building, Jenna suspects that Denny has inherited his father’s psychopath gene and is out for revenge. She knows she must track him down before he can harm his next target—her daughter.

Meanwhile, her estranged husband, Zack, fears that her investigative reporting skills will unearth his own devastating secret that he’s kept buried in the past.

From New York City to the remote North Fork of Long Island and the murky waters surrounding it, Jenna rushes to uncover the terrible truth about a psychopath and realizes her own investigation may save or destroy her family.

Joanna Elm recently spent some time with The Big Thrill discussing her latest thriller, FOOL HER ONCE:

There is one issue which dominates the narrative. It focuses on whether nature or nurture is responsible for what we become. In this book, the question that arises concerns the psychopathic gene, and whether that is/can be passed on from father to son.

FOOL HER ONCE contributes to the genre because it gets to the very essence of what is a psychopath, and could he really pass as a caring, loving person? And if he can pass as such a person, is he just talking the talk, or could he really be a stand-up guy?

Yes. I wanted to get readers to a point where they could not decide whether to hate the antagonist or understand and forgive him. In the end, I felt I had written such a well-rounded antagonist that it could have gone either way.

You will not know from the jacket copy that it took me more than six years to get a workable draft out to publishers. It was incredibly difficult for me to finish this book because genre conventions kept getting in the way—especially in my characterization of my female protagonist.

I wrote my first two thrillers in 1996 and 1997. I returned to fiction/thrillers in 2013. My main impetus was Gillian Flynn’s Gone Girl. I loved Amy, the female protagonist. I thought she was smart and cunning. I know she wasn’t everyone’s cup of tea, but I was totally enamored with her.

Joanna Elm is an author, journalist, blogger, and an attorney. Before publication of her first two suspense novels (Scandal, Tor/Forge 1996); (Delusion, Tor/Forge/1997), she was an investigative journalist on the London Evening News on Fleet Street in the UK. She also wrote for British magazines like Woman’s Own.

Then she moved to New York, where she worked as a writer/producer for television news and tabloid TV programs like A Current Affair. She was also the researcher/writer for WNEW-TV’s Emmy-award winning documentary Irish Eyes. In 1980, she joined the Star as a reporter, eventually becoming the magazine’s news editor and managing editor before moving to Philadelphia as editor of the news/features section of TV Guide.

The Sleepers by K.M. Kelly

Not Dead Yet by Traci Hunter Abramson