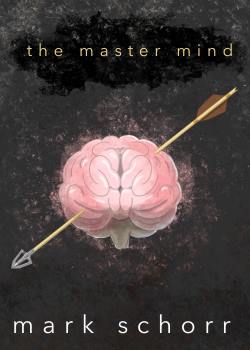 When geeky Tom Lord tries to stop an attempted assault, he is in over his head. He’s getting beat down until he is saved with ease by the near victim’s sister, Diana Wynne. Impressed by each other’s bravery and different skill sets, the two become an awkward couple.

Wynne is intrigued but nervous about her new friend’s paranoid claims that he has ESP, and a monomaniacal researcher has been pursuing him for decades. But after a brutal attempted kidnapping, she realizes that Lord’s life is as bizarre, and more dangerous, than she had ever imagined.

There’s the spark of the plot, but character is the fuel that very quickly takes over. The joy of “meeting” new characters as they evolve, seemingly on their own, as the story progresses. The idea that set THE MASTER MIND in motion was my late wife, and I participated in federally funded ESP experiments many decades ago. The psychologist who ran it was a nice guy, but what if he was like the psychologists who taught the CIA how to torture? 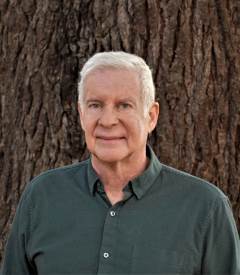 A good thriller is the drug that can take me through a long airplane ride. I’ve always been a fan of mysteries and thrillers. Sometimes the two overlap, starting out as a mystery but then switching to a thriller as the villain is unveiled, and the doomsday clock starts ticking. More than just the puzzle of a straight-up mystery, a good thriller has the big jeopardy and compelling characters moving through grand and dangerous scenarios.

I greatly enjoyed the research in the CIA-Defense Intelligence Agency experiments. Tens of thousands of pages declassified, and some still classified. They were focused on remote viewing (clairvoyance) more than telepathy. And questions that remain about whether Uri Geller was a con man or had genuine psychic abilities.

Raymond Chandler was a longtime favorite. Such skillful use of language and great scene setting with fascinating characters. Stanley Ellin, who I was lucky enough to know, was a great writer and a great person. Very encouraging. For thriller writers, I’ve always admired the way Frederic Forsythe mixed facts in with his fiction.

Q: Mark, how did your book get on the NY Times bestseller list for over a year?

A: Shucks, just lucky I guess.

Mark Schorr is the author of 11 previous published mysteries/thrillers. He was nominated for an Edgar award, had books published in France, Spain and Japan, and had three books optioned by Hollywood. He’s also the author of hundreds of articles, with work published in The New York Times, New York Magazine, Esquire, and The Oregonian. He’s been on staff for the Los Angeles Herald Examiner, USA Today, CBS and NBC.

Aside from his work as a writer, he’s been a bookstore manager, a bouncer at Studio 54, a private investigator, an international courier, a crisis de-escalation trainer, and a decoy during training for TSA’s bomb-sniffing dogs. He is currently a mental health and addictions counselor in Portland, Oregon.