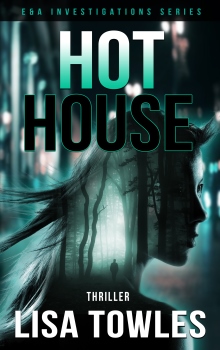 When a former CIA operative and private investigator Mari Ellwyn starts digging into the blackmail case of a federal appellate judge, she becomes targeted by a van following her, threatening notes in her mailbox, and a breach of her home. Teaming up with seasoned investigator and former detective Derek Abernathy, the crime-savvy pair begin looking into the wrongful death of a mentally-ill college student, Sophie Michaud, as well as two journalists—one dead, one missing, who were writing a story on the dead college student with allegations of her connection to the federal judge. The two investigators must uncover the truth about Sophie Michaud before her killer makes them their next target. But more importantly, Mari needs to find her missing father and reconcile her broken past and family.

A combination of plot and character. Initially the idea for this book emerged as a female private investigator trying to reconstruct her life after getting shot in the line of duty as a CIA operative. And the idea of her getting targeted while investigating the blackmail of a federal judge once again places her in the crosshairs of a dangerous adversary. I think the concept of feeling inescapably nailed to a certain life path, no matter how many times you try to reinvent yourself, is a somewhat universal human experience. I’m very claustrophobic, myself, and in this way, I’ve attempted to capture that experience of being trapped and the uncontrollable urge for escape. 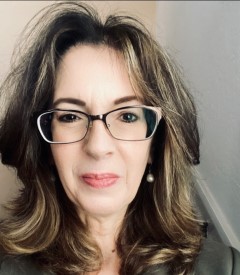 I love Private Investigator Thrillers—I love reading them, and I’ve really enjoyed writing this book, which is the first in a three-book PI thriller series. The next two books follow the same set of core characters through different settings and circumstances, giving me a broad canvas to evolve my protagonist, Mari E., into her full potential.

Writing my first-ever series was a huge challenge and opportunity for me. I predominantly read series-novels—crime, fantasy, sci-fi—but all the books I’d written previously were standalones. It took a lot of courage for me to set the conscious intention for a series then map them out, and then tremendous discipline to execute that creative vision. I’m just delighted by how it turned out and hope the next two in the series will be published in 2023.

I touched on issues surrounding mental illness in this book, and this was a wonderful challenge and opportunity to learn more about it—one specific disorder in particular, and how this character suffered from its effects and how the effects manipulated the characters around her. It was a fascinating process.

One of the most important themes of this book and the three-book series involves Mari reconnecting with her family and digging up family secrets.

Michael Connelly’s Bosch and also Bosch and Ballard series and Cara Black’s Aimee Leduc series have taught me a great deal about continuity of character in a continuous series and how to create a world in which the character can transform and evolve while still staying true to their core self.

Well, one question I hate being asked is where I get my ideas from, because I honestly have no idea. Since the beginning of COVID (when I bought a treadmill for my home), I’ve experienced this interesting phenomena, where I get on the treadmill and start either incline-walking or running…and the ideas for my current WIP just come spilling out. I tried writing them down on a notepad with a black Sharpie (this did not work out well), and now I use my phone and narrate them as they come up. In a 35-minute treadmill session, I might come away with 3-4 pages of text. Who knew!

Lisa Towles is an award-winning crime novelist and a passionate speaker on the topics of fiction writing, creativity, and strategic self-care. Lisa has seven crime novels in print with a new title forthcoming in June of 2022. Her latest thriller, Ninety-Five, was released in November 2021 and won a Literary Titan Award for Fiction. Her 2019 thriller, The Unseen, was the Winner of the 2020 NYC Big Book Award in Crime Fiction and a Finalist in the Thriller category of the Best Book Awards by American Book Fest. Her 2017 thriller, Choke, won a 2017 IPPY and a 2018 NYC Big Book Award for Thriller. Lisa is an active member and frequent panelist/speaker of Mystery Writers of America, Sisters in Crime, and International Thriller Writers. She has an MBA in IT management and works full-time in the tech industry in the San Francisco Bay Area.

(HOT HOUSE won a Literary Titan GOLD Award for Fiction and earned an Honorable Mention in the Hollywood Book Festival and the Paris Book Festival.)