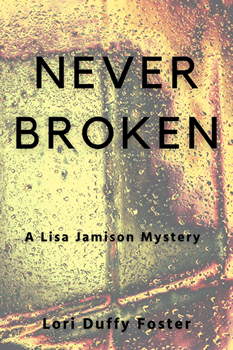 When journalist Lisa Jamison finds a near-dead man in the back seat of her car mumbling about a teenage girl who’s been missing for years, she makes a split-second decision to protect him from his pursuers—and possibly the cops. In NEVER BROKEN, former reporter Lori Duffy Foster explores the timely issue of human trafficking and the modern-day slave trade.

So many former (and current) journalists have turned to writing crime fiction. Why does Foster think that is, and what makes Lisa Jamison stand out from the rest?

“Journalists,” Foster says, “can live out their dreams in crime fiction. Real-life journalism is fueled by cravings, but journalists are often prevented from fully satisfying those cravings. I am always curious about human nature, about what makes otherwise good people violate social codes and their own moral standards to commit crimes. I am driven by a craving for that kind of truth. In real life, I might only be able to dig so deep before I hit a wall. The killer might never be found. He or she might not open up to me. Family and friends might not want to talk. Any number of factors are potential obstacles to that truth.

“The only obstacles in fiction,” she says, “are those I create. Fictional journalists don’t have to shy away from danger. They are the protagonists, often of serial fiction. They might get hurt, but they’re not going to die. I couldn’t have done half the things Lisa Jamison does. I might not be here right now if I’d tried. The journalists of crime novels also keep their jobs no matter how many times they go rogue on their editors. That might get you fired in a real newsroom. 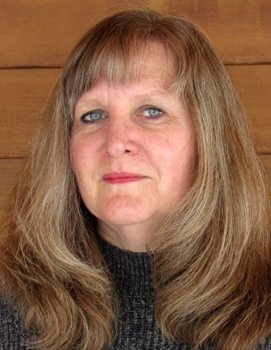 “Lisa Jamison stands out among fictional journalists because of the path she took to crime journalism and her motivations. She was a teen mom and a runaway who entered the system after witnessing a fatal game of Russian roulette. She put herself through college with a toddler in tow and hasn’t had a relationship with her parents since she was 15. She doesn’t fully understand her own motives, but deep down, she is searching for her own truth. She needs to know why her parents chose drugs over their own child, why her friend pulled the trigger that fatal night, why she didn’t end up like the rest of them. She needs to understand.”

Journalist as detective: what are the similarities and differences of the two jobs?

“Every good journalist is a detective, and most good journalists work double overtime for the sake of a great story, but a real journalist has daily deadlines and editors to worry about,” Foster says. “Job security is important. If you lose your job, you either go into PR or move to another newspaper in an entirely different city. The detectives of crime fiction, who also happen to be journalists, usually ignore daily deadlines and defy their editors. Yeah, they might get scolded or threatened by their editors, but in the end, when they break that huge story, all is forgiven.”

Foster has worked with editors as a journalist and now as a novelist. What makes a great editor? What does she expect from them?

“I expect a good newspaper editor to make my story better—to ensure that the story is factually correct, that I have collected solid evidence, that my sources are credible, that I have investigated the story from all perspectives, and that I have given the human element the weight it needs and deserves,” she says. “The editor must also ensure that the writing pulls people in and that I give readers all the information they need without losing them before the end.

“I expect the same from fiction editors, but I don’t expect them to have the expertise to know when I have made a factual or logical error in my novel. For that reason, it’s really important that I fact check myself through research or with the help of beta readers. I also expect fiction editors to work harder than newspaper editors on the flow and structure of my novel. Big, breaking news will pull people in regardless of the writing, but you can have the best plot ever for a novel and lose readers with poor writing.”

NEVER BROKEN takes on the serious topic of human trafficking. Why did Foster choose to delve into this subject, and what does she hope the reader takes away from the book?

“The seeds for NEVER BROKEN came from a ‘what if’ scenario: What if Lisa Jamison found a near-dead man in the back of her car?” she says. “The plot and the characters were enriched by a book I read while the story was gestating, A Crime So Monstrous: Face to Face with Modern-Day Slavery by E. Benjamin Skinner. The book opened my eyes to the suffering of human trafficking victims in ways that nothing else had. I was especially intrigued by the trauma these victims face when they are freed, and then have to re-enter the world. I’ve read a lot about victims of sex trafficking and efforts to re-integrate them, but not as much about other enslaved people. That is how I settled on sweatshops. I wanted to show how an average person could become enslaved and what that might do to them. I want readers to empathize with Saul, to understand that what happened to him could happen to anyone.”

Foster tells this story through two different points of views: Lisa and her best friend Dorothy. What was behind that choice, and what did she hope to gain from writing the novel in that way?

“Honestly,” she says, “I find I am often bored by stories that are told from one perspective. Sometimes it works, but I feel strongly that serial fiction should introduce other characters who can provide fresh perspectives and give readers someone else to invest in. I grew to love Dorothy in the first novel and to know and understand her well. She seemed like the perfect choice, especially given how important she is to Lisa. She is also important to our understanding of Saul. She shows us a side of Saul that Lisa can’t access.”

We asked Foster to describe the role of a “sensitivity reader.”

“A sensitivity reader,” she says, “is a beta reader who has experience and knowledge of a culture represented in the book and who reads the unpublished novel with a special focus on any content that might be offensive to that culture through misrepresentation, stereotypes, bias, or a general lack of understanding. In NEVER BROKEN, there is a strong focus on White supremacy. Also, a prominent secondary character, Saul, is Black. I am not Black, and I don’t pretend to be so self-aware that I will always recognize my own ignorance. I knew I needed a sensitivity reader, so I hired one. I’m glad I did. It was a good experience.”

Finally, if Foster could put together her dream panel for ThrillerFest—participants need not still be alive to be invited—who would be on it, why, and what would the topic be?

“That is a tough one,” she admits. “There are so many possibilities! Jack the Ripper is an obvious one. I want to know who he was, why he killed, and how he went undetected. In fact, I would probably fill the whole panel with people who have killed and were never caught, so I could learn more about their motivations and their successes in remaining undiscovered. Maybe the Zodiac Killer, the person who killed JonBenet Ramsey, and then others whose murders are lesser known. I really want to understand why.”

Lori Duffy Foster is a former crime reporter who writes from the hills of Northern Pennsylvania. She was born and raised in the Adirondack Mountains of New York State, where a part of her heart remains. NEVER BROKEN is Book Two in her Lisa Jamison Mystery Series. Book One, A Dead Man’s Eyes, released in April of 2021. For more than a decade, she covered crime and other beats for The (Syracuse, NY) Post-Standard. Her short fiction has appeared in the journal Aethlon and in the anthologies Short Story America and Childhood Regained. Her nonfiction has appeared in Healthy Living, Running Times, Literary Mama, Crimespree, and Mountain Home magazines. Lori is a member of Mystery Writers of America, Sisters in Crime, The Historical Novel Society, International Thriller Writers, and Pennwriters. She also sits on the board of the Knoxville (PA) Public Library.