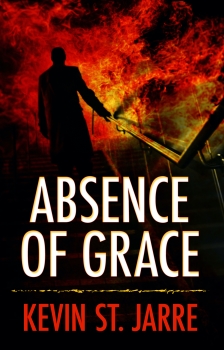 Former NYPD detective Jack Killarney attempted to leave the darker side of society behind when he moved to a small coastal town in Maine. However, when a horrific crime is committed there, Jack realizes there is no place so idyllic that evil does not eventually come calling.

Jack becomes obsessed with understanding evil and how and why such atrocities can occur. His investigation and research lead him to Professor Vivian Rueil, an expert on the topic of evil. She is brilliant and skeptical and is as emotionally scarred as he is. Jack and Vivian discover a pattern to evil, and this launches them on an international search from South Sudan to Israel to Pakistan, pursuing the pattern and attempting to thwart the next human tragedy. Ultimately, they are hunting for something older than psychology, philosophy, and religion. They just might find it.

For me, plot often takes shape first, stemming from a “What if” question. With this novel, I began to wonder if those who more often see the evil that people do, first responders like police, if they reach their limit and withdraw. Then it occurred to me…what if someone withdrew as far as he could from the evil he experienced, and then that evil followed him? In essence, he would be cornered and, no longer able to choose flight, he would go on the offensive against the very concept of evil. 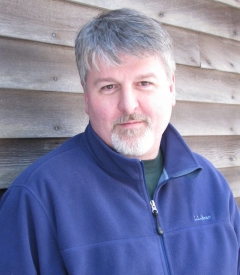 The pacing and the opportunity to try each time to attempt to create a thinking person’s thriller at that pace. I like to blend thrills with a drive to understand the world around the main characters, and for the characters to find their own limits and push through them.

The biggest challenge was keeping the reader off-balance and interested without overdoing it, and the biggest opportunity was the chance to explore a concept like evil itself from different perspectives.

Overlapping belief systems, concepts of evil in the universe, and then some key concepts I had to learn from professors of geography while writing. I’m grateful for their help and their patience!

It explores madness, evil, human motivation, and asks what human beings might be causing simply with their expectations…

Kent Anderson’s Sympathy for the Devil was hugely influential because of the imagery Kent is able to create, and the dialogue is so spot on. I don’t think there is a single clunker piece of dialogue in the entire novel.

Q: Couldn’t this novel mean different things to different readers, and did you do that on purpose?

A: Yes, and yes. In fact, I hope if the same person read it more than once, they would get something completely different each time.

Kevin St. Jarre is the author of The Twin (October 2021, Encircle Publications). His next novel, ABSENCE OF GRACE, is due to be published in April 2022. He’s a published poet and essayist, and his Pushcart-nominated short fiction has appeared in journals such as Story and Solstice Literary Magazine. He has worked as a teacher, a newspaper reporter, and he earned an MFA in Creative Writing from the Stonecoast program. He is a member of MWPA, NHWP, and the International Thriller Writers. Follow Kevin on Twitter @kstjarre. Kevin now lives in Cape Elizabeth, Maine, but grew up in its northernmost town of Madawaska.