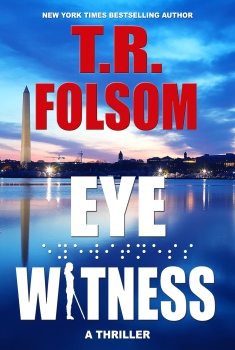 It’s not paranoia if they’re really after you…

Blind music teacher Emily Warner regains her eyesight through a transplant. But her newfound vision catapults her onto a path that is fraught with danger. As she begins to investigate the strange things she sees, she realizes that the visions she has, belong to her cornea donor…. and that her donor’s death was no accident.

When she decides to prove that her donor was murdered, she draws the attention of the killer onto herself. But no matter the danger she’s putting herself in, she has to expose him, before another young girl will die at his hand… and before Emily becomes his next victim.

I’m a heavily plot-driven writer. I come up with the premise first before I figure out who the characters are. I often see specific scenes in my head, and then I build a plot around it. I plotted this book from scene one to the end, before I ever wrote a single word of the manuscript. For me, it’s like a movie. I have to see everything that happens before I can put it down on paper. 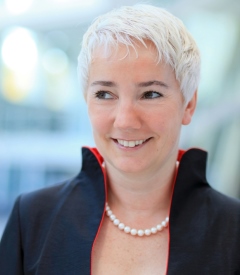 I love thrillers because I get to delve into a world that’s so different from my own, and experience something that I would be way too chicken to do in real life. Would you believe me if I told you that in order to relax in the evenings, I watch Forensic Files on TV? It’s crazy, but there’s something comforting about watching how in the end justice prevails.

Because I wrote over 40 romances (with lots of suspense in them) where I generally only had two POVs in a book, the challenge was to incorporate more POVs to give the book more texture and deepen the plot. But that was also the opportunity: I was able to get into the head of the villain and write several scenes in his POV without giving away who he is. That was a lot of fun. I love my villains!

Most of my previous books were somewhere in the 250-to-300-page range, but I realized really early on when plotting this thriller that this book would be much longer, in fact over 400 pages. And that was without what I call “fillers.” What I consider fillers are endless descriptions of the surroundings as well as clothing, just anything that’s really not important to the plot or the understanding of the characters.

Definitely Harlan Coben, Michael Connelly, and David Baldacci. I love them all for different reasons. Baldacci’s book Absolute Power was one of my favorites. What I loved was that the reader knew who the killer was, but it didn’t take away from the suspense of what would happen, and how the truth would come out. Michael Connelly’s Harry Bosch character is one of my favorite characters. There’s so much depth in Bosch, and that’s what keeps me coming back to him. And finally, Harlan Coben. He’s the master of twists and secrets from the past. I’m learning so much from his books.

T.R. Folsom was a globetrotter before she started writing for a living. She worked on a cruise ship in the Mediterranean, traveled around the world in her late 20s, and spent time in Bali, Malaysia, Australia, New Zealand, and the Pacific Islands, before accepting a mundane job as an accountant in London, England. She stayed there for eight years, before she came to the US, where she studied acting and screenwriting, before accepting yet another mundane accounting job, this time in San Francisco.

Her husband, whom she met in Los Angeles, is credited for finally making her stay put in one place. They now live in San Clemente with their goldendoodle.

T.R. Folsom has written 43 romances under her pen name Tina Folsom and hit the New York Times and USA Today bestseller lists with her Scanguards Vampires series. Needing a new challenge in her writing career, she’s switched to thrillers and suspense.