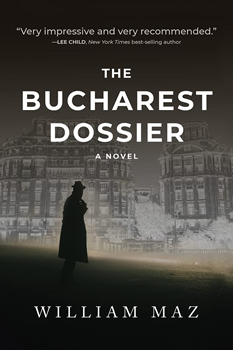 Professor Andrei Pincus left through the rear door of the Harvard Faculty Club wearing another man’s coat. He had chosen it at random, as he had been trained, eyes closed, taking the first coat his hands grabbed. It was not luck that caused him to choose a man’s coat. He knew that very few female professors used the Faculty Club, a fact that he regularly bemoaned. The coat was a short parka lined with fur—something he would normally not be caught dead in. He preferred the old European-style black cashmere topcoat that reached down below his arthritic knees. Still, he had to admit that this American style was more practical. The fur made it warmer than his own, and the hood, which he had pulled over his head before leaving the club, provided protection from the bitter wind. The East Coast had been suffering under an arctic blast for days, the biting cold driving his colleagues to scurry from one building to another, finally settling into the plush red leather chairs of the Faculty Club with a glass of hot cider and a pipe to finish off the day. But the hood had the added virtue of obscuring his face from prying eyes, which had become of vital concern to him lately. He would return the coat in the morning with apologies.

It was silly of him, really, and he hoped that no one, especially the Agency, would ever hear of his behavior. And yet, lately he had felt the need to fall back on his old spycraft. He was convinced he was being followed, even though he hadn’t actually seen any signs of it. In the old days his instincts had been legendary, and he had learned to trust them. Still, that had been decades ago. For the past twenty years all he had ever been asked to do was recruit an occasional Harvard man or woman for the second-oldest profession. For that he was grateful, for he knew his aging heart could no longer take the rigorous exploits of his younger days.

He plodded down the snow-covered pathway through Harvard Yard and onto the side streets of Cambridge until he reached an old Colonial house, the faculty housing that he had called home for the past forty years. He could have afforded something larger, but what was the point? The house was full of memories of his beloved wife, and leaving it would mean abandoning her. If anything, the house now felt too large and empty. And with his recent premonitions of something dire about to take place, the house felt almost daunting. Still, he decided that if he had to die he would die here, in this familiar space, where he and his dear wife of fifty-two years had been so happy.

He’d never thought that he would be so lucky, that America would welcome a Jew from Romania with such open arms. And with a full professorship at Harvard, no less. Yes, he taught one of those obscure Eastern European languages that no one heard of and, yes, it paid less than he would make in one of those international corporations that did business in Romania. But there was only one Harvard in the world, and he was part of it.

He climbed the wooden steps to his house, unlocked the door, and entered. For a moment he thought he was greeted by a waft of warm air redolent with the smell of cooking, his wife’s stuffed cabbage or famous schnitzel. He heard the television, which was perpetually on, whether or not he was at home. It gave him a sense of being part of the world, among friends he wished he could have but knew he never would. When he turned on the light he thought he saw his wife sitting on the couch watching reruns of Perry Mason and trying to figure out the identity of the murderer. He blinked a few times, causing his wife to metamorphose into a man dressed in a black overcoat and wearing gloves. He was smoking a cigarette and dropping its ashes into a glass of water.

“Come inside, Professor, and get warm. The night is too cold even for a dog.” The man spoke Romanian like a native.

Pincus stood frozen, shocked and yet not surprised. His instincts had warned him, and now here it was. The arm of the Securitate, his nightmare, had reached all the way to America.

The man dropped the cigarette butt into the glass and stood. He was thin and tall, in his fifties or so, with graying hair. His face was all bone and angles, his skin tight, yet marked with shallow crevices. An aged, experienced collector of souls.

“What is that silly coat you’re wearing? You look ridiculous in it.”

“Why have you come for me?” Pincus asked in Romanian, then slid onto the couch, his knees hurting as he bent them.

“The chickens have come home to roost, Professor,” the man said, now towering over him. “For years you’ve been agitating with false propaganda against your country, writing articles, giving speeches. Now you are even on a White House committee, spreading your filthy lies to those in the highest levels of the American government.”

“I am simply stating the facts,” Pincus said, though he knew the man had no interest in facts.

“You have been convicted in absentia of treason,” the man continued, “and we all know what the sentence is.” 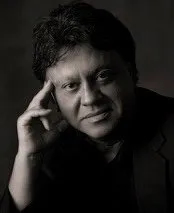 He held up a bottle of tsuika, Romanian plum brandy, which Pincus kept in his cabinet, and poured a glass for Pincus. He then picked up his own half-drunk glass and raised it. “Noroc! Have your last glass of tsuika with me to remind you of the country you have betrayed.”

“You are the ones who have betrayed it, you and the other criminals who have run our once-beautiful land into the ground.” Pincus swallowed the tsuika then banged the glass on the table. “The thousands you have killed and starved, and for what? You will go down in the dustbin of history as an abomination to the free spirit of mankind.”

The man laughed. “You are a gifted orator. I don’t understand why we haven’t taken care of you earlier.”

“Why now, then?” Pincus asked. “It makes no difference if I live or die. You’re finished either way.”

“You want information, is that it? Tell me what you want.”

“I’m not interested in any information, Professor. I’m just here to carry out justice. I can’t count on God to do it.”

“There is money,” Pincus said, his voice betraying a faint hope. “America is swimming in it. I can get you however much you want: a million, two million? You don’t have to do anything but walk away and report that you accomplished your mission. I’ll just disappear. You’ll never see my face again.”

“What will I do with all those dollars?” The man laughed. “If I try to spend it in the West, they’ll find out and hunt me down.” The man shook his head.

“Do what you want with me, then,” Pincus said. “But your soul will boil in hell, if God is at all just.”

“Damn God, and damn my soul.” The tall man spat, placed the glass on the table, then removed something from his jacket pocket. It took a moment for Pincus to realize that it was a syringe with a long needle. Good. Death would come quickly. In a moment he would be with his dear wife, which he now realized was where he had been craving to be ever since her death.

In one swift motion the man grabbed Pincus’s white hair, pulled back his head, and plunged the long needle into one of his nostrils. He felt a sharp pain, then a fire exploded somewhere deep inside his head. Within seconds the muscles throughout his body began to contract, each muscle fiber seeming to twitch and slither independently, like worms. Then it all stopped. His arms and legs relaxed, then his chest muscles, and finally his diaphragm. He slumped into the soft cushions, still awake and aware, yet unable to take a breath. He saw the man standing over him, smiling, waiting. He tried to calm his mind, to prevent the panic. A flash of memory of his childhood nightmares, waking up partially paralyzed, but this was worse, much worse. His mind was now screaming for air but his body didn’t respond. A voice in his head started laughing. He would be caught dead in this silly coat after all. A wave of panic now overtook him, his mind frenzied, crying out. Is this it? The end? Please God, let it be quick.

And then, as if his prayers were answered, it all grew quiet. As he felt himself drift off, he saw his wife, young again, the way she had been when they met, smiling and beckoning him with open arms.

I was born in Bucharest, Romania of Greek parents who emigrated to Romania from Greece during the years between WWI and WWII when Romania was a wealthy constitutional monarchy. They met in Bucharest and married. Romania became a communist state when the Russian invaded after WWII and they were not allowed to leave. They had two children, my brother and myself. After years of trying to leave Romania, our family was finally allowed to emigrate to Greece, where we spent two years in a refugee camp. We then emigrated to the US when I was eight years old and I grew up in Worcester, MA. I attended public schools, Harvard University, Mount Sinai School of Medicine, and Yale residency.

I practiced medicine for over twenty years during which I was the Director of Anesthesiology at two different hospitals. During this time, I studied fiction writing at Harvard, The New School, The Writer’s Studio in New York, and for a year with Gordon Lish. At some point, I decided to retire from medicine and pursue my passion for writing. I am presently writing full time and divide my time between Pennsylvania and New York. I am happily married to a surgeon and we have no children.