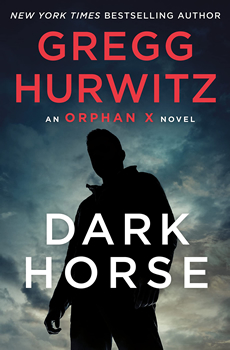 Bestselling author Gregg Hurwitz isn’t one to shy away from a challenge. He views every new project, every book, as a call to action. His mission? To write something better than he’s written before.

He demands this same level of excellence from his characters, including Evan Smoak, the unlikely hero of Hurwitz’s Orphan X series. In this latest installment, DARK HORSE, Smoak is tasked with his most challenging mission yet—and that’s saying something.

In Hurwitz’s seventh Orphan X novel, Smoak (AKA the Nowhere Man) is approached by a South Texas drug lord to help him find his 18-year-old daughter, who has been kidnapped by a Mexican cartel. Aragón Urrea may be the kind of man Smoak is used to assassinating, not helping, but Anjelina is innocent—and that matters.

Still, the decision to help doesn’t come lightly to Smoak, who spends a lot of this action-packed, page-turning thriller examining his own life and decisions.

In this interview for The Big Thrill, Hurwitz digs deeper into why now was the right time for Smoak to answer a question that’s been niggling at him since the start of the series, why he no longer writes villains, and how he juggles his impressive workload. 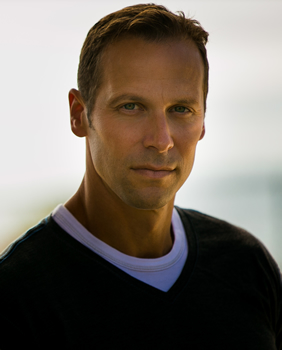 I always knew that one day, the Nowhere Man’s anonymous phone line (1-855-2-NOWHERE) would ring, and the person on the other end needing Evan’s help… would be someone who Evan would assassinate under different circumstances.

The voice on the other end of the line is Aragón Urrea, a man nearly broken with grief.

He calls himself an “unconventional businessman.” But he’s sort of Cartel 2.0, Netflix to Blockbuster, who runs an enormous drug operation that skirts international law. He’s also a beloved patrón to his town in South Texas, providing money for good roads and schools, businesses and care for the elderly. He also provides his own brand of rough justice for the community, not unlike the justice Evan carries out himself.

But his 18-year-old daughter has been kidnapped by a rival cartel leader, a psychopath who goes by El Moreno, or the Dark Man. She’s an innocent being punished for the sins of her father. And Evan has to decide whether he can ignore Aragón the drug runner and help Aragón the father. It’s certainly the most morally complex story I’ve written, one in which Evan has to ask himself: Can a bad man be saved?

It’s a question he’s asked himself every day since he left the Orphan Program. Perhaps in doing this mission for Aragón, he can not only save an innocent girl but find a different kind of understanding of himself. 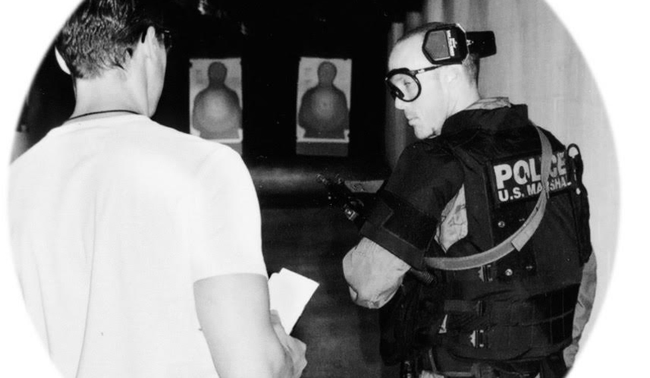 I know your approach to protagonists is the concept of “ordinary people doing extraordinary things”—and that’s certainly the case for Evan. But you also create some formidable antagonists, and you have a great one in DARK HORSE. What’s your approach to creating bad guys?

I no longer create villains. I create antagonists, with their own world view that is at least a little bit relatable. I used to think that putting my “good guy” up against a “bad guy” would make my good guy more good. But it’s not the case. It’s when my protagonist slams into someone whose perspective is to some extent valid, and when he or she triumphs over the chaos introduced by that collision, that they show greater mettle. It also makes all the characters more interesting to me. 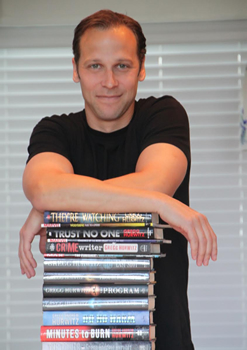 Hurwitz with his first 10 books and first three comics

In DARK HORSE, Evan ultimately confronts a question that’s been niggling at him throughout the series—should he help a bad man? You created such a great muse for that question in Aragón Urrea, who is such a non-conventional genre character. Why was now the time for Evan to grapple with this question head on, and how did Aragón play into that decision?

That’s a great question. In Prodigal Son, we went back to Evan’s past, to the foster home where he was brought up, in a story about provenance. A woman claiming to be his mother calls him and tears a hole in the universe as he knows it. After that mission and what he had to reconcile on it, he was cracked open in a different way. I thought it was time to introduce him to a different kind of threat in Aragón and the mission brought forth. And like all threats, it also holds opportunity.

DARK HORSE takes us deep into drug cartel territory. Fiction is no stranger to this “plot,” but your scenes feel authentic (in my very limited cartel experience, of course!). Was much research required? Was there anything in the research that surprised you?

I certainly exposed myself to some horrific stuff (videos, interviews, etc.) about cartel atrocities to make sure I viscerally understand the darkness I was writing about. I did have a lot of conversations with my friend, the brilliant writer Luis Urrea (I stole his last name for Aragón) about this world, and to make sure I got aspects of the culture right. He was generous and openhearted and steered me to some new directions that hadn’t yet been covered by those who have already written beautifully and with great nuance about the cartels, like T. Jefferson Parker and Don Winslow.

One of the (many) things that make your Orphan X books stand out is that amid the pulse-pounding action, you take us deep under the surface of the characters—there’s a lot of soul searching and emotional complexity. What is the importance of that to you as an author?

Character is everything. Without it, we’re only getting punched in the face with plot. 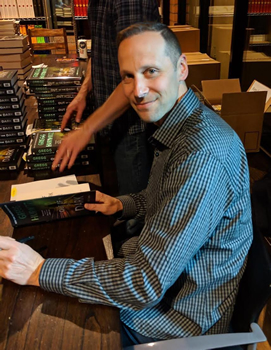 Hurwitz signs copies of his 2019 Orphan X installment Out of the Dark.

I read a review of this book in which one fan said, “The author had to have just poured himself into the creation process for a long time.” And while I know you do pour yourself into each project, you have a lot on the go. What does a typical Gregg Hurwitz day look like?

It’s gotten to the point where there is no typical day, which of course is a curse and a blessing. There’s a great essay in Michael Chabon’s Manhood for Amateurs, where he talks about wanting to get to his old writing routine after having a bunch of kids and finally realizing that there is no getting back to any old routine. And I feel that way. It’s only about moving forward and building new habits.

Series characters are somewhat of a thriller genre staple, and there have been a number that have carried on for years with tremendous success. Evan is a character that certainly can stand the test of time, and in this seventh book, he’s been through so much but still keeps going. What is your long-term vision for Evan?

To keep growing with him, to keep chewing on the same problems in a different realm, and to keep writing him as long as readers want to read him. 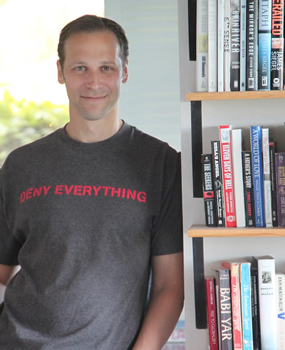 As you know, The Big Thrill is as much for aspiring writers as it is for thriller readers. What advice would you share on how to create the kind of character that can carry on a series? What attributes are different, if any?

It’s not your characters’ strengths that connect them to your readers. It’s their flaws. The places where shame and inadequacy lurk, where they act in a way they wish they hadn’t, when they misstep and come apart. Nothing is more relatable than when you see through the tough exterior of a person to the vulnerability beneath. To do that effectively for your characters, I believe you have to be willing to do that with yourself.

Is there anything you can share about the next Orphan X book? (Or any of your other upcoming projects?)

I just launched a creator-owned comic called Knighted, my first return to graphic novels since my two-year run on Batman at DC. And along with my friend Philip Eisner (an incredible screenwriter with whom I created last year’s Jason Momoa movie Sweet Girl), we are trying to move a new script called Sabine toward production over at Screen Gems.