Digging up a Great Hook 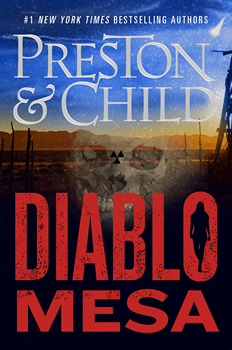 While Old Bones deals with the infamous lost camp of the Donner Party tragedy, and The Scorpion’s Tail thrills with mummified corpses and lost Spanish gold, the third book in the Nora Kelly series by Douglas Preston and Lincoln Child, DIABLO MESA, touches upon one of the most enduring and popular topics of the past 70 years. In their search for interesting ways in which the work of an archaeologist can intersect with an FBI agent, the authors thought a dig involving the Roswell site would be a great hook. They were right.

“The familiarity was actually one of the things that made the story interesting to us,” the authors say. “Roswell, like Area 51, etc., is hardly unknown to many thriller readers. We saw an opportunity to surprise people by coming at the story from a completely different angle—an angle that, in light of everything that’s been disclosed about UFOs (or the more recent term, UAPs) in recent years, seems to us alarmingly credible as opposed to another ‘space alien’ tale of appropriated technology, organ harvesting, etc.”

At the beginning of DIABLO MESA, we find Nora Kelly in an uncomfortable and unfair position in the Santa Fe Institute of Archaeology, a remnant from the previous book in the series, The Scorpion’s Tail. In fact, she’s driven to the limit when her bosses try pressuring her into accepting a new project. Lucas Tappan, a wealthy and eccentric billionaire and founder of Icarus Space Systems, approaches the Archaeological Institute with a proposal for an excavation—and a hefty donation. Hoping to bring welcome publicity to the privatized space travel industry, he wants to finance a careful, scientific archaeological excavation of the 1947 Roswell Incident site.

There’s only one problem: Nora Kelly wants nothing to do with what she considers a sensationalist and unscientific dig. 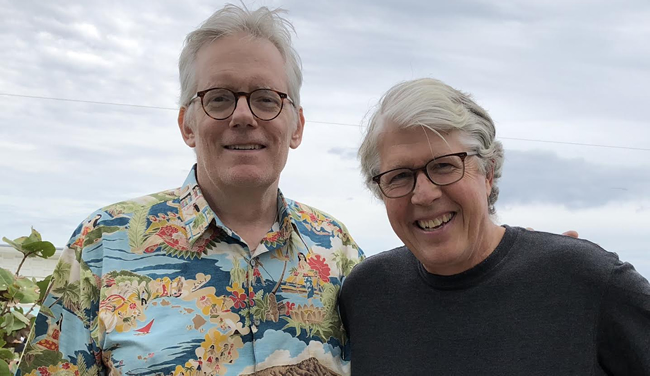 “We knew from the beginning that the space billionaire mantle would be hard for Tappan to shrug off,” the authors say, “and in fact, he undoubtedly comes across early on as a grown-up kid indulging in his childhood interests. That was something we’d built into the story. But we also worked hard as the book went on to have Tappan break that stereotype and become a nuanced character. In fact, our interest in his primary occupation—we had intended a subplot involving his wind farms—fell away as we concentrated on the man himself.”

Also returning for another ride is the character that may very well be low-key-stealing the spotlight from the series’ main protagonist.

“We’ve had a lot of fun watching Corrie Swanson grow and blossom from the rebel without a cause of Still Life with Crows into the FBI agent she now is. She remains a fledgling agent, of course, so in lots of ways she’s still growing—but now, growing into the job. In this book, we see her forced to mature into a seasoned agent more quickly than expected, and for a tragic reason.”

After a well-crafted introductory scene, readers get to meet a new character named Mr. Lime as he stumbles into a crime in progress.

“We wanted to show Lime as a fully developed character, with a backstory that the reader can sympathize if not identify with—so that when he ultimately swings into action, the reader will perhaps feel a little more conflicted about him than they would with a one-dimensional side character.”

Writing authentically about a dig site in the area was easy, as Douglas Preston has ridden all over the southwest on horseback, and lives part of the year in Santa Fe.

As for the topic of Roswell itself, the authors say, “Of course, there is so much material out there—official, unofficial, or simply bizarre—about Roswell and its significance that we were faced with a deluge of information. Our job became selecting just those aspects of the site, clichéd or not, that we could stand on their heads…as the true nature of what our characters discover slowly reveals itself in the last act of the book.” 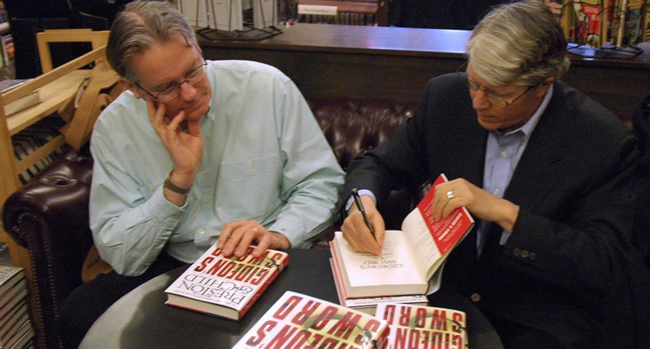 In addition to their work together, each of the co-authors enjoys separate careers and success. Lincoln Child has recently finished a new thriller in his Jeremy Logan series, Chrysalis, which will come out during the summer of 2022.

Douglas Preston is also involved in a fantastic project called the Santa Fe Adventure Train, a private vintage railway that runs between Santa Fe and Lamy, New Mexico. It enjoyed huge success on its Christmas 2021 runs and is offering more and more adventures—in some beautifully-restored and elegant old passenger cars, with two remarkably decorated locomotives—into 2022. Learn more at skyrailway.com.

The duo are also hard at work now on the next Pendergast novel, following in the wake of the recent #1 New York Times bestselling Bloodless.