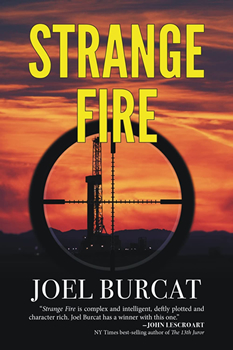 On the surface, Joel Burcat’s new novel STRANGE FIRE is about fracking and the harm it causes to the residents of a small town. But below the surface, the Burcat says the novel is about personal growth and coming of age—the reader will witness protagonist Mike Jacobs growing as a person, a lawyer, and a man.

The Big Thrill recently caught with Burcat to discuss the idea the prompted the novel, the personal growth of his characters, and the challenges he faced after he was declared legally blind a few years ago.

How did the story for STRANGE FIRE originate?

As an environmental lawyer, and a lawyer who has had a lot of experience working with the oil and gas industry, I wanted to write a story about “fracking.” From a career perspective, it was the right time as I’d retired before I began writing the story. It’s based on cases I have read, the types of people I have met, and a few personal stories. It is not based on any particular event, company, or person. 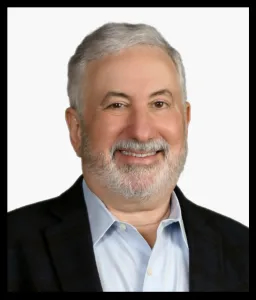 As this is Mike Jacobs’ third novel, how much has he changed from the first book?

I very intentionally had Mike grow in the arc of the three novels. While you could read any of the novels and be able to enjoy them as a standalone, when you read all three you see how Mike has transformed. Even though, deep down he is a good guy, he was incredibly naïve and somewhat self-centered in the first book, Drink to Every Beast. He grew considerably in the second, Amid Rage. By STRANGE FIRE we see a man who has grown and become a genuinely good man. Also, he has grown as a lawyer in the course of the three books. This growth was intentional. Even though I didn’t plot out the details, I knew there would be at least three books in the series and wanted to have Mike grow through the course of the series.

What was the research like for a novel about fracking?

Fortunately for me, I had a good base of knowledge on fracking, environmental issues, corporate America, government agencies, and the like. I did a lot of research to get the details right. Also, I consulted with geologists and people in the industry to make sure the details were correct. While this book is not intended to be Oil and Gas Drilling 101, I wanted readers to learn something and have that be correct. At the same time, I wanted my readers to enjoy the story. It’s a balance. A lot of research went into this story and a lot of work to make it readable.

Why did you select such a topic?

For me, it was the right time to write this story. I know a lot about the industry and law. I edited the pre-eminent book on oil and gas law in Pennsylvania, The Law of Oil and Gas in Pennsylvania. I retired from practice just before I began writing this story, so I didn’t feel I would have any conflicts when I wrote the story. Also, I believe people are interested in fracking and climate change.

What do you expect readers to get out of your book once they’ve reached the end?

I expect—and hope—that readers will enjoy it as a great legal thriller. It’s important to me they learn about fracking. I worked very hard to present both sides in the novel. While this is not a textbook on hydraulic fracturing in the Marcellus Shale region, my readers will learn a lot about the drilling process. They will also learn about the pro and con arguments, as well as learn something about climate change. All of this is done while they are being entertained.

Do you plot your novels before you write them?

Generally speaking, I don’t outline my stories. I determine where the story should begin (always a challenge) and how it will end (something I figure out early in my writing). I often outline difficult stretches of my books or places where things have to go just so, and I did that here in several spots. But for the most part, I didn’t outline this story.

Tell us about your writing method.

Ever since I retired from practicing law, I get up in the morning, have a cup of coffee and go to my writing room. I try to write without interruption until I get hungry for lunch, generally about noon to 1 pm. Then I take a break and sometimes write some more in the afternoon. Most afternoons are devoted to what I call the “business of books.” That is, all of that stuff we have to do to make sure our book is published and marketed appropriately. I try to get some exercise every afternoon. I do this six days a week. When I practiced law, I did all of my writing from about 8 pm until about midnight, most nights of the week.

I’ve actually completed three new novels. I am editing or rewriting all of them and hoping to have them published over the next year or so. Also, I have other books underway, including another Mike Jacobs installment.

From lawyer to author is quite the career switch, what prompted it?

I have an eye disease called bilateral non-arteritic anterior ischemic optic neuropathy (NAION). Sometimes it’s called a “stroke of the eye.” The short description is that I had blood clots adjacent to my optic nerve in my eyeballs that killed some of the nerve fibers in the optic nerve. I had this happen in my left eye in July 2016. That made me legally blind in that eye. On January 7, 2018, it began to afflict my right eye. The disease takes about six to eight weeks to run its course. When it was done, I had permanent blindness in my right eye. I had to give up my law practice and go into an unplanned, early retirement.

In late February of 2018, I was home on disability, moping around feeling sorry for myself and saw a program on TV about an amputee who learned how to ski. It was very challenging, but doable. It made me think about what would the legally blind equivalent be? I decided to write a novel. Also very challenging, but doable. I wrote STRANGE FIRE in seven weeks beginning in March 2018 after I became legally blind.

As a practicing environmental lawyer, Joel Burcat writes environmental legal thrillers that are both electrifying and accurate. His published shorter works range from thrillers about “the best beer I’ve ever had” to a middle-aged lawyer running off to Italy, jeopardizing the lives and careers of his young associates.

Burcat’s writings explore many facets of life, although he has a true fascination with unexpected twists. His characters’ reasons for doing things are as important as their actions. From the person lying in bed next to you to psychopathic strip mine operators, each has an underlying motive to be explored and revealed.

In addition to his fiction, Joel has edited the two pre-eminent books on environmental and oil and gas law in Pennsylvania, both of which have received international awards. He edited (along with Terry Bossert), seven editions of PENNSYLVANIA ENVIRONMENTAL LAW & PRACTICE (Pa. Bar Institute Press). In 1999, the second edition won the Outstanding Achievement Award in the Best Publication Category in the annual contest sponsored by the International Association for Continuing Legal Education.

He also edited (along with Steven Saunders) the first two editions of THE LAW OF OIL AND GAS IN PENNSYLVANIA (Pa. Bar Institute Press). In 2015, the first edition won the Award of Outstanding Achievement in Publications in the annual contest sponsored by the International Association for Continuing Legal Education.

Burcat grew up in Philadelphia. He has two grown daughters, a son-in-law, and two grandchildren. He lives with his wife in Harrisburg, Pennsylvania, the place that provides the setting for many of his stories.