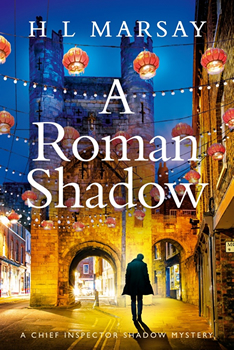 H.L. Marsay has always loved detective stories and promised herself that one day, she’d write one too. She made good on that promise in 2021, with the launch of her Chief Inspector Shadow mystery series.

Living in York—a city with history and mysteries—Marsay says she’s never short on story ideas. Soon came the inspiration for more Inspector Shadow books, with the fourth—A ROMAN SHADOW—launching this month. In it, Detective Chief Inspector Shadow finds himself busy with two prominent cases—the theft of valuable Roman artifacts from a museum, and the report of a missing Chinese tourist. Shadow soon finds a connection between the two cases.

As always, Shadow has a culprit in mind—but can he find the proof?

THE ROMAN SHADOW is part of a planned five-book series, with the last installment, A Forgotten Shadow, slated for release this summer.

Marsay is clearly prolific! Below, she took time out of her busy schedule to share a bit more insight into her latest release and why living in York is a perfect backdrop for making her writing dreams come true.

My characters often surprise me and ended up doing something I hadn’t planned for them. In A ROMAN SHADOW, this is particularly true of Stephanie. Initially, I thought she would just be a secretary, and really only there to show how stupid her husband is. However, as I was writing, her whole backstory came into my head, and she turned out to be far more important than I ever expected. 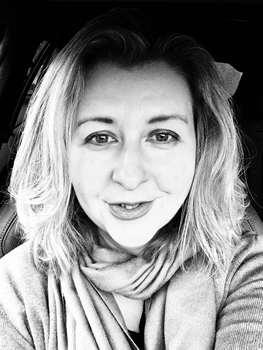 As with all the books in the Chief Inspector Shadow Mysteries, I hope the readers learn a little more about York, the city where the story is set and a place I love.

Although York is a small city, it’s crammed full of history. Everyone from the Vikings to the Victorians have left their mark, but this book focuses on what the Romans left behind. It also has plenty of dark alleyways and hidden corners, so it’s the perfect place to plot a mystery.

The biggest influence has to be the Queen of Crime, Agatha Christie! Not only did she create two of the world’s most famous detectives, but she had an incredible knowledge of poisons and took part in some amazing archaeological digs too.

I should also mention Behind the Scenes at the Museum by Kate Atkinson. This was the first book I read that was set in York, and I absolutely loved it!

H.L. Marsay has always loved detective stories and promised herself that one day, she would write one too. Living in York, a city full of history and mystery, she is never short of inspiration.

When she isn’t coming up with new ways to bump people off, she enjoys red wine, dark chocolate, and blue cheese—not necessarily together! On the rare occasions when it isn’t raining in North Yorkshire, she can be found tramping across the windswept moors with the five men in her life—two sons, two dogs, and one husband!