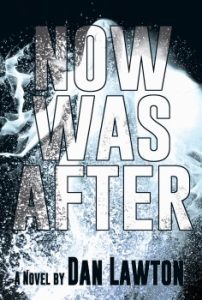 In the follow-up to That Was Before, Randolph Spiers barely has time to breathe and recover from the con that changed everything—and he’s not alone.

Sheila Backe has vanished, and the chase is on. Foes become friends as Randolph and Benji Griffin team up as the most unlikely of partnerships goes international, following the trail to the South Pacific Island of Fiji.

INTERPOL investigator Gary O’Reilly has boots on the ground back in the States and feeds the duo information, and what they find on the island is a ruthless cat-and-mouse trail of deceit. Their search quickly morphs into something far more than they bargained for, and the hunters become the hunted.

Not only that, but trouble is brewing at home. Even as Randolph tries to put the past behind him, he can’t escape his problems and deepest fears-or the people behind them.

And he still doesn’t know who to trust.

Dan Lawton recently spent some time with The Big Thrill discussing his latest thriller, NOW WAS AFTER:

Since this is a sequel (the second book in a three-book series), the characters came first. Plot was a close second, as I knew what the journey would be.

It’s a good balance of an entertaining thriller—exciting plot, intimate relationships, and lots of suspense.

Even with the general idea known ahead of time—especially since it’s the second in a three-book series—the story goes places you never imagine. As a writer, that’s the fun you need to work around.

Dan Lawton is an award-winning literary suspense, mystery, and thriller author from New Hampshire. He is an active member of the International Thriller Writers (ITW) Organization. Awards include:

The Seven Truths of Hannah Baxter by Grant McKenzie