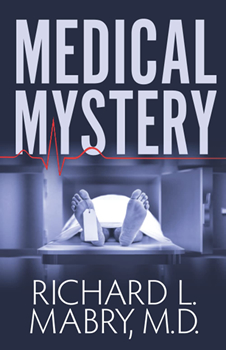 Though author Dr. Richard Mabry has published a number of novels and a few non-fiction books, MEDICAL MYSTERY, his latest work, is a novella. At 95 pages, it’s a sweet, fast-paced story of love, growth, and murder told from the point of view of two traumatized individuals who are attracted to one another but find it difficult to overcome their pasts.

Dr. Joe Adams is a well-respected family physician who never thought he could love again after the untimely death of his wife following six short years of marriage. Diane Macklin is a nurse who has worked in the emergency room for a decade and has given up on any hope of a successful romantic relationship after a horrible experience with her former fiancé.

Dr. Adams and Diane have known each other professionally for a while—they work side by side in the emergency room. And though their friends believe they are perfect for each other, their history of lost love makes them both hesitant to try again.

When Joe finally gets up the nerve to ask Diane out, and she decides to take a chance on him, they have an enjoyable evening on their date. Unfortunately, the potential for a romantic relationship is further complicated when Diane’s mother, and Dr. Adam’s patient, Ina Macklin, develops cardiac problems without any history of risk factors. Diane’s sister and brother-in-law provide an additional layer of confusion, and of course, there is the murder to consider.

Mabry is a retired ENT physician, and his background in medicine serves him well in writing this story. It’s obvious that he has dealt not only with other staff members in a hospital setting but understands the dynamics between family members and the interaction between health care providers with patients and their families.

In addition to his 36 years of experience in the medical field, Mabry spent three years in the Air Force as a captain and also served in the Baptist church as a deacon for almost 20 years.

In his latest interview with The Big Thrill, Mabry shares more about his journey to publication, the inspiration behind his latest story, and what he does when he isn’t pounding the keys for his latest work in progress. 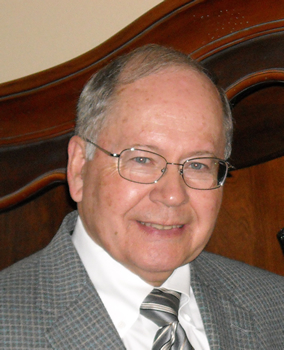 What made you decide to become an author? With your background in medicine have you ever written or had a desire to write non-fiction? How much have your experiences while practicing medicine provided the insightful facts woven into your novella?

I got into writing almost by accident. I wrote a non-fiction book, The Tender Scar, after the death of my first wife (it’s still in print, on the second edition). I had no idea of moving further forward until some authors at my first writing conference told me I should write fiction. I took that as a challenge, and 40 unsuccessful submissions later, I got an acceptance. My experiences in ENT played no part in my books but did allow me to understand the language when I needed to do some research.

Where did you get the inspiration for your current book, MEDICAL MYSTERY?

When the pandemic altered our way of life, I thought I was through with writing. My wife encouraged me to write some more, but her initial thought was about a nurse who tried to write in her spare time. I soon let that one go, but by then I was very entrenched in the lives of the two main characters. Eventually, I had a short work (a novella, when I looked at the word count), and I decided to publish it.

Do you have a favorite scene or scenes in your most recent work, and why?

They’re all favorites, but I think the attempted suicide in Joe’s office—when Diane finds that she truly loves Joe—is the turning point of the work.

As a man, is it difficult for you to write a female protagonist?

Definitely, but my wife (who has had some of the same experiences as Diane) is a great help.

In addition to writing “books with heart,” what else do you enjoy doing?

I used to play golf but haven’t gotten back into that since the pandemic drove us indoors. I read a lot. At home, I have a couple of bookcases filled with the works of my favorites, whose work I read and re-read.

You’ve said Robert Parker is your favorite author due to “the simplicity of his plots and the way he lays them out.” Is there a specific book he’s written which has impacted you more than others?

I don’t know that there’s a specific book of his, but when you read all that he wrote (and it was a lot), you see that most works are made up of simple declarative sentences—nothing cute, just telling the story. And his later books show that he kept improving—a good example to follow.

How did you choose the names of your characters?

Other than attempting to keep them simple and appropriate for their character, I just make them up.

Ina has a rescued dachshund, Bruce. Do you have a special affinity for rescued animals? Why did you make Bruce a dachshund?

I’ve attempted to incorporate a pet of some kind in my last few stories, especially when it seemed to fill a void. Although I have no animals at my house, our stepson married a woman with a dachshund mixed breed whom she rescued from a shelter, and I simply incorporated Winnie into the story (under a different name).

What have you never been asked but would like readers to know about you or your experience as a writer?

The main thing I want to emphasize is that my situation is different from that of the usual writers. Most writers look at writing as a full-time job, even if they have another full-time job that occupies them. That’s not me. I’m what Larry Block calls a “Sunday writer,” and I write because it gives me purpose. Only a few can support themselves by their writing, but even if only one person reads and is affected by your work, you will have succeeded. Don’t forget that.

Dr. Mabry is a retired physician, now writing “medical suspense with heart.” His previously published novels have garnered critical acclaim and been recognized by programs including the ACFW’s Carol Award, the Romantic Times’ Inspirational Book of the Year and its Reviewers’ Choice, the Inspirational Readers’ Choice, and the Selah Award.